Let’s talk serious about board games. We like to play them. We like to write about them. You like to play and read about them. But what is something that neither of us has ever done? Create one! Sure, maybe we’ve made custom house rules or pieces for a game we already own, but I’m talking about a made-from-scratch game that has never been done. New box, new rules, new components, new board…everything! Thanks to a brand new Kickstarter project I just learned about, you now have that chance!

There are 100’s of game projects on Kickstarter every year, some successful and many failures. Some even enjoy wild success and end up on retail shelves a year or two later, usually after being picked up by a larger publisher. So how do you pick which one(s) to spend your hard-earned money on? Just like buying a book by your favorite author, the game world has designers that are known for consistent quality products. Once you find a title that you enjoy, odds are you’ll also appreciate the other issues by that same designer. 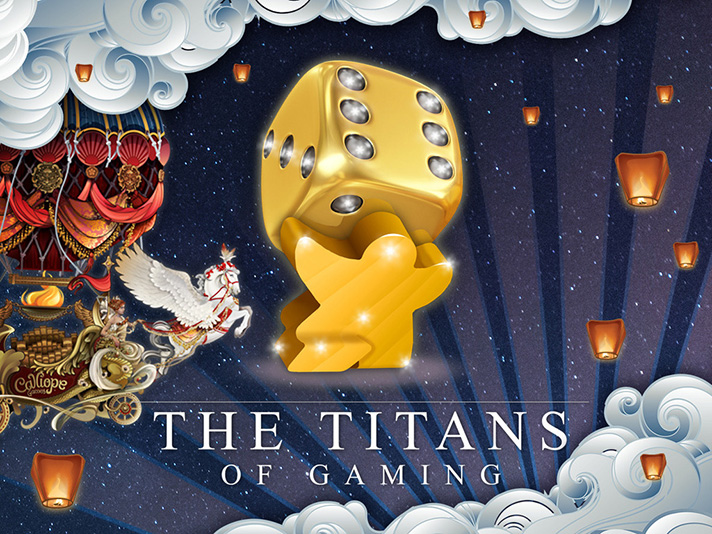 I’ll try to temper my excitement about this particular project by Calliope Games. Already known for great game titles like Tsuro, Tsuro of the Seas and Roll for It!, they are the geniuses behind a very unique Kickstarter offering.

Here’s how this works. When you pledge to the project, you become part of the design team! You’ll be an integral part of the creation process: honing rules sets, choosing art and art styles, identifying themes, and voting on game titles and character names. As a backer, you’ll get the opportunity to help shape different parts of the series all along the way.

And you’ll be in good hands! Calliope Games has contracted with game design veterans who are already hard at work on the basic game concepts. They’ve assembled what can only be referred to as a “Dream Team“, all but assuring the success of each and every title in the series. 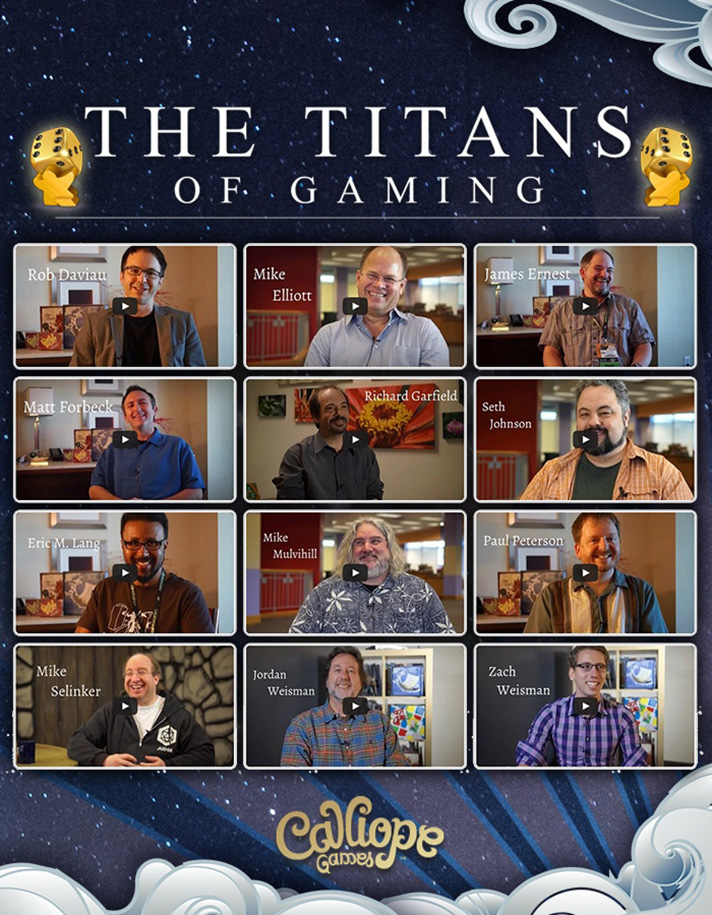 Even better, each year for the next 3 years you’ll receive three of the finished games for your own collection. While most of today’s game will run you from $25-$60/each, with this special Kickstarter program you’ll receive them all for only $16 each! And if they meet certain funding goals (they’re already well over 1/2 way there just days into the project), there will be additional designers/games on board and you’ll receive those as well – all for the same $16 price each!

If you have anyone in your household that is a board game fan, this is the PERFECT solution for birthdays or Christmas for the next 1000 days. How excited will they be to not only receive new games each year, but also know they had a vote in the direction of the design and play of each one. This is truly a once-in-a-lifetime opportunity that you don’t want to pass on. 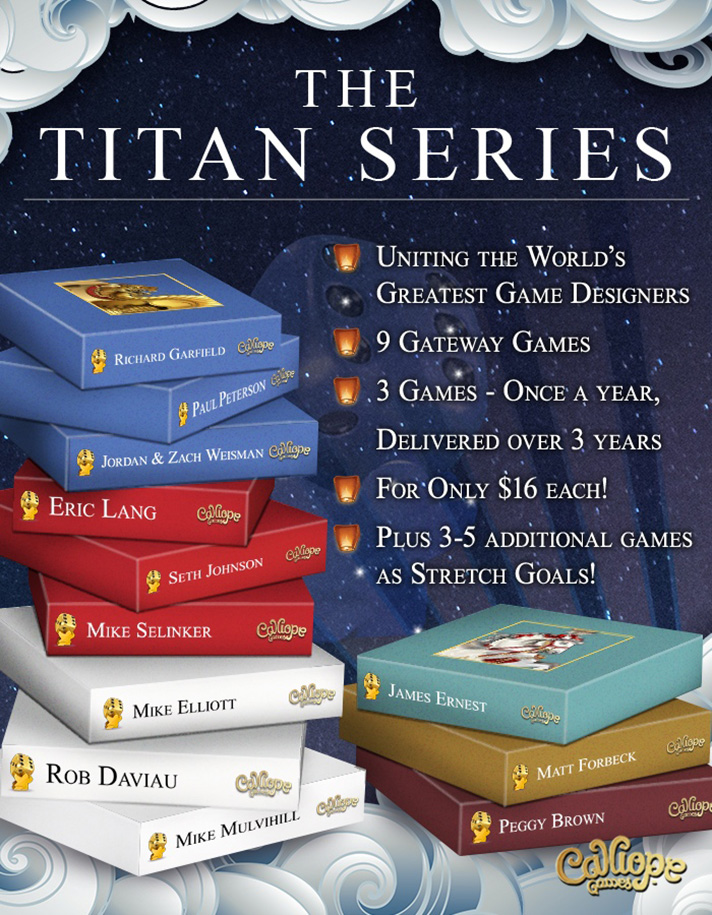 Don’t wait until the last few days, pledge now to be sure you’re in on the games. You’ll also receive updates on each game’s progress and as previously mentioned, the opportunity to voice your opinion about many aspects of the title.

Be sure to also follow Calliope Games on their social media channels (Facebook, Twitter, Pinterest, Tumblr). With so many successful titles already in their library, I have no doubt these 9+ games will exceed everyone’s expectations. The only bad thing? The wait!

Who would this be perfect for in your family?