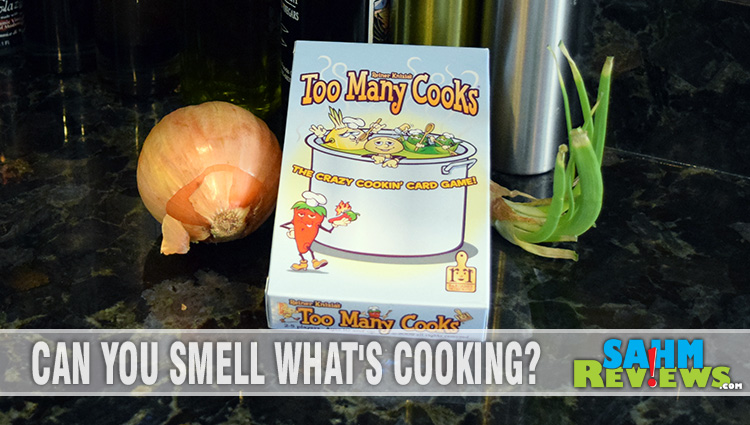 Too Many Cooks Card Game Overview

How many times did your mom tell you not to play with your food? Yeah, I lost count also. My favorite was to play ring toss with my Spaghetti-O’s, and I’m sure that was mom’s least favorite. While the kitchen is probably too messy of a place to break out a game of cards, Too Many Cooks from R&R Games lets you take the kitchen into your game! 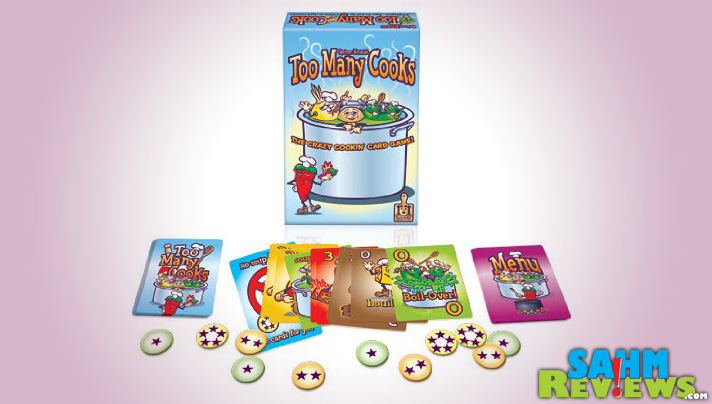 If you’ve even played a hand of Hearts or Spades, you’ll understand the trick-taking aspect of this game. But instead of collecting all of one suit, your goal is to complete your recipe while avoiding ingredients that will spoil your dish. 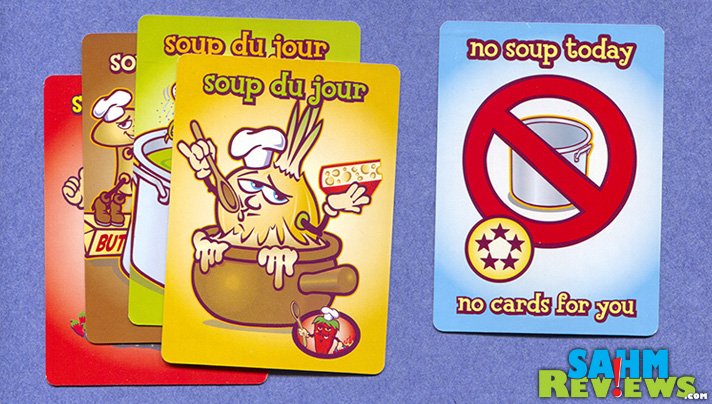 Each player is dealt five menu cards which they keep face-down and to themselves. The game is played over five rounds, so you’ll end up using all of these cards, but the order in which you select to play them can affect the outcome of the game. Each round you elect to make onion, pea or mushroom soup, a batch of chili, or nothing at all. After checking their hand of 13 ingredient cards, each player selects a menu item and all are revealed simultaneously. 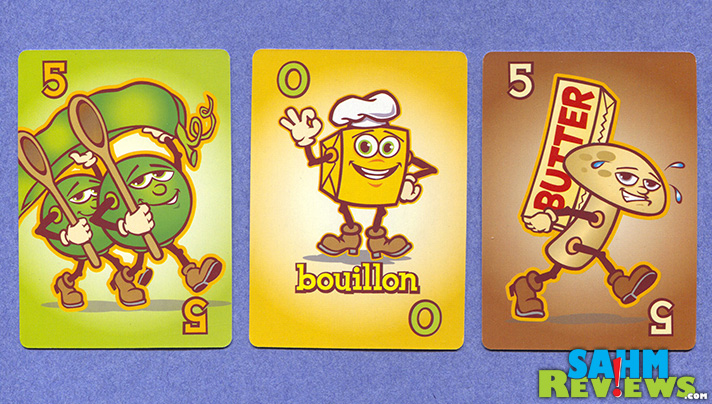 In Too Many Cooks, ten is the magic number. Players take turns playing ingredients from their hand to a pile in the center, keeping track of the total score of the trick. The player that plays a card that brings the total to 10 or more wins that trick and adds the cards to their pile. 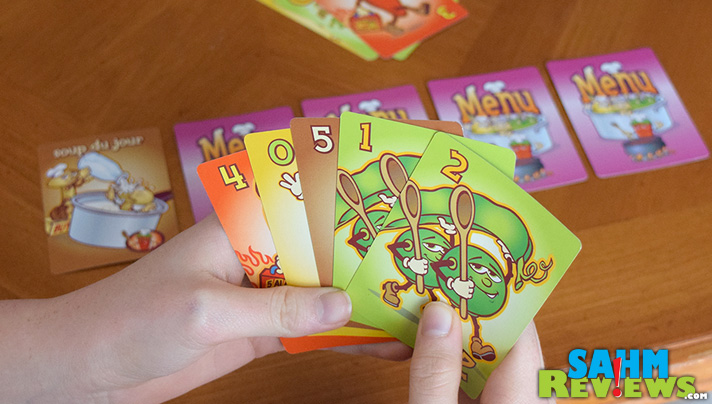 But you also have to be wary of ingredients that might spoil your recipe. If you’re making pea, mushroom or onion soup, you don’t want any chili peppers in your pot as it will spoil the taste. Likewise if you’re making chili – there is no place for bullion in a hearty chili recipe. Both of these situations will cause you to lose a point from your total for EACH offending ingredient in your pot. 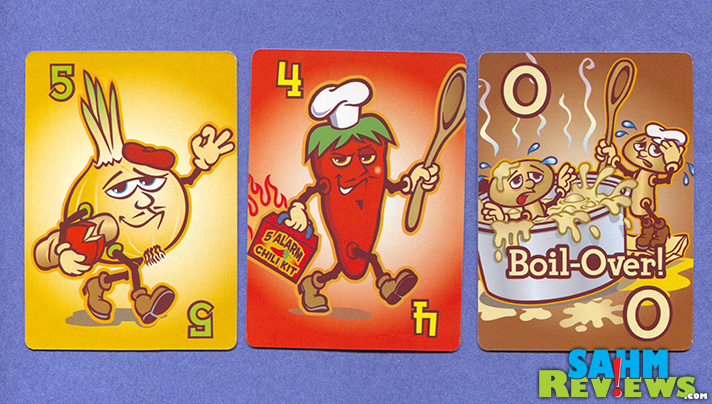 Decided to not make any soup today? Then you don’t want to take ANY tricks and receive a 5 point bonus for accomplishing that. Then deduct one point for each and every card you were forced to add to your pile. If you see the value of the trick approaching ten, this is the perfect time to play the “Boil-Over” card, which resets the total back to zero regardless of how many cards are already in the trick.

The round continues until one player is out of cards (cannot play any cards) and then the totals for that round are tallied. Shuffle and re-deal the ingredients and start again with each player choosing one of his menu items from the cards remaining in front of them.

Too Many Cooks is a wonderful filler game from superstar designer, Reiner Knizia. Winner of multiple game industry awards for his many titles, he is credited with work on well over 400 different games over his career! Mr. Knizia is one of those creators that you are assured that if his name is on the box, you’re in for a fun time – and Too Many Cooks is no exception.

Available on Amazon or directly from R&R Games for under $10, we found Too Many Cooks to be a fantastic quick game that appealed to the whole family. Cute characters on the cards, coupled with some real strategy along the same lines as Hearts or Spades gives this game a ton of replay value. Smaller than a VHS tape, it also makes for a great travel game!

R&R Games also has dozens of other titles sure to please even the most discriminating gamer in your house. We’ve told you about a couple other of their games (Igor, Qin & Coal Baron), but that’s only the tip of their iceberg. Check them out on Facebook and Twitter to see what they have coming out next!

19 comments on «Too Many Cooks Card Game Overview»