I don’t think there’s an American child that hasn’t played a version of Battleship at some point. If you’re younger, you had the luxury of an electronic version that kept track for you. But if you were like me, you had to deal with scores of red and white pegs that eventually found their way into the vacuum. The other drawback was that it only supported two players – fine when you wanted to play with a sibling, but not effective as a family game. 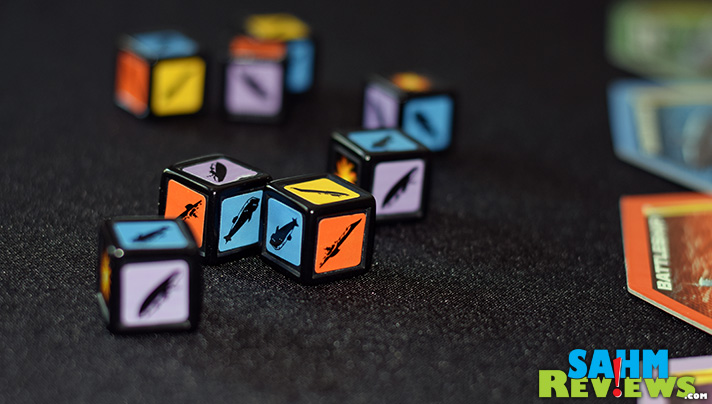 You’ve heard me talk about Reiner Knizia before as the designer behind Qin and Too Many Cooks. Knizia has 100’s of game titles to his credit, but this one is unique because it is a new take on an old license. Only issued one time in 2007, Battleship Express uses the same theme of sinking five of your opponents ships, but does away with the pegs and throws in dice and the ability to support up to four players! 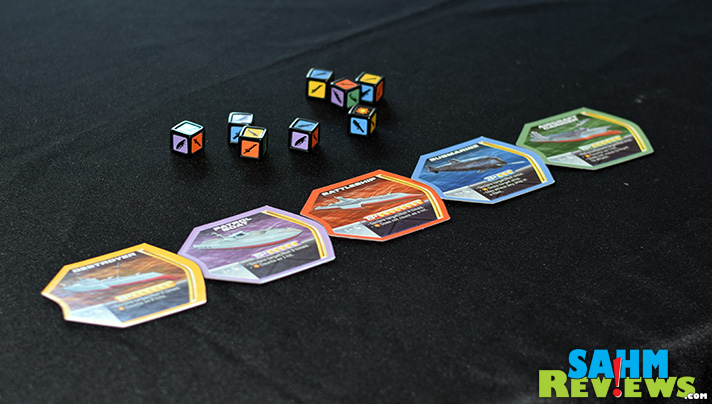 Each player receives five different ships, each with unique abilities printed on the card. Some let you roll all eight dice, others only two or three. As in the original, each ship has a different amount of health – but in Express you must kill it in one shot. No building up damage over multiple turns! 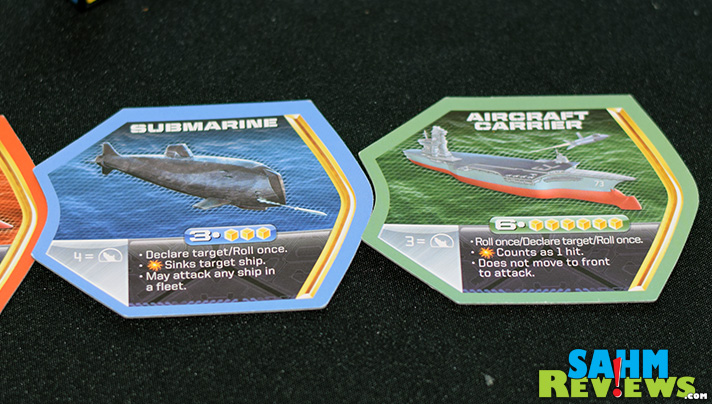 The custom-cut cards are lined up in order from left to right, denoting the order of your fleet. Most ships can only attack the first two ships in your fleet (the right-most ships), so positioning from turn-to-turn becomes imperative.

On your turn, you select which ship you are attacking with and move it to the front of your fleet (exception – aircraft carriers can attack from any position). Then you target an opponent ship and roll the dice. The number of re-rolls and special effects are different from ship-to-ship, but as long as you roll matching symbols equal to or exceeding the health of your target, you destroy it and collect the card. 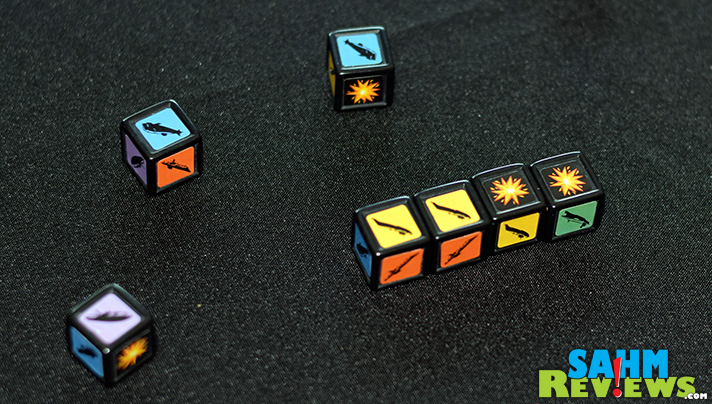 Depending on the number of players (four in a 3-player game for example), as soon as someone sinks the correct number of ships, they are declared the winner. That’s all there is to it, which makes it a quick game (under 20 minutes) and very easy to teach to younger players. There’s even an ‘easy mode’ that eliminates the ship differences and reduces the game to simply roll-the-dice-and-see-if-you-sink-it. (disclaimer – as an adult, that version isn’t very fun).

Battleship Express can still be found on Amazon for under $15 and quite honestly is a fun alternative to the traditional version. It comes in its own sealing plastic box – perfect for throwing into a suitcase for travel. Keep an eye out at your local thrift stores for a used copy of your own!