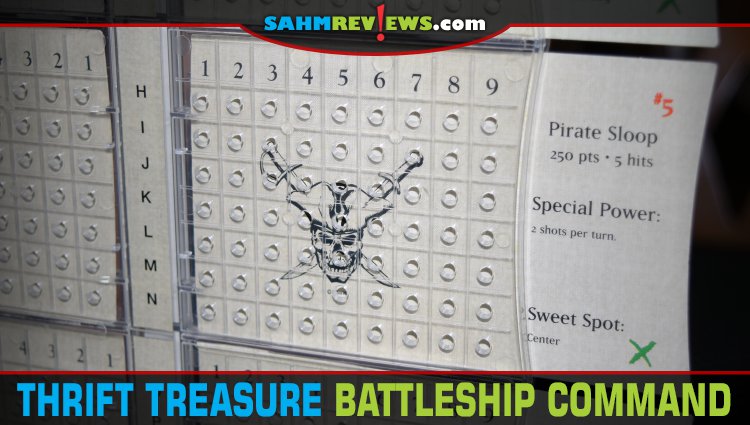 There have been a lot of games issued under the Battleship name. At least a dozen or two according to BoardGameGeek. Oddly, other than the original version, we don’t find too many of the variations at thrift. Maybe it’s because they’re better than the original? Or maybe they just didn’t sell well and there aren’t that many out there.

Battleship Express was the last one we found and that was five years ago! We finally ran across a new one we hadn’t seen before, Battleship Command: Pirates of the Caribbean Dead Man’s Chest. And we were pleasantly surprised to find out all of the pieces were still in the box! As you’ll soon see, there are more than are included in a regular game of Battleship. Plus this one is about pirates and not military weapons. You might even be lucky enough to play as a Kraken!

Battleship Command is still for only two players and this time you’re trying to capture each other’s ships instead of sinking them. In addition to the regular goal of capturing all six of your opponents vessels, this version has a couple different objectives you can agree on before playing. Each ship is worth a certain number of points and you can play until one person scores 1500 (about 15-25 minutes), 2500 (25-40 minutes) or captures the entire fleet of their opponent (40-55 minutes). Once that is decided, the rest of the setup can be completed. 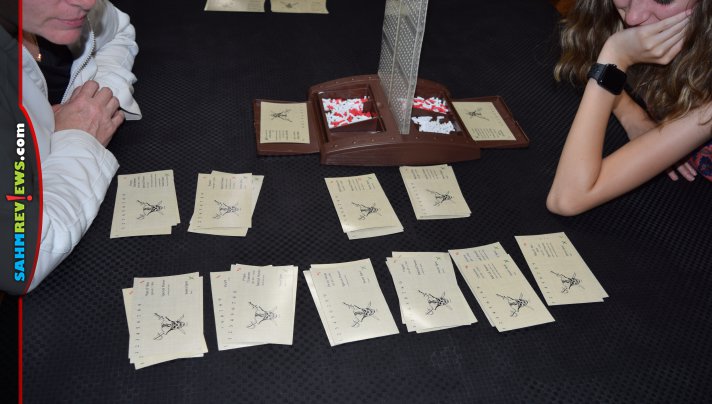 The large plastic display board is assembled and set between the players. Thirty-six ship cards representing six different ship classes and twelve ship names are laid out face-down. Each person will take turns drafting one of the cards until both players have six numbered 1-6. There are three cards for each ship name, and once drafted, the other two are removed. Players will then place three of their cards into the left side (respectively) of the board with the back of the card facing their opponent.

Each ship card denotes how many points is it worth, the areas in which it will be hit, how many hits it takes to capture the boat, the ship’s “sweet spot” and any special powers it possesses. On your turn you will announce where you are attacking and mark the hit or miss on the right side of the board. Your opponent will also track your guesses on the left side of their board.

Players fire one shot per turn unless the ship can fire multiple shots. It can continue attacking the same ship or move to another target. A ship is captured when all of the required hits have been recorded or its “sweet spot” is hit. The “sweet spot” should be better named its “weak spot” as that is the only space that will instantly allow the ship to be captured. 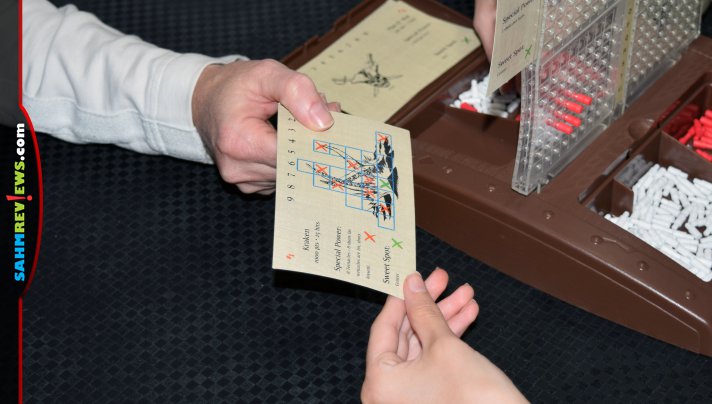 When a ship is captured, the attacking player receives the card from their opponent. The original ship owner may then put another ship into the board in its place if they have any left. If the capturing causes the attacker to go over the number of points needed, or is the last ship to target, they instantly win Battleship Command! 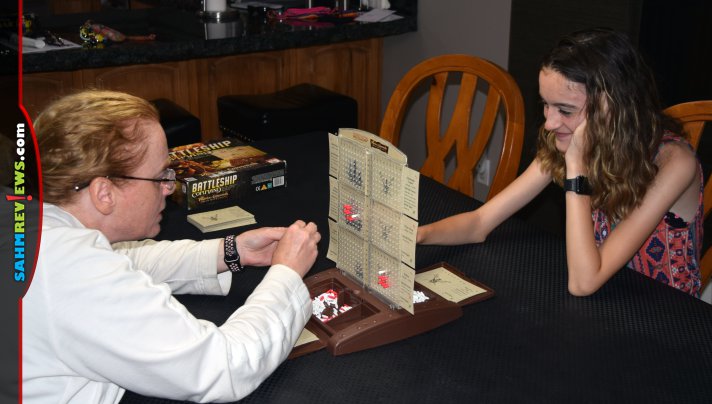 Battleship Command is a good variation on the classic game of Battleship. We like the different ship positions and abilities and enjoy that neither side has the same configuration. I would have liked to see a better way of choosing the “sweet spot” and layout of the ships since with repeated play you will likely begin to memorize the cards’ diagrams. While Battleship Command is no longer available at retail, you can find used copies on eBay for reasonable prices. As always, if you find it at thrift, make sure everything is still in the box!

Do you have a favorite version of Battleship other than the original?