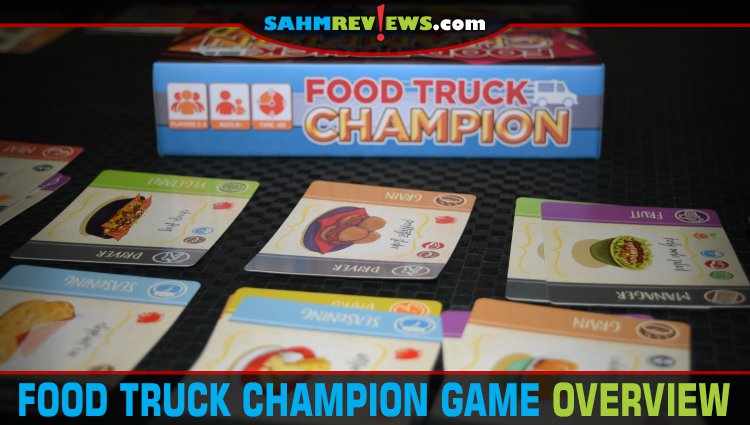 When we lived in Los Angeles, food trucks were a daily part of life. There was one that would come to our business for lunch each day. The owner and I were on a first name basis and we would worry if he was late or missing. The food was good and the typical things you’d see on a non-specialty food truck. Tacos, burgers, sandwiches and fries. Most cooked to order, with a few prepared ahead of time. I learned that he and his wife would get up early to make the day’s sandwiches and stock the truck.

Food trucks are also an amazing part of our annual trip to Gen Con. Each day trucks will line up outside the convention center in a closed-off street in downtown Indianapolis. There is so much demand with a limited number of spaces, trucks must sign up early to reserve a spot and typically have to choose between lunch and dinner shifts. These trucks offer unique local recipes and run the gamut of food types from noodles to BBQ and sushi to burritos. We have to wonder if these businesses were the inspiration for a new game from Daily Magic Games, Food Truck Champion. 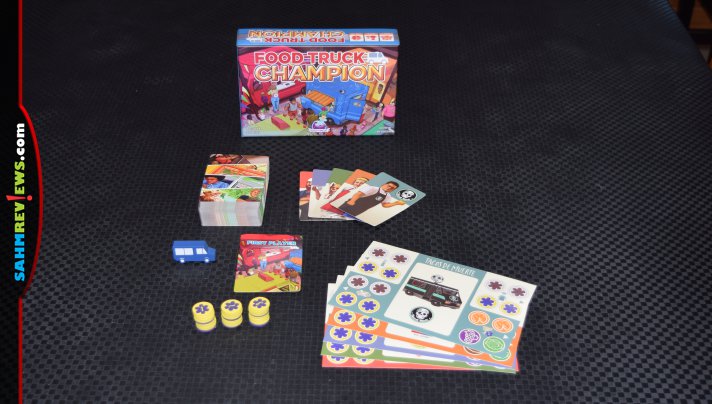 In Food Truck Champion, you are the owner of one of these mobile restaurants. And with that comes all the responsibilities of a business owner. You will be required to hire staff and procure ingredients as well as make and serve the food!  Doing so successfully earns you popularity which allows you to upgrade your truck. The player with the most popularity at the end of the game will be crowned Food Truck Champion!

Everyone begins the game with a personal truck board, matching owner card and a starting order card. The deck of game cards are shuffled, with four dealt to each player. Eight more are dealt face-up to the center of the play area to form a marketplace. The rest are set alongside the market as a draw deck. Players also receive a number of popularity tokens (depending upon the number of players) which are used as currency. 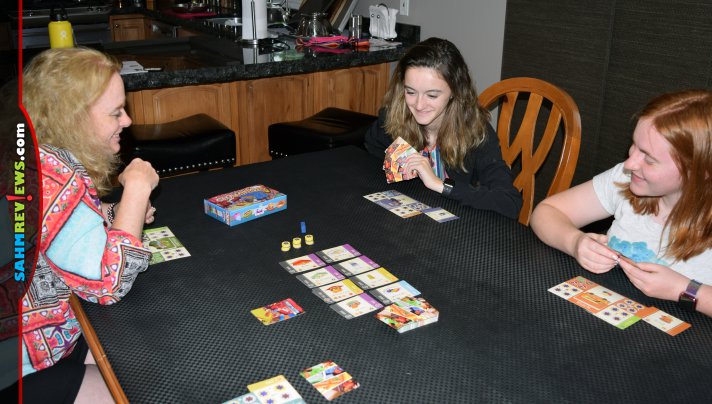 On a turn a player will take one of three possible actions. First, you may choose to draw two cards from the deck into your hand. You have a hand limit of six cards and must discard down to the limit immediately if you go over. The second option is to add your owner card to your hand. This will act as a wild card for later actions. The third option on your turn is to “lead a staff action”. This is the meat of a game of Food Truck Champion and is the most common action to take. 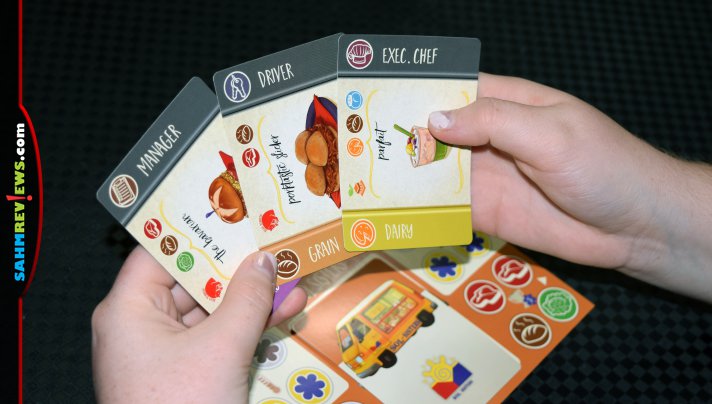 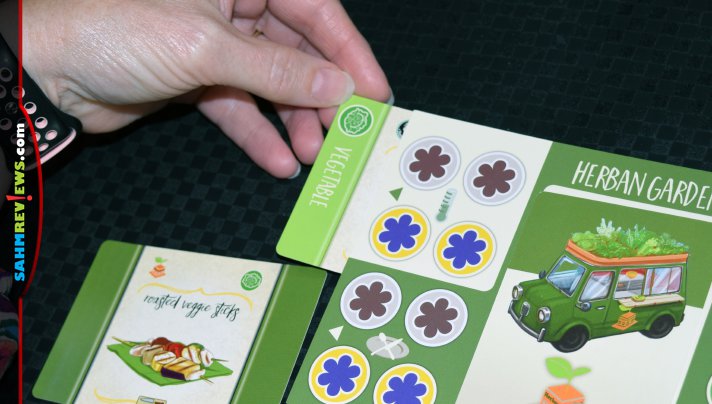 For instance, playing the Executive Chef allows you to play a card from your hand onto an order sitting in the plating area of your board. The Prep Cook similarly lets you move an ingredient from the fridge onto an order ticket. Managers hire staff that allow you to take additional actions and bonuses during future turns. 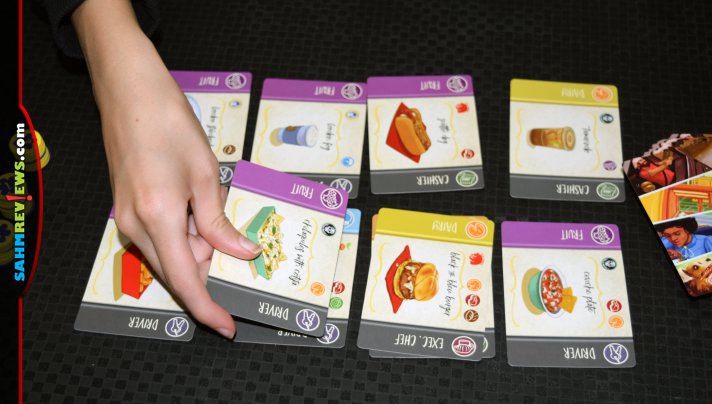 Cashiers take a card from the marketplace as an order ticket and add it to your plating area. The driver also selects a card from the market and adds it to your fridge as an ingredient. All other players may follow (copy) your action selection if they have the same card type in their hand or among their hired staff. This is a way to not only earn extra turns, but to remain active while waiting for your turn to arrive. 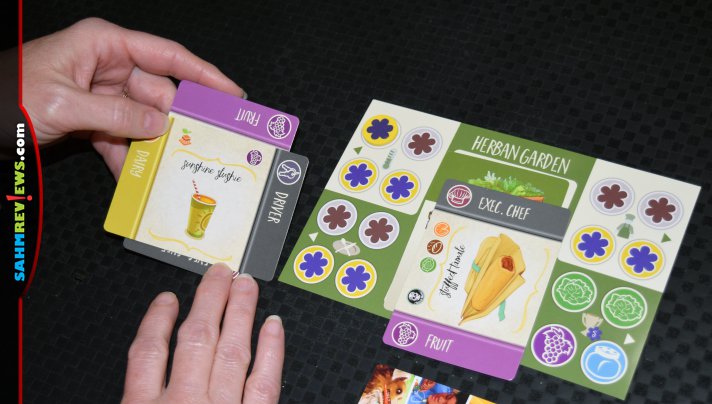 As soon as you are able to add the last ingredient needed to one of your order tickets, that order is removed from the plating area and served to the customer. You will receive popularity tokens equal to the number of ingredients used in the recipe, which are immediately used to upgrade your food truck. Each section of the food truck board has limitations as to how many cards may be played at a time. Upgrading allows you to increase these limits and gives you more flexibility when collecting ingredients, orders or staff. 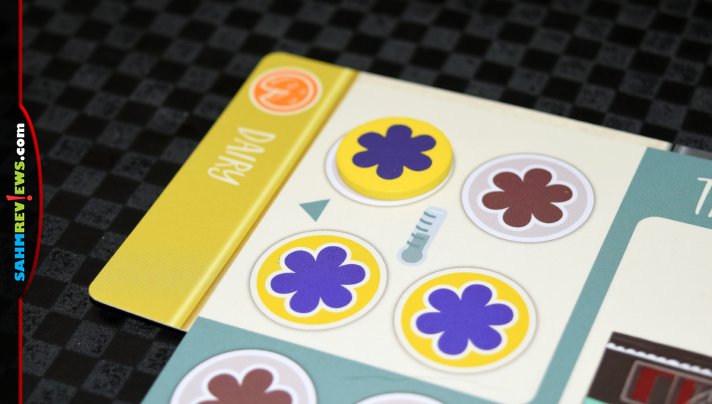 When collecting popularity tokens, if a critique token is revealed, set it aside and finish the rest of the action round. Then, each person reviews their completed orders pile and selects one for the critique. This card is then placed face-up underneath the awards section on your board. 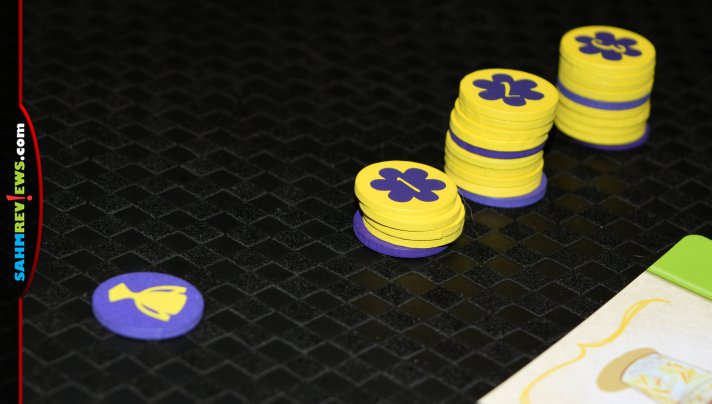 A game of Food Truck Champion ends when two stacks of popularity tokens are exhausted. Each complete set of flavor profile ingredients (different for each truck) you collect in your awards section earns you a bonus of five popularity points at the end of the game! In addition to the tokens you earn during the game, you’ll also receive one for each order ticket in your completed orders pile and for any in the awards section which depicts your personal food truck logo! The player with the most popularity is the winner of Food Truck Champion!

We found Food Truck Champion to be an interesting and enjoyable twist on the recipe-collection game genre. You can find copies at your favorite local game store or online from retailers such as Amazon. Whet your appetite by checking out the entire line of available titles from Daily Magic Games on their website. If you’re interest in what else they’re cooking up, be sure to follow them on Facebook or Twitter so you can get your orders in first!

What is the best item you’ve ever ordered from a food truck?