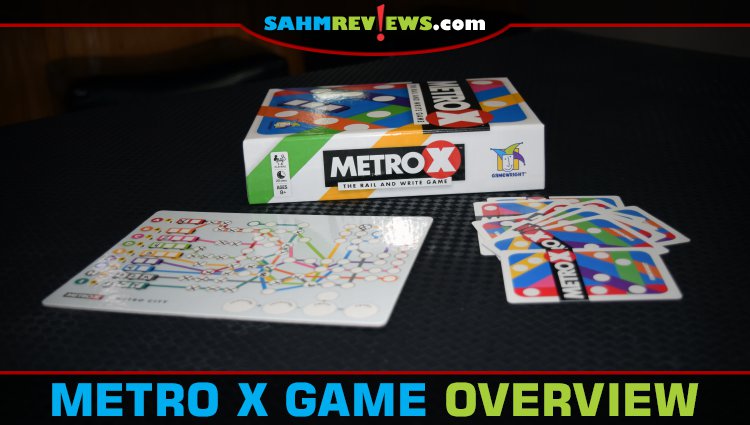 Trains. They’re a very common theme for board games. There are lots and lots of all different types. There are tile-laying games like Traintopia, Whistle Stop and Railroad Rivals. You can pick a dice game like Trainmaker or engage in a 3D game of Colt Express. The shelves are filled with variations of Ticket to Ride, one of the most popular train games around.

Roll/Flip/Whatever and Write. It’s not a new concept in games, but it’s certainly evolved since I played Yahtzee as a kid. In the past year, we’ve shown you a variety of ways this game mechanic has been implemented. Build castles and create neighborhoods with Once Upon a Castle and Welcome To or explore a dungeon in Deadly Doodles. You can coordinate the drop of Brikks or play with flowers in Bloom. 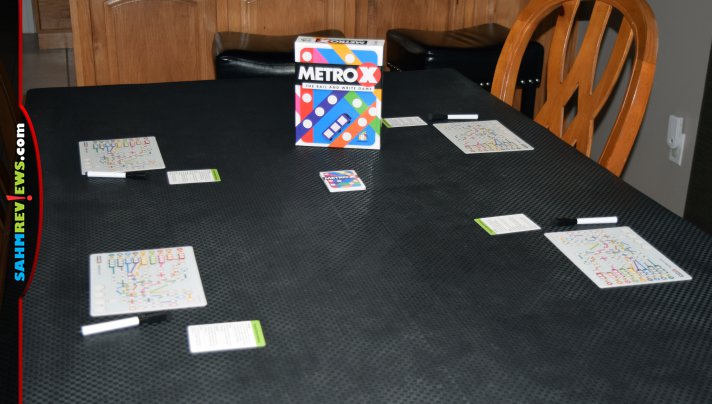 Now these two popular game ideas collide in Metro X, The Rail and Write Game from Gamewright. Well, maybe “collide” isn’t a good term to use since we’re talking about trains. Anyway, the game plays up to six. Give each player one of the dry-erase boards, a marker and summary card. As a group, select which side of the board you’ll be using and flip all boards to that side. Shuffle the transit cards and place in the center of the table. 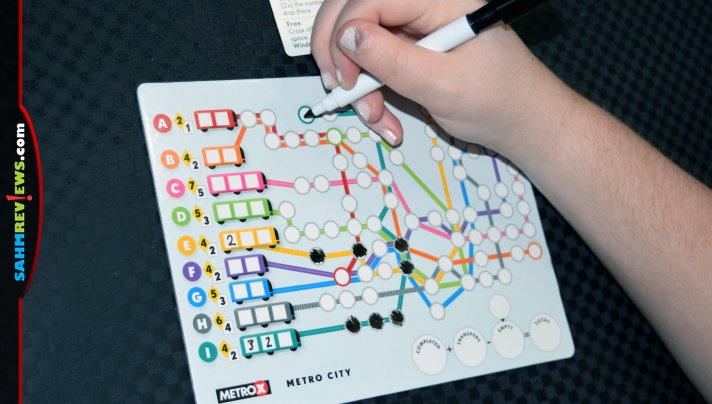 The subway board looks exactly like one of those maps that you see when riding mass transit. Routes and colors and circles and all kinds of confusing. Is Metro X just a training ground for learning to ride trains in the big city? Maybe. On the board, you’ll see different uniquely colored routes, each with a letter (route name), train and circles to represent stations. At the beginning of each route, you’ll also see a yellow triangle and white square. 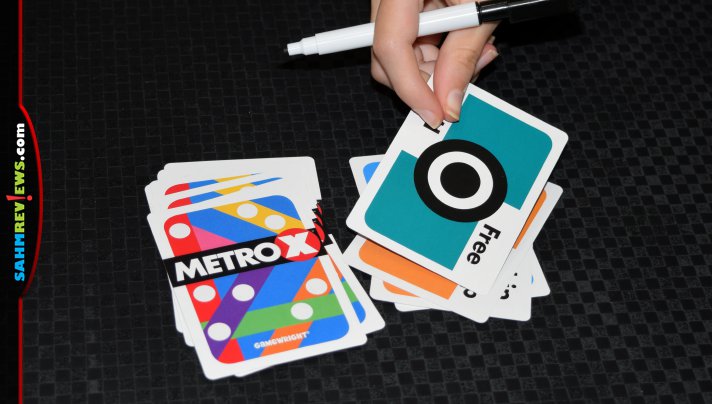 Metro X is a game of simultaneous play. One player is in charge of the deck of transit cards. That conductor will flip one card then everyone will make a decision and mark something on their own board before another card is revealed. This process continues until all the train windows have been filled. You’ll earn points for completed routes, get bonuses for transfers then take a penalty for any empty stations. 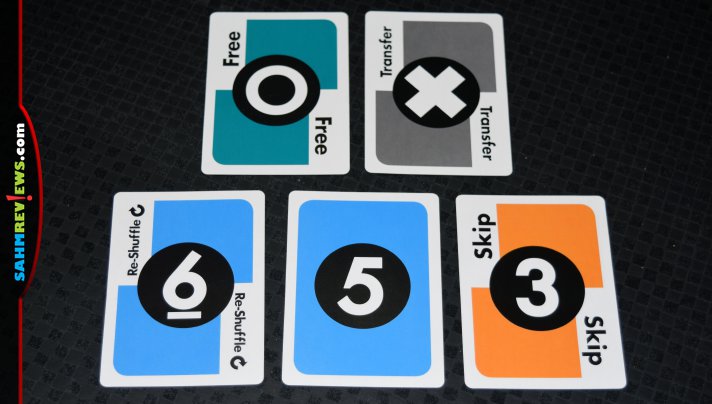 The deck includes four different types of cards including Number, Skip, Transfer and Free Space. There are nine Number cards, each with a value (hence “number”). When one is revealed, you’ll select a train and write the number in the window. Immediately, you’ll follow that line to the first available station (circle) then cross off spaces equivalent to the number you wrote down. Since mass transit has all kinds of confusing rules, it isn’t as simple as that. You can cross off circles adjacent to the train until you’ve reached the quantity shown on the card, you encounter a previously crossed out station or you reach the route’s end. 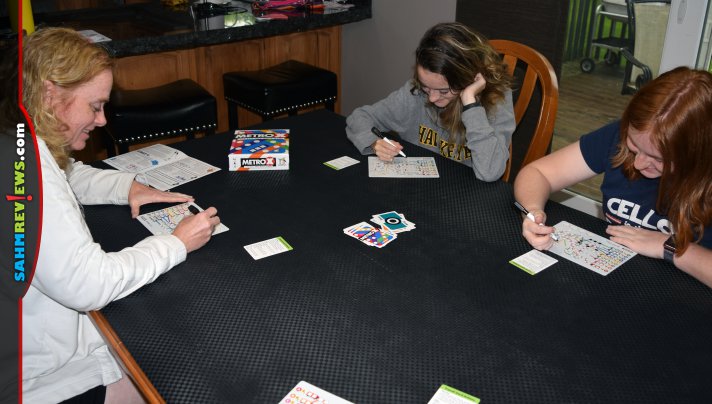 Routes cross in a lot of places which is why there’s a rule for the Number cards that makes you stop if you reach a station that’s already been marked off. The Skip cards allow you to jump over those stations and continue marking off ones on the other side. During one of my trips to New York, I recall missing my anticipated exit because I didn’t realize that express trains don’t stop at every station which is unfortunately what I had boarded. These Skip cards remind me of that!

There are also two Transfer cards. When one of these is turned over by the conductor, you’ll fill in an empty train  window with an X. Then you’ll follow that same route to find the first empty station and fill in the number equal to twice the train lines that stop there. The final card type is a Free Space. You’ll mark off one empty station on your entire board. Anywhere. Before another card is flipped, if you’ve completed a route, you announce it. If you’re the first one to complete it, you’ll circle the yellow diamond while everyone else crosses it off. You’ll earn those points at the end of the game.

Sounds easy enough, right? If you’ve ever ridden on mass transit, you know those signs aren’t THAT simple. In the event that the Re-Shuffle card is played, the entire discard pile is shuffled back together with the rest of the deck. As I said before, this continues until all train windows have been filled. Hopefully, you’ve maximized your routes and are able to end your ride on the rails with the highest score! The game can be a bit confusing on the first couple attempts, but at least the theme is family-friendly. You can find copies on Amazon, but I encourage you to check the Metro X page to see which stores locally are carrying it. I was surprised to not only see that our family museum is on the list, but Von Maur which is headquartered here has it as well! Hitch a ride over to Twitter and Facebook to see what Gamewright has on the tracks for new releases!

Do you find public transportation to be easy to figure out or confusing?