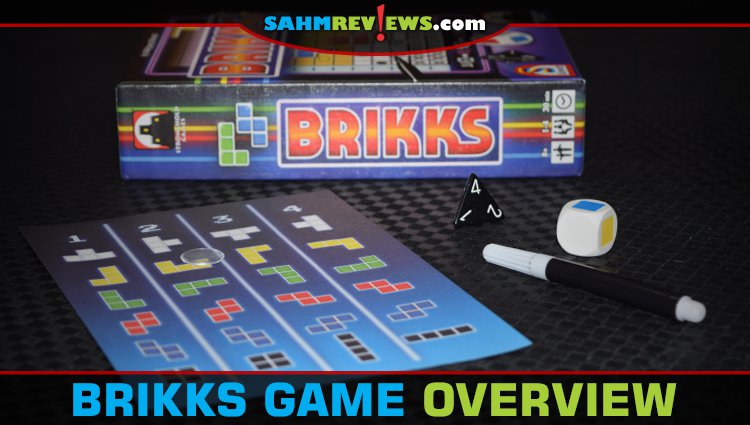 It’s been a couple months since I went through my phase of writing about polyomino and roll and write games. Between those two concepts, I shared about several games. Some included pieces that were shaped like something from a Tetris game, others were part of the flip-and-write and roll-and-write genre of games. Then there were a handful that fell into both categories. Roll and write games have dice, hence the “roll” in the name itself, and it’s no secret how I feel about dice games. So… it’s kind of a given that a game like Brikks from Stronghold Games is going to call my name from the game shelf. 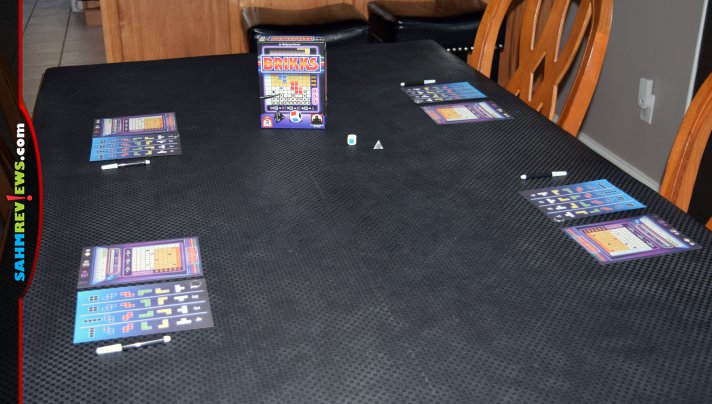 There isn’t much to do to set up for a game of Brikks. Give everyone two score sheets and a pen. You’ll use the front of one sheet and the back of the other. Hand the dice to the first player and you’re ready. You’re more or less playing an analog version of the classic brick-dropping game, but unlike Arraial, you don’t have a lot of choices on what tile comes next. Brikks is more aligned with Tetris. Players will take turns selecting a unique starting block to seed their sheet. This ensures that no two players are working on similar layouts. 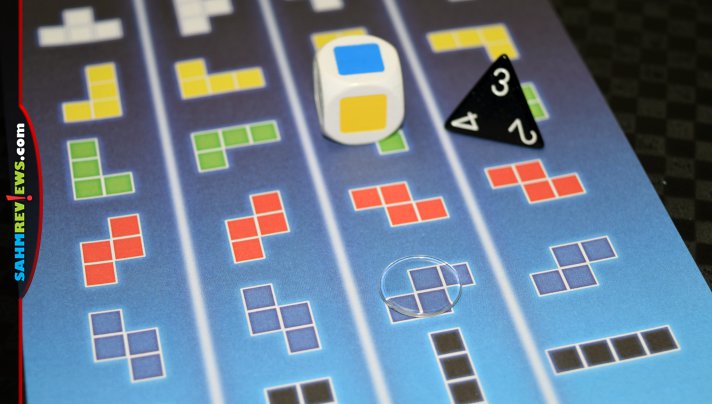 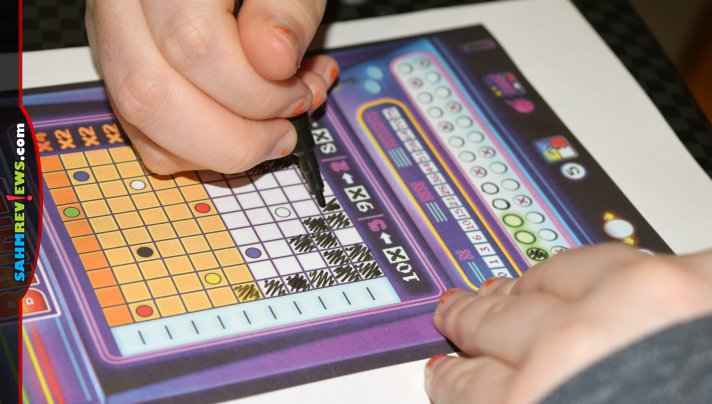 Here’s where things get interesting. All players will have that same tetromino drop into their play area and simultaneously select which column to place the piece. It will follow a straight line until it runs into a another block or reaches the bottom. As with the digital games, you can scooch it into place underneath something else as long as the passageway is large enough. When you’ve determined where it will land, mark the respective boxes with an “X”. 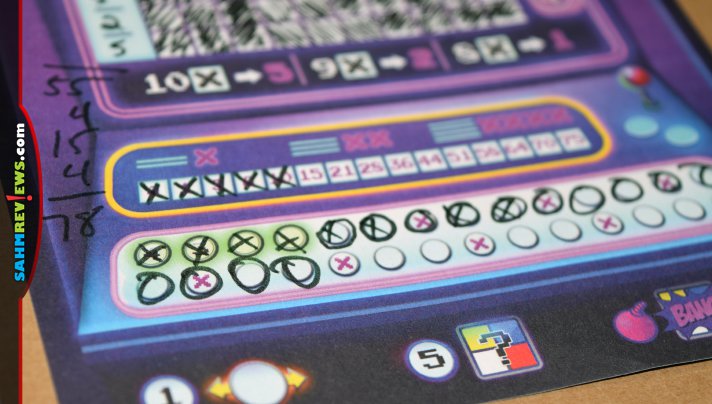 As you progress through the game, you’ll earn energy and points. If a block covers a circle of the same color when it lands, you activate two energy points. Those points can be used to select a different block during the dice roll. Spending one energy allows you to select the block on either side of the rolled result. Spend two to select the piece two over. Each row is the same piece with a different orientation so these energy points are a simulation of rotating the piece on the board. Spend five energy points to select any block. 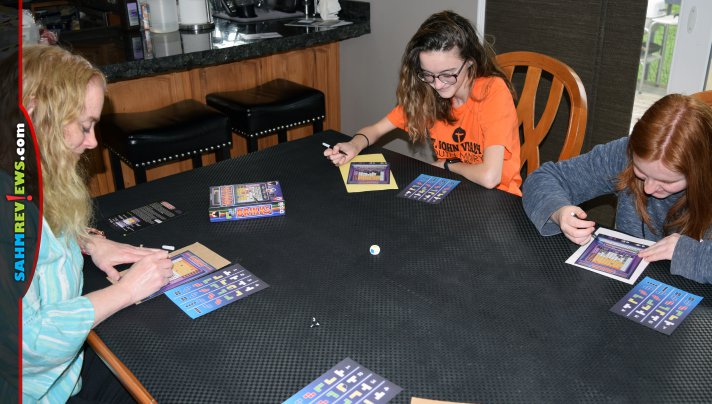 If you finish two complete lines without a gap with one piece then you’ll check off a box in the bonus points field. These are extra points which will add to your score at the end of the game. Finish three and you’ll mark off two spaces, four and you’ll advance three. These bonus points increase as you successfully complete these tasks. Continue perfectly completing multiple lines with single bricks and you’ll earn more points! Of course, if you ever get stuck (or simply hate a piece), you can opt to use a bomb to destroy the current piece. 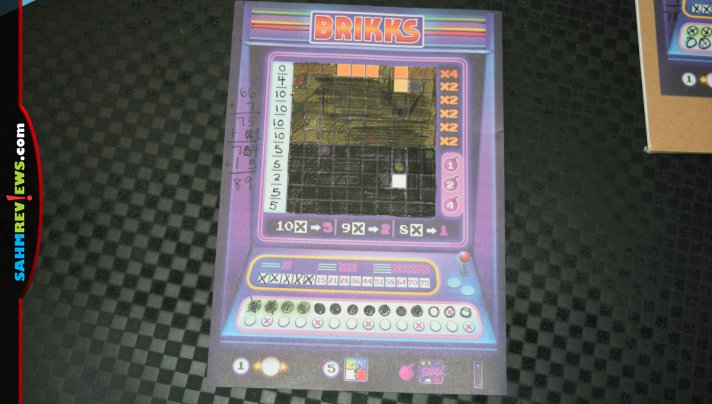 The game continues until a player is no longer able to completely fit a block on their sheet. That person is out until all other players reach the same limitation. Points are earned for every complete line (5 points), each line with 9 (2 points) and any line with only 8 (1 point). Don’t lose focus as you get close to the top because those rows are worth 4x (top row) and 2x (starting halfway up). Add your total line points to the bonus lines and and leftover bombs to determine your final score and the resulting winner!

The concept of Brikks is so familiar that the game is easy to pick up and play. Playing 1-4 ages 8+, Brikks is another compact, family-friendly roll-and-write game in the Stronghold Games’ catalog. Affordably priced on Amazon, consider adding Brikks to your game shelf. We’re helping one reader make that possible by giving away a copy! Use the form below for your chance to win! No rotating blocks or rolling dice required to enter!