This week’s Thrift Treasure is Tic Tac Chec. It’s a game I wasn’t familiar with, but after a little research it seems it has a loyal following. The analog versions were first published in 1995 and the publisher has updated the board a number of times, improving it slightly with each issue. 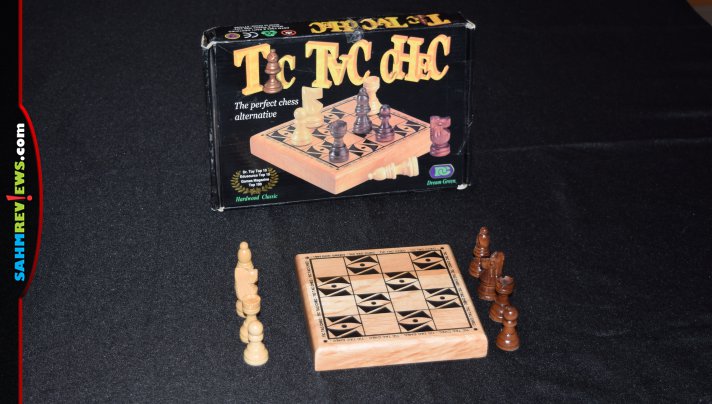 Our copy appears to be one of the originals from the mid-90’s and includes a notation that it was a Dr. Toy Top 10 and Games Magazine Top 100 game. Tic Tac Chec bills itself as “The Perfect Chess Alternative”. It is more of a scaled-down version of Chess coupled with the classic game of Tic-Tac-Toe. It was also created by the same person behind Noble Celts! 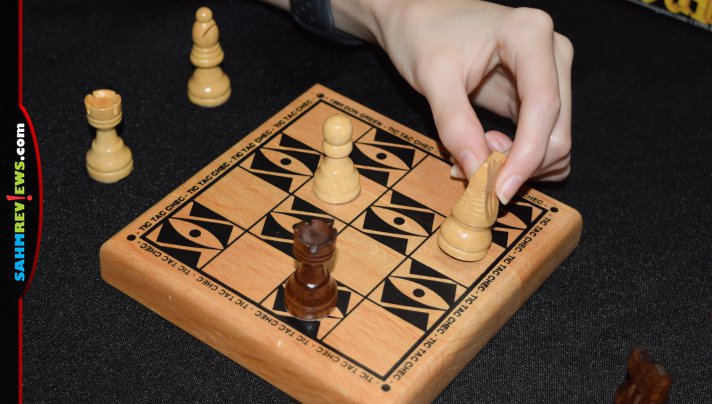 The object in Tic Tac Chec is to get all your pieces into a row of four, either horizontally, vertically or diagonally. Each of your pieces are part of a subset of characters from a standard game of chess – pawn, knight, bishop and rook. Knowing how they move in Chess makes learning Tic Tac Chec much easier. 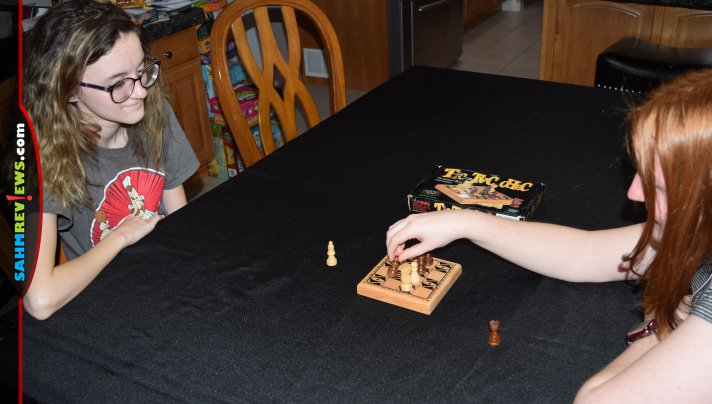 You begin a game with nothing on the board. The first three pieces you’ll place can be on any open space. Once you have placed these first three, you may then decide to either move a piece or place a new one on your turn. Moving a piece happens in the same manner as Chess. Knights move in an “L” path, rooks slide horizontally or vertically, bishops angle diagonally and pawns move forward one space (or attack diagonally). The only rule change is that once a pawn reaches the other side, it changes direction instead of being replaced by another piece. 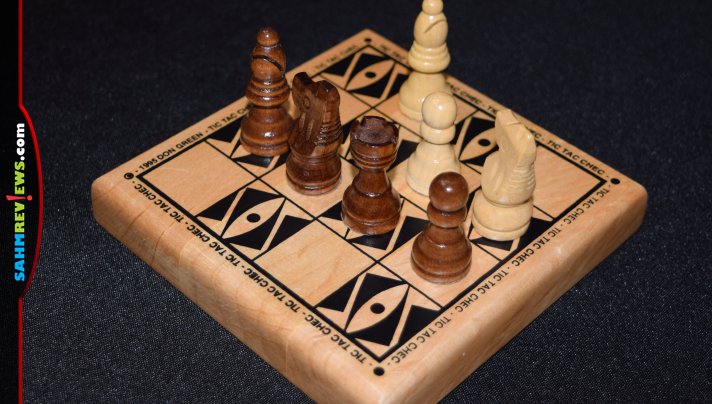 Just like in Chess, you can capture your opponent’s pieces. Instead of keeping them, they are returned to the owner and may be replayed in their next turn. You may actually wish to have a piece captured since you can place it on any open space on subsequent turns! Players take turns until one is able to line up their four pieces in a row, which ends the game immediately.

While you can find Tic Tac Chec brand new on Amazon, your best value is found on eBay where it can be purchased from a number of sellers for less than half of retail. It’s worth grabbing a copy to help younger players learn about how Chess pieces move without the stress of playing a full 8×8 game.

Which do you prefer? Chess or Tic-Tac-Toe?