I think if you ask many adults what their first computer game was, many would answer Tetris. Some might say Lunar Lander, others may even remember Oregon Trail. But Tetris is probably the first computer game to ever go ‘viral’. And that was well before the word ‘viral’ meant what it does today.

I remember playing it on our family’s Apple II+ and the music running through my head well after I had stopped playing. It was the first time I recall video games ever entering my dreams. Or maybe it was a nightmare, waiting for the one straight piece to drop in time. I have to admit, my iPad has a copy of Tetris on it for when we travel. 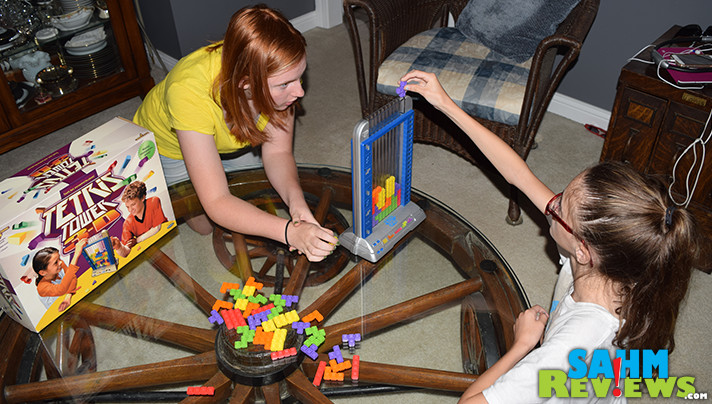 This week we spotted a Tetris-themed board game at our local Goodwill. We took a chance on Tetris Tower 3-D by Radica Games at $1.88 since it was electronic and there was no way to test it on site. Fortunately the batteries were not corroded, and with a fresh set inserted it fired right up! 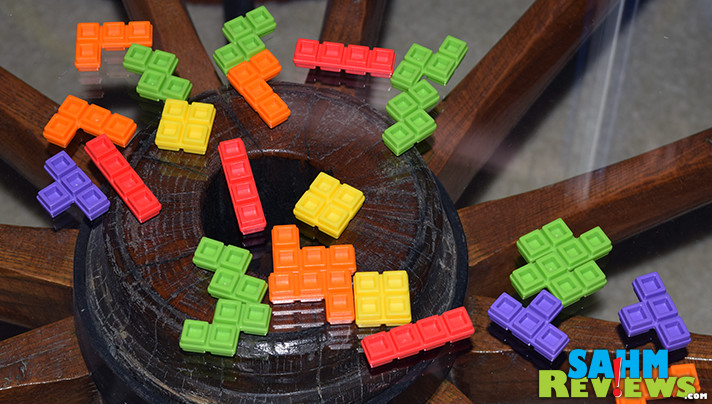 Tetris Tower 3-D is a custom version of classic Tetris for one or two players. Starting the game allows you to choose the number of players, sound levels and the level of difficulty. The only difference in difficulty is the amount of time allotted to take a turn. At higher levels you have much less time to make a decision. 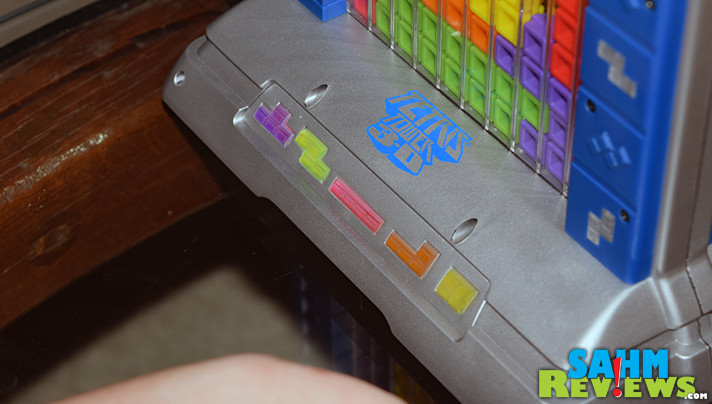 At the bottom of the unit are five representations of the different Tetris pieces. On your turn (signified by the “T” shape lighting up at the top of the machine) the piece shape you must place will be solidly lit up. In addition, the next piece to be placed by your opponent will show as blinking so you can somewhat plan out your move. 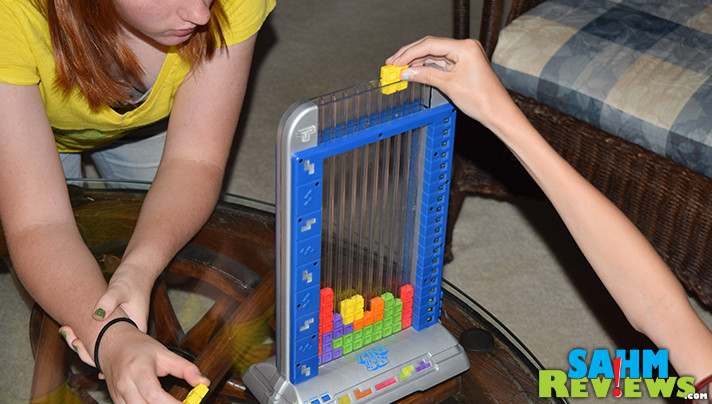 Simply drop the matching piece into the unit and let it fall into place. If you complete the last square of a row, then you may move the level on the side of the unit to your color, scoring yourself a point. If the timer runs out before you drop your piece, you still drop it and then the other player gets to drop two in a row! 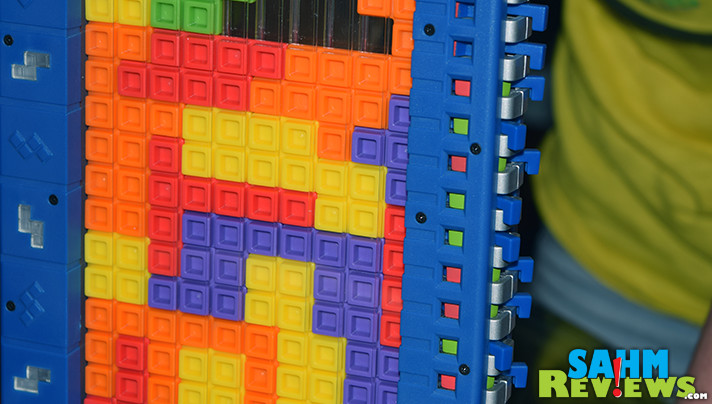 The game is over when all of the Tetris pieces are stacked to the top of the tower. The winner is determined by whomever has flipped more of the score levers to their color!

Tetris Tower 3-D is a pretty simple game, but a nice adaptation of the classic computer game title. Originally issued in 2003 by now-defunct (bought out by Mattel) Radica Games, copies are regularly available on eBay for around $20. Our copy is missing one of the Tetris pieces, so if you know of anyone with extras, I’m looking to pick up a replacement part!

What was the first computer game you remember playing?