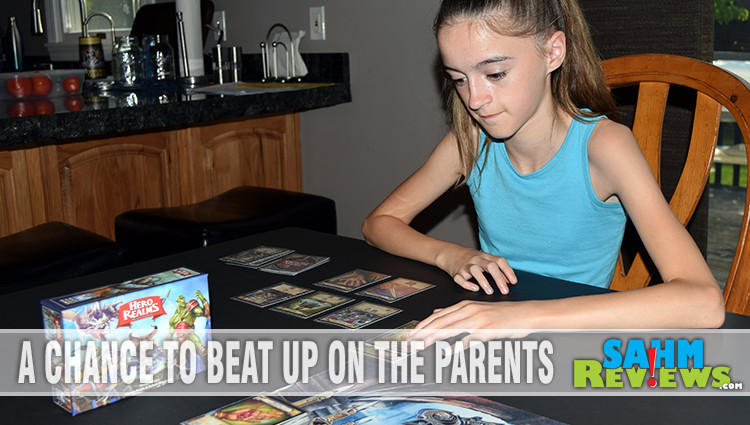 It’s been a couple years since I solved our problem of spending too much money on packs of cards for games like Magic the Gathering or Pokemon. If you’re not familiar, these types of games receive updates on a consistent basis. This usually means new packs of cards to buy because the new cards are more powerful or have better artwork. At an average price of $4 per pack (and full boxes approaching $100), having the latest, greatest playing deck becomes quite the investment.

If your kids are anything like mine, they also have short attention spans. Not that they can’t focus, it’s because they’re distracted by the “cult of the new”. They want to be the first to capture the newest Pokemon, first to complete the hard level of their video game and of course, the first to play the latest board or card game. Going to major game conventions like Origins or Gen Con are the highlight of their summer and becomes the subject of bragging to their friends. 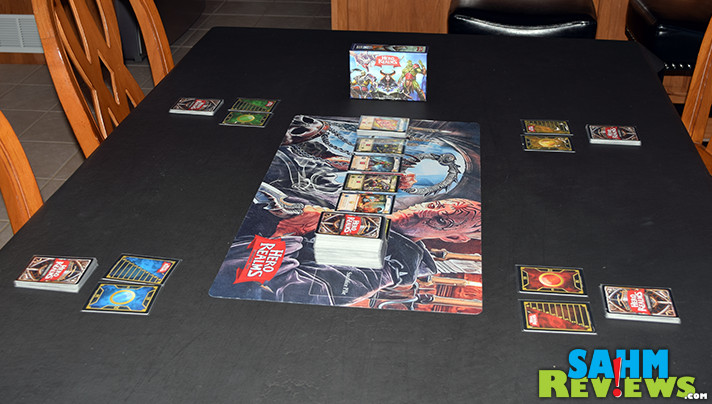 At one of those conventions we noticed a large playing area filled with people participating in what we would later find out was a tournament. They were head-to-head battles like you’d see in a round of Magic or Pokemon, but each player had the same cards and were slowly building their hands over time trying to knock out their opponent. This was when we discovered Hero Realms by White Wizard Games.

If you’ve ever played a deck-building game like Dominion, then you already understand the concept. Briefly, each player begins the game with the same cards in their personal deck. Over time you use these cards to purchase more powerful cards, rid yourself of under-performing cards and attack your opponents. Hero Realms is set in a metropolis, home to all species and nations in the known world.

As in our world, fights erupt over money. The residents argue about the wealth generated by trade, and endless political and physical conflict are the rule of the day. You take on the role of one of the residents fighting for their share of the pie. Unfortunately, the only way to succeed is to take out your opponents – permanently. 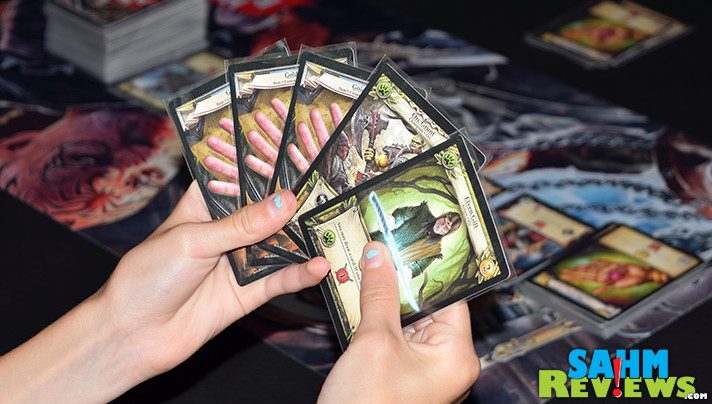 Up to four players each receive a deck of cards with the exact same cards – a Shortsword, a Dagger, a Ruby and seven Gold. A piece of paper or the included Health-Tracking cards can be used to keep track of your fighter’s health. The great thing about Hero Realms is the ease of which it is to play. Working from a hand of five cards, you play all of them on each turn! 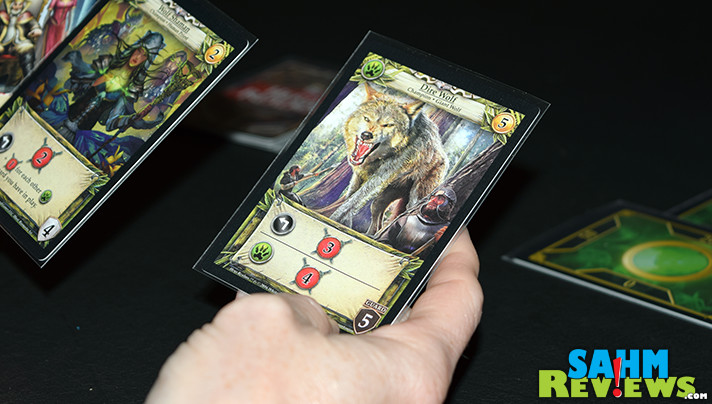 Cards may award you with gold to spend in the marketplace on new cards. Or they might have an attack value which you can use to take on an opponent. Some cards have a green vial, which represents health and heals you for the amount shown on the card. Many of the cards in Hero Realms have a second section that is only activated by playing other matching cards. This type of “combo-ing” is what will make you successful and should be your focus when adding cards to your deck. 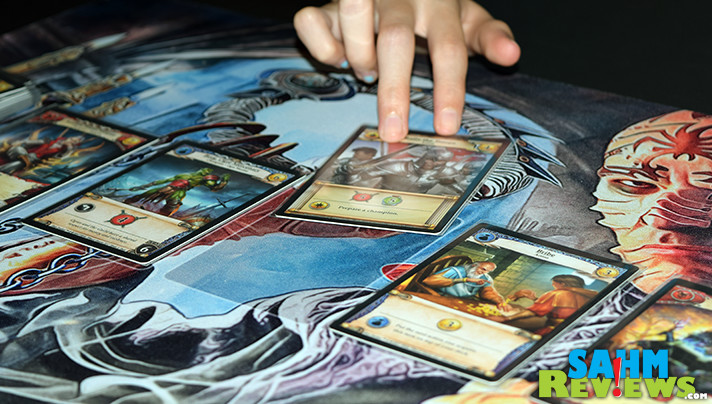 Buying a card from the marketplace puts that card into your discard pile. Every time your main draw pile is depleted, you simply shuffle your discard pile to create a new draw pile. At the end of each turn you discard everything and draw back up to five cards, so it doesn’t take very long for that newly-purchased card to appear in your hand, ready to battle. 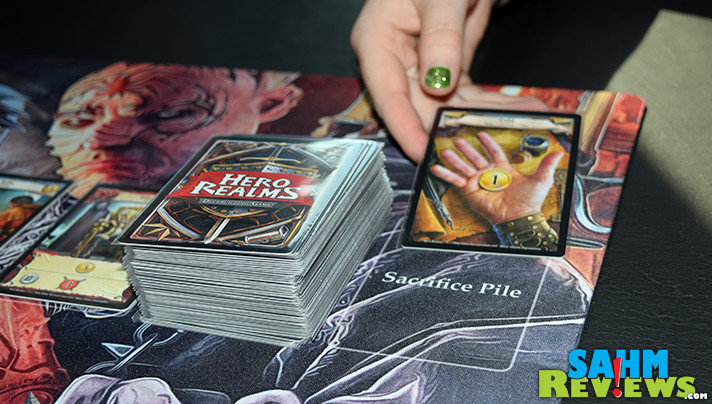 Some of the more powerful cards are labeled as “Champions” and have a purchase cost corresponding to their strength. Champions cards are played and then left in front of you, representing the champion fighting by your side. If they also have a guard ability, they protect you from all attacks until they are “stunned” and returned to your discard pile. Think of them as your first line of defense. 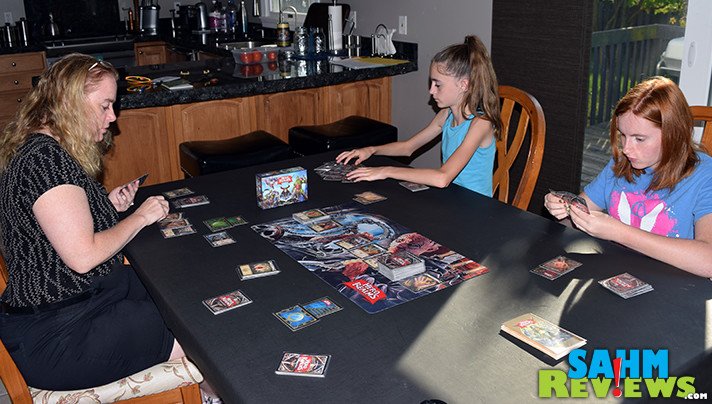 Players take turns buying new cards and attacking each other until there is only one player left alive. Simple to explain, but actually quite complex to achieve. Your opponents will be vying for the same cards in the marketplace and keeping track of which they are purchasing is probably a good idea. You’ll want to prevent them from getting additional cards that would make that first purchase more powerful!

Standard in the base box for Hero Realms are alternate rules if you tire of the free-for-all battles. “Hunter” allows you to only attack the player to your left. “Hydra” begins with 2-player teams with a combined health total of 75. “Emperor” supports up to six players, but will require the purchase of an additional base set or some of the character packs.

Wait, did I mention the character packs? Unique to Hero Realms, character packs allow for customization of the game by giving each player different starting cards revolving around a hero type. You can play as a wizard, fighter, ranger, cleric or thief, each with their own custom abilities. An included character card in each pack helps remind other players which role you have assumed and the abilities you’ll be using against them.

And if you’re the type of person that wants to deluxify their playing experience, you’ll certainly want to find White Wizard Games at a local convention. They regularly have custom playing mats for all of their games along with other accessories like card sleeves, large boxes for storing the base game with all the extras and promotional cards only attainable at that show!

Pick up your copy of Hero Realms on Amazon for under $20 or at your local game store. If you’re interested in seeing what other game titles White Wizard Games has been working on, hop over to their website or follow them on Facebook and Twitter!

Wouldn’t you agree that this system is MUCH better than buying new packs every three months?