Every Sunday we enjoy bragging about another thrift store game find. It is usually especially exciting to find one brand new for a couple bucks since we know all the pieces will be there. Every once in a while we’ll find one that makes us a little sad. Not because the game is bad – quite the opposite. It’ll be an award-winner or extremely popular title that we can tell the previous owner didn’t even try before throwing it onto the donate pile.

Recently we found an almost-new copy of Dominion, and it got me to thinking of how it ended up at our Goodwill with only one of the five decks of cards opened. Obviously someone got it as a gift, opened a deck to look at it and then for whatever reason decided it was too hard, they didn’t have time or the theme didn’t interest them. I’m sure it was someone’s well-intentioned attempt at introducing them to a world of games beyond Monopoly and Scrabble. They would probably be heartbroken to know their gift met with such a fate. 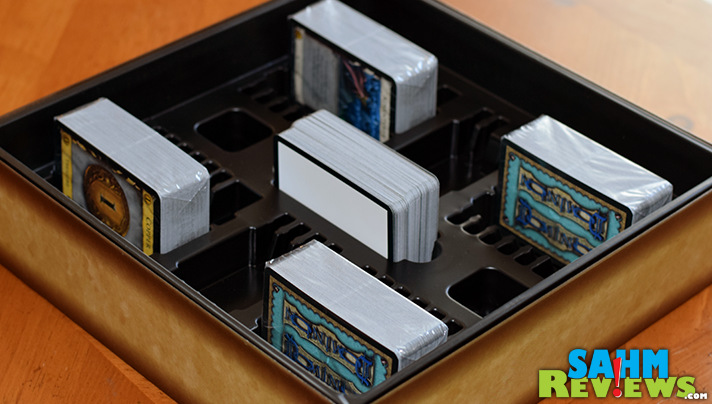 I normally take the time to show you how a game is played, but Dominion is so well known that there are hundreds of sites and videos that do a fine job of introducing one how to play.

Released in 2008, Dominion is widely known as the king of the deck-builder genre. A deck-building game is a card game that uses building a deck as the main focus of the gameplay. It is similar to collectible card games in that each player has their own deck to utilize. However, unlike CCGs, the cards are not sold in randomized packs, and the majority of the deck is built during the game instead of before the game. Typically, the cards provide a type of game currency which allows a player to buy more cards to add to their deck. They may have not been the first to adopt this game mechanic, but they are the best known. 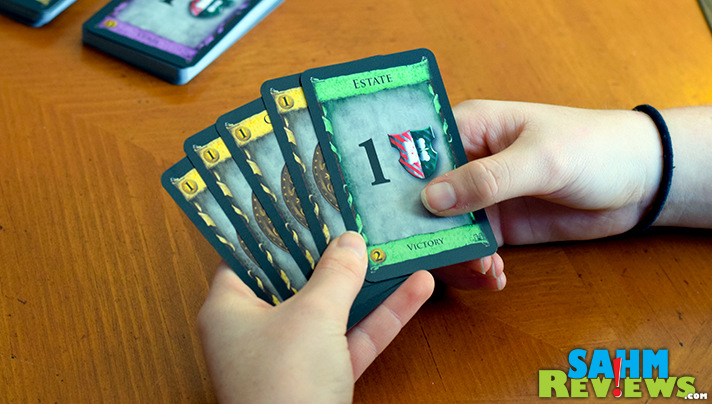 It is also considered one of the ‘gateway’ titles that boardgamers like to use to introduce non-gamers to their hobby. In good company alongside Ticket to Ride, Settlers of Catan and Splendor, Dominion can regularly be found on the shelves of bookstores, specialty stores in the mall and even large chain stores like Toys R Us and Target. 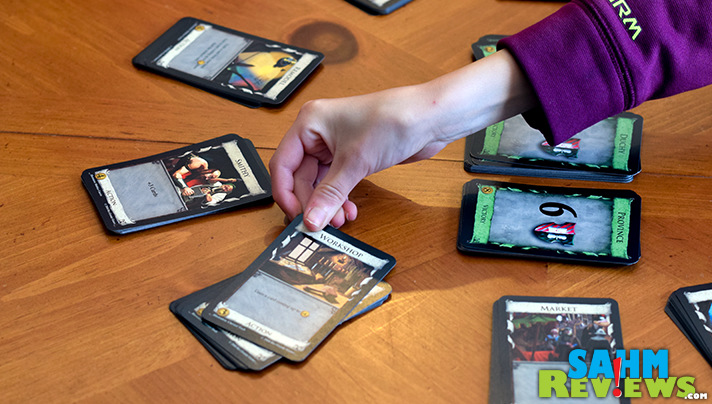 So why does finding a sealed copy of Dominion sadden us? Think of it as a lost opportunity. If I were to take a friend out to a favorite restaurant and they refused to eat anything even though I was picking up the tab, I would be hurt. Same thing if I bought them a gift card to the same restaurant and they let it expire without trying it once. 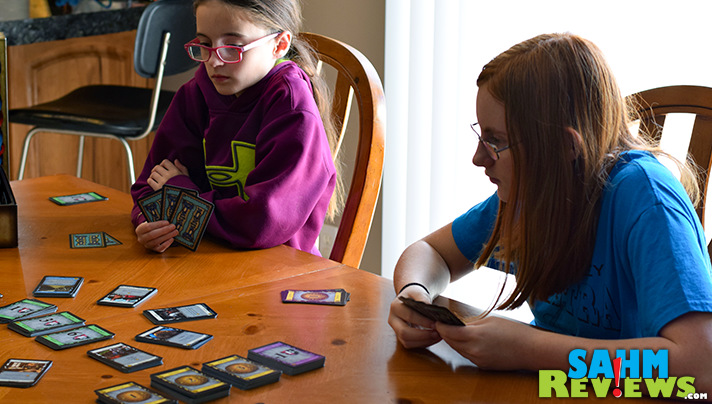 It’s OK not to like something your friends like, but what kind of person are you if you don’t even try something your friend (or family member) recommends? Are you really being a good friend? Or are you just appeasing them for the moment, only to turn your back on them when they’re not around?

So while I am happy to have a new copy of Dominion in my collection for about $30 less than it would have cost me in the store, I know that somewhere there is a fellow board game aficionado who is trying hard to introduce his network to his hobby, and is having those great intentions ignored.

On a lighter note, Dominion is a game everyone needs to have in their collection and was a 2009 Spiel des Jahres winner (one of the highest awards a hobby game can receive). It has spawned numerous expansions and is a crown jewel in Rio Grande Games‘ library. Keep an eye out for a copy for yourself!

Does it bother you if a gift goes unused?