Again I get to gush about how I enjoy abstract games. Those themeless games like Go and Checkers that pit players against each other in an even match. Last week I found a new one that used a round board and adopted many of the same mechanics as Chess.

Round game board have always intrigued me, as it seems their design prevents “turtling”. For those of you not familiar with the term, this is a great definition from Wikipedia:

“Turtling is a gameplay strategy that emphasizes heavy defense, with little or no offense. Ostensibly, turtling minimizes risk to the turtling player while baiting opponents to take risks in trying to overcome the defenses. In practice, however, games are often designed to punish turtling through various game mechanics. Consequently, while turtling strategies are usually simple enough for novices to learn and are effective as such, they are easily defeated by experienced players who understand the game’s methods to counter turtling.” 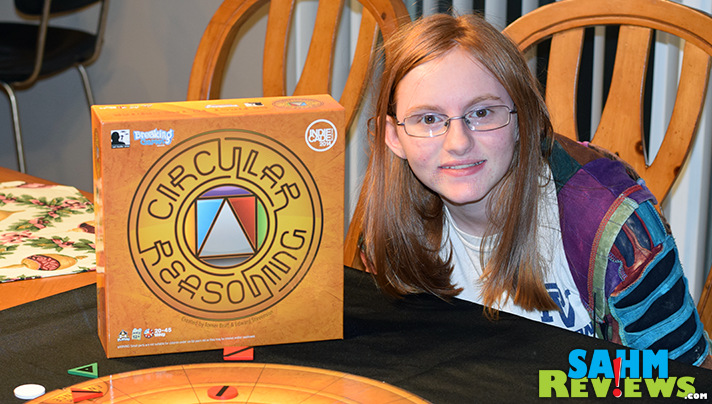 Our latest abstract obsession comes from veteran game publisher, Breaking Games. Just like Planetary Strike last week, Circular Reasoning sports a round game board. But that’s where the similarities end – this is a very different game.

Supporting up to four players (best played with three or four), each player controls three wooden pieces they are trying to get to the center of the board. The first player to do so wins. And while it sounds simple, each move of every player affects your strategy. 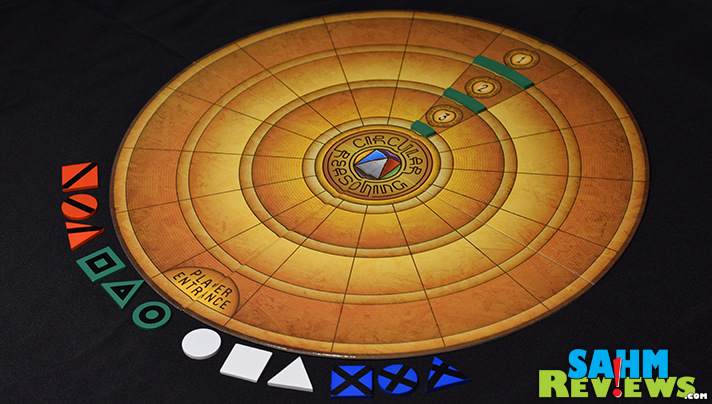 Your three playing pieces consist of one square, one triangle and one circle. The square can move four spaces in any direction, the triangle three and the circle is limited to two. The board is made up of rings and you may move clockwise or counter-clockwise, but must move the full amount of your moves and not change direction. 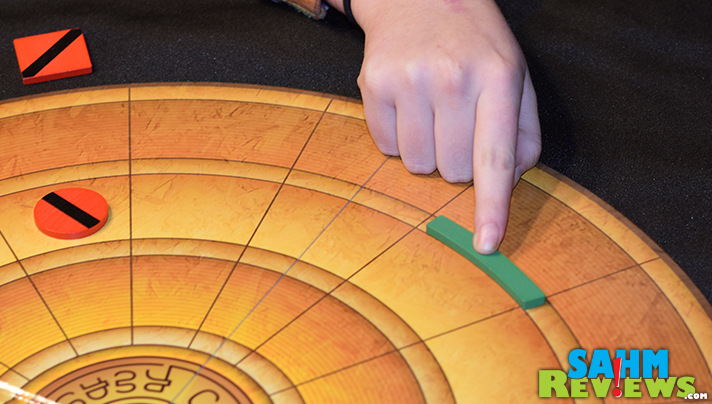 Each ring is ‘connected’ by moving wooden arcs that represent gateways. These doors move clockwise around the board according to how many wooden pieces are in the adjacent ring. For instance, if there are three pieces in the outermost ring, the first arc moves three spaces. This gateway is the only location you can cross to the next ring, whose wooden arc also moves in the same manner. 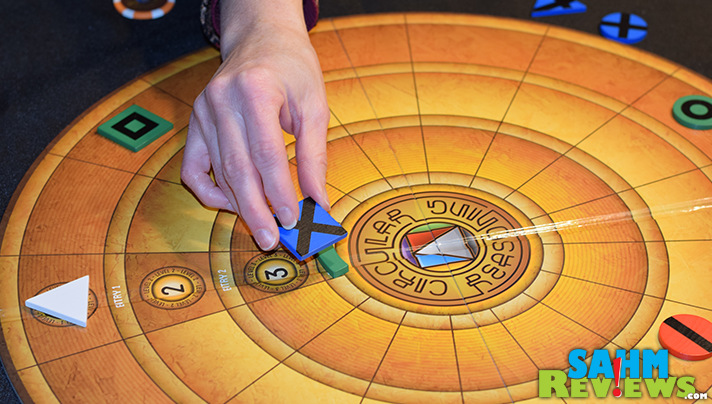 As you can imagine, the more players the more likely the arcs will move (and farther). Your pieces also cannot jump over or land on the same space as another piece, so with more players there are more obstacles. After each round of play (one turn per player), the gateways move, and then play is resumed in reverse order with the person going last beginning the next round.

Depending on the skill level of the players, expect a game of Circular Reasoning to last anywhere from 15 minutes to over an hour. One could definitely get caught up in planning our their moves (as in Chess), only to have them foiled with a strategy that you didn’t consider. 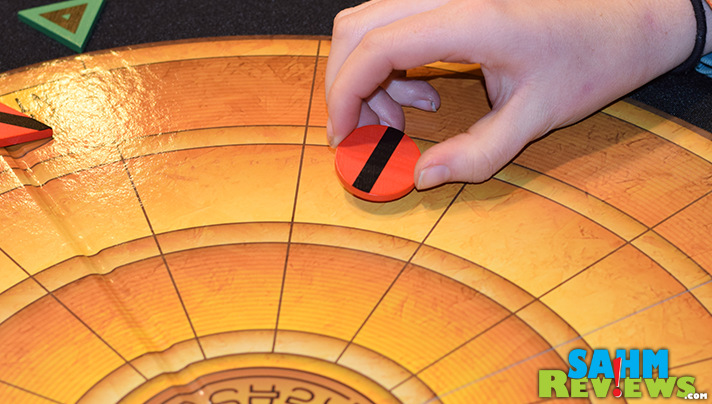 Maybe by now you have noticed the odd lines on some of the playing pieces? Breaking Games purposely designed them this way to accommodate their colorblind players – a very nice touch and one that many publishers overlook.

Circular Reasoning is a very solid abstract title that retails for only $25. Breaking Games, the game division of Ad Magic, is well-known for a number of popular card-based games like Twirk and more recently the amazing Kickstarter success story – Exploding Kittens! Check out their Twitter feed or Facebook timeline to see if they’re going to be exhibiting at a convention near you!