We get it, not everyone has the time nor space to set up and play a board game. Especially a new one that takes time to learn and then time to teach. And you still have the play time to consider. We have noticed a recent trend of officially porting some of the most popular tabletop titles and making them available on our mobile devices. An added bonus – they’re much cheaper than the boxed version!

Apps are a great solution for playing remotely with friends (or strangers) as well as just practicing various strategies. Don’t like the direction your pawns are headed? Just start over! Many apps also have unlockable achievements that aren’t available in the real-world version, and with consistent updates you will always have the most-recent features at your fingertips. And let’s not forget in-app purchases. I’m not a fan of this type of marketing, but many are – it’s there if you need a new map, new skins or the latest expansion.

Here are just a few we’ve discovered and enjoyed! 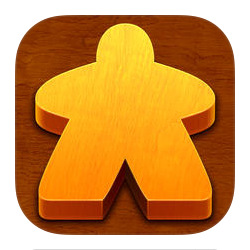 Play the original award winning board game Carcassonne with friends, family, or other board game enthusiasts – online or offline.

Build a medieval landscape, tile by tile, claim landmarks with your followers and score points. As a winner of the prestigious “Spiel des Jahres” award in 2001, the game allows for a plethora of play styles and strategies. If you like social gaming or board games you will love Carcassonne! 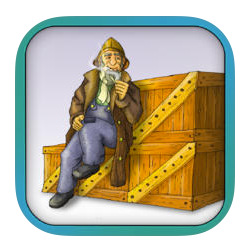 In this universal adaptation of the popular board game (winner of a 2009 International Gamers Award, among others), you can compete with up to 5 people — or against a computer’s AI — to construct buildings and ships to support your shipping empire. An in-depth tutorial and hint system help you develop the strategy you will need to dominate the harbor.

Collect resources to build and use new buildings, while paying your workers and saving up for ships. Buildings are a good investment, but ships provide necessary income. Deciding where to put your resources early on may determine your fate later in the game, so choose wisely! 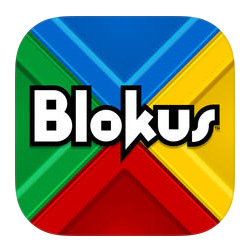 Stake your claim, protect your territory, and strategically block your opponents!

The popular family board game is now in the App Store! Start with 21 pieces and try to play as many of them as possible by connecting the corners. Just be careful because other players will try to block you. The player with the fewest squares left is the winner! 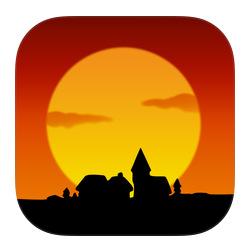 True to the original game, you can compete with up to four players for the most settlements, the longest roads and the largest army. You can trade with each other and claim the precious land with all its resources.

The game allows you to challenge other Catan fans online via cross-platform multiplayer to prove your strategy skills or play against the AI:  Various computer opponents, each with their own individual characteristics, will prove themselves worthy competitors: the pirate Jean, who knows no compromise, Vincent the merchant, who never allows himself to be cheated, Sean the knight, who takes what is rightfully his…

The official adaptation of Days of Wonder’s best-selling train board game, Ticket to Ride takes less than one minute to learn but a lifetime to master. Over 48 million games played online and a new game starting every 4 seconds on average! In addition to the exciting cross-platform asynchronous multiplayer mode, players will enjoy a new intuitive user interface, new social media capabilities to share exciting moments, and the brand new India map, the first vertical map to be available on Ticket to Ride. 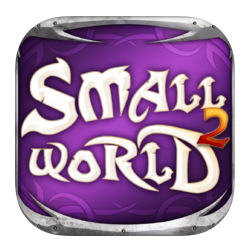 Based on the phenomenally successful Small World fantasy board game with over 500,000 copies sold!   Take control of insanely fun fantasy race & special power combos, such as Berserk Halflings, Triton Merchants, Alchemist Ratmen and Dragon-master Amazons, to grab all the land you can in a world that is just too small to share with your opponents! 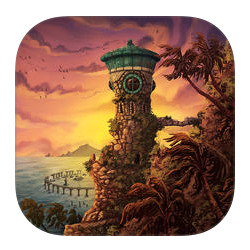 Forbidden Island is a cooperative game of strategy and courage as you and up to three other adventurers attempt to capture the four ancient treasures hidden on a sinking island. It’s a thrilling adventure based on the best-selling Gamewright board game.

Become a boss, build a dungeon, and destroy puny heroes. The best-selling indie card game has arrived to iOS!
Boss Monster is a dungeon-building card game that challenges players to become the ultimate villains: video game bosses. Thousands of players around the world have enjoyed the paper version of the game, but now Brotherwise Games has partnered with video game developer Plain Concepts, creators of Wave Engine, to bring Boss Monster from the tabletop to the digital world!

As skilled members of a disease-fighting team, you must keep four deadly diseases at bay while discovering their cures. Travel the world, treat infections, and find cures. You must work as a team to succeed. The clock is ticking as outbreaks and epidemics fuel the spreading plagues. Can you find all four cures in time? The fate of humanity is in your hands! 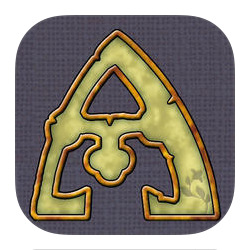 Winner of the 2013 Board Game of the Year from Pocket Tactics!

Europe is recovering from some hard times. You and a spouse must grow your 2-room hut and empty farmyard into a productive farm. You must sow and reap, raise animals and expand your family in order to thrive. Europe in the 17th century: a tough time to be a farmer!

Agricola is a family-friendly strategy game. Simple to understand and great fun, Agricola lets everyone play to the end in a race to see who can build the most productive farm.

This is but a small sampling of the hit board game apps you can play on your phone or tablet. Not to mention mass-market favorites like Monopoly, Scrabble and Boggle! I’m sure we’ve missed a few of your favorites – feel free to point them out in the comments!