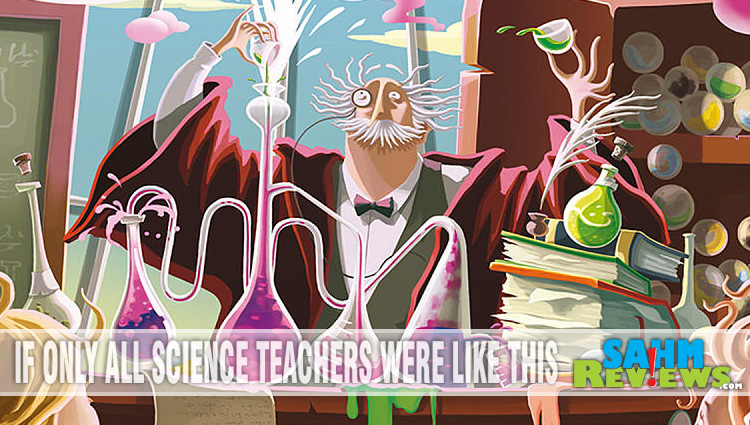 Were you one of those people who got obsessed with apps like Bejeweled or Candy Crush Saga? Not me, I refused to download them because I knew I’d spend WAY too much time playing. I got stuck in the FarmVille loop for the better part of a year and don’t wish to go back to that grind again. Oh wait, I forgot about Pokemon Go…

Thankfully most of our gaming time is spent offline in the form of board games. You just can’t beat the social interaction of playing with friends and family face-to-face. Games have been part of the American culture for centuries and the recent surge in the popularity of board games only helps to cement its position in our household.

But the game I’m about to tell you about completely floored us. Sure, there have been board games turned into apps. And games that started out as apps and were then introduced in physical form later. But never have we run across a title that not only utilized a brand new feature ‘borrowed’ from the online world, it did so by mashing it with tried-and-true board game mechanics. We are extremely pleased to be able to show you Potion Explosion by Cool Mini or Not! 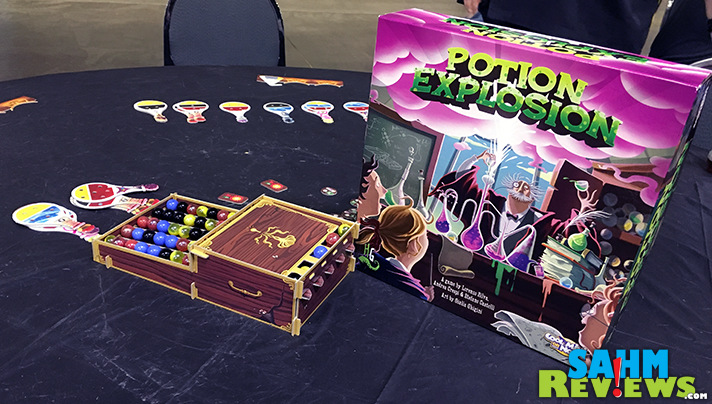 Our first exposure to this brand new game was at the Origins Game Fair in June. Tucked into a corner of Cool Mini or Not’s huge demonstration booth was one table filled with marbles and a hand-made prototype of Potion Explosion. And the waiting time to take a turn at trying it out was VERY long! It wasn’t until the final day of the Fair did we finally get to sit down and give it a shot. And be “we”, I mean my girls, as there were still only a couple open slots available. Based upon their excitement after trying a few rounds, I knew Potion Explosion was one that we would need to immediately add to our library.

As a sorcery student at the Horribilorum Sorcery Academy for Witty Witches and Wizards, you are trying to concoct the most difficult and valuable potions to pass your final exam. To do so you must add the correct ingredients (in the form of marbles) to each potion’s recipe board. Each student begins the exam with two on the Bunsen burners in front of them and takes turns selecting ingredients from the dispenser.

Grabbing a marble from the dispenser will cause them to fall. If two or more like colors connect, this creates a Potion Explosion and you are allowed to also collect these connecting colors and place them in your vials. In fact, proper prediction of the ‘explosions’ will be necessary in order to maximize the number of ingredients you can collect on a turn. 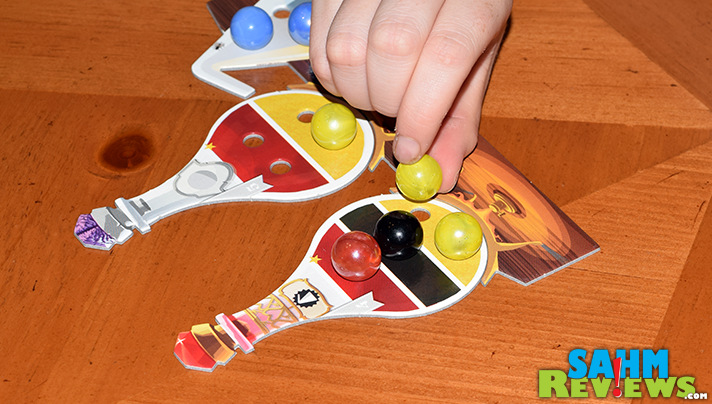 Collected marbles are immediately placed into the potions with any extra (up to three) allowed to be stored in the small retort flask next to your burners. Any additional which you don’t have room for are returned to the top of the dispenser where they will randomly fall and refill the chutes. 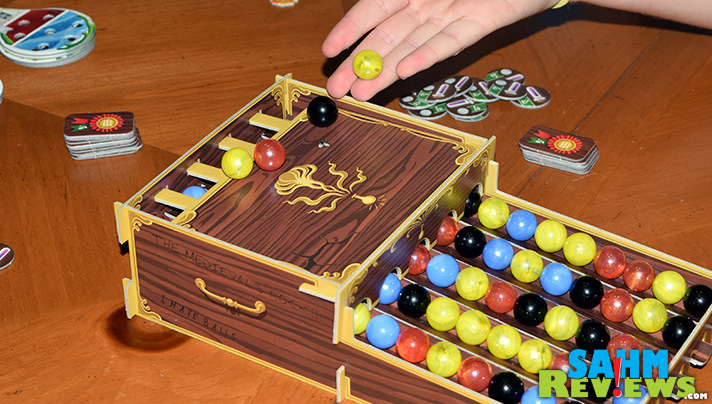 When a potion’s recipe card is filled, it is considered complete. The marbles are returned to the dispenser and the potion is removed from the Bunsen burners and placed in an area below your desk. However, this is not the end of the potion! Each potion offers an ability that may be used at any time on your turn, even immediately. Some allow you to take an additional marble from the dispenser while others challenge you to take one from an opponent!  Eight different potions types are available (six used per game) and timing their use to maximize a turn is a key ingredient to winning. Each potion is also worth a certain number of victory points depending on how difficult it is to create. Drinking (using) a potion’s ability doesn’t steal these points from you, once they are completed they are yours to keep. 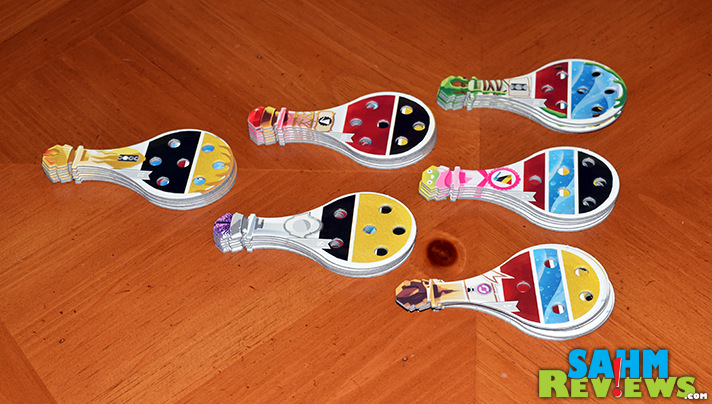 Along the way you might need a little help from your professor. By taking one of the Help Tokens (once per turn), you may take an extra ingredient from the dispenser. This gets you an extra marble, but does not award you any additional due to explosions and also penalizes you 2 points each at the end of the game. 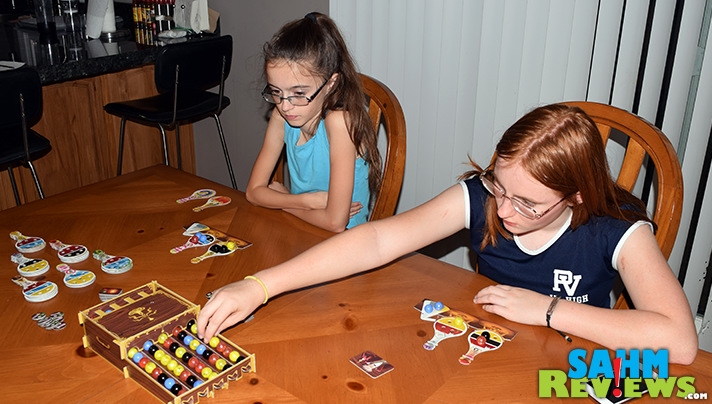 You are also vying for skill tokens which award additional points for completing 3 potions of the same type and/or 5 different kinds of potions. The number of players (2-4) will determine how many skill tokens are available, and once exhausted, triggers the end of the game. The current round is completed so that everyone has had an equal number of turns and still have an opportunity to finish their potions!

After adding up the values of all completed potions and skill tokens (and subtracting the Help Tokens), the person with the most points is the winner!

At its heart, Potion Explosion is a nice set-collection game. The very unique 3-D marble dispenser is really what makes the game shine and will undoubtedly remind you of your favorite phone app. Brand new this quarter, you can find it on Amazon for well under the $50 MSRP!

We have a number of other brand new titles from Cool Mini or Not which we’ll be featuring this Fall. They’re also working on a couple brand new products which they teased at Gen Con, so be sure to watch their Facebook and Twitter timelines for their latest happenings!

How many hours will you admit to playing one of those candy-type apps?