Hopefully by now you’re a regular reader of our offline game introductions. We truly enjoy discovering new publishers and board game issues – anything that keeps the family off their phones and game consoles for just a few minutes! Maybe you recall the game we discussed back in September by Cool Mini or Not. It was their brand new Potion Explosion, a game with an uncanny resemblance to a number of popular digital apps.

The idea of going from tablet to regular board game appears to be a difficult task. Some things you can do with the touch of a finger just can’t translate well to the analog world. I mean, imagine trying to slice fruit and vegetables with your finger! I don’t see that happening any time soon. 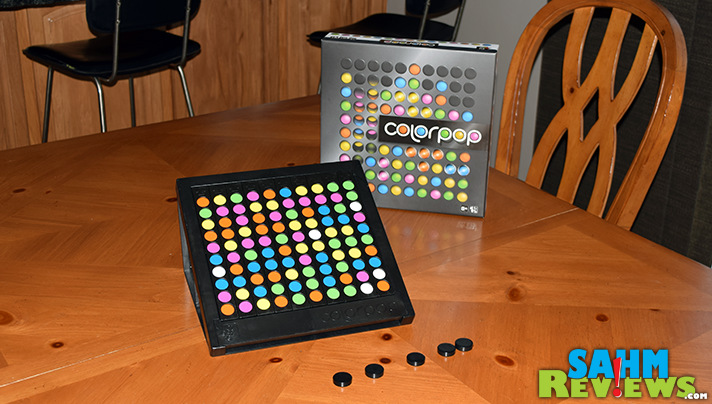 But then I came across Color Pop by Gigamic and it forced me to rethink how digital actions can be recreated in real life. Not only have they also recreated mechanics seen in app form, they have done so in a way that is as satisfying as popping bubble wrap (and you can’t get much more satisfying than that!). 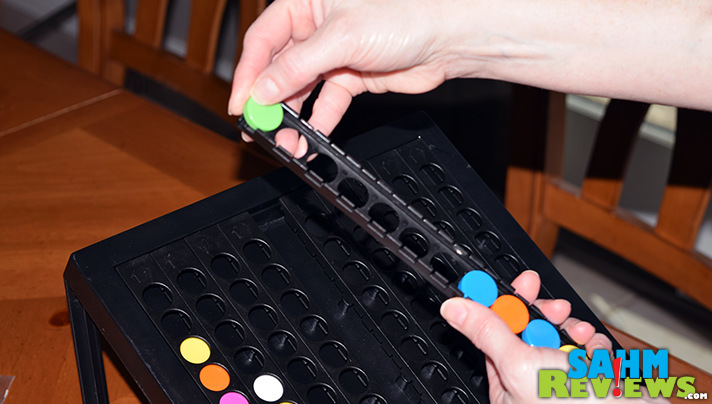 Color Pop is a game of last man standing. The entire board is populated with Spree-sized discs of six different colors (white is a wild color) by sliding them into the removable columns on the board. Each player, up to five, then selects a random secret counter which will tell them the color they are for the game. This is kept secret so no one knows what color you are actually working on.

Your goal is to completely eliminate your color from the game board or to have the least on the board if no more moves can be taken. On each players’ turn they will “pop” a group of colors from the board. You cannot pop just one – it must be in a group of two or more of the same color horizontally or vertically and there is no limit to how large the contiguous group can be. Pressing on the board will cause the discs to pop downwards, falling out of the bottom. The columns then drop to fill the empty spaces. 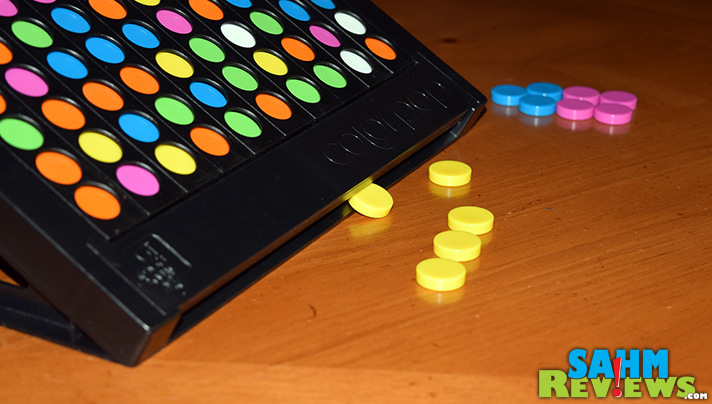 Once a column is emptied, it is removed from the board and the rest of the columns are slid to the right to keep all the discs together (you can put the empty column on the right hand side to fill the empty space). Play continues until either someone is able to remove the last disc of their color from the board or no more valid moves can be taken. Then the person with the fewest of their color remaining on the board wins the game. 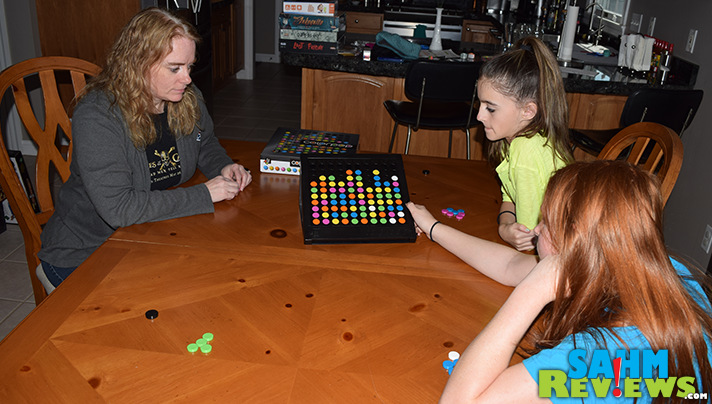 There was one vague rule that warrants clarification as Color Pop can be played either way. In the rules it states “the player may remove any group…”. This would suggest a player can pass their turn without removing any discs, but we felt it wasn’t in the spirit of the game. We played that a player MUST remove a group from the board on their turn, even if it isn’t their own. Removing other colors is a valid strategy anyhow, as you need to do it in order to group up your own colors and keep the other players guessing about which is really your secret color. 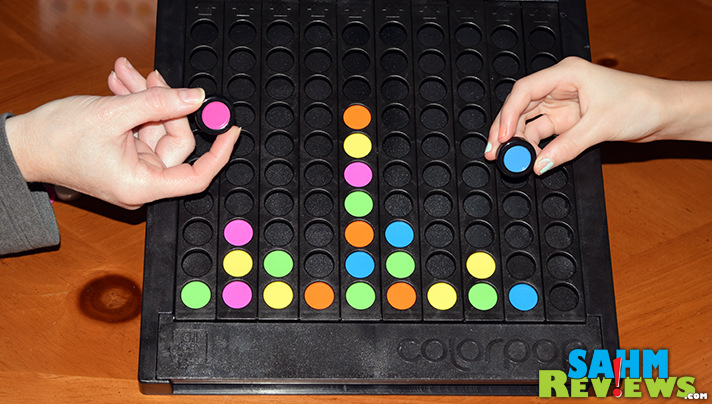 Either way you interpret the rules, Color Pop is a fantastic alternative to sitting down solo to a game of Bejeweled. As I mentioned, there was something oddly satisfying about being able to pop the discs out of the board. We found ourselves just reloading and popping away just to see the discs fall! Yeah, we can be odd like that…

You can find your own copy of Color Pop on Amazon under $25 or at your friendly local game store. When you stop in, be sure to ask about other Gigamic products and pull up their website to show them all the great titles they’re missing! Gigamic is pretty active on both Facebook and Twitter, so be sure to follow their feeds to find out about what they have in store for 2017!