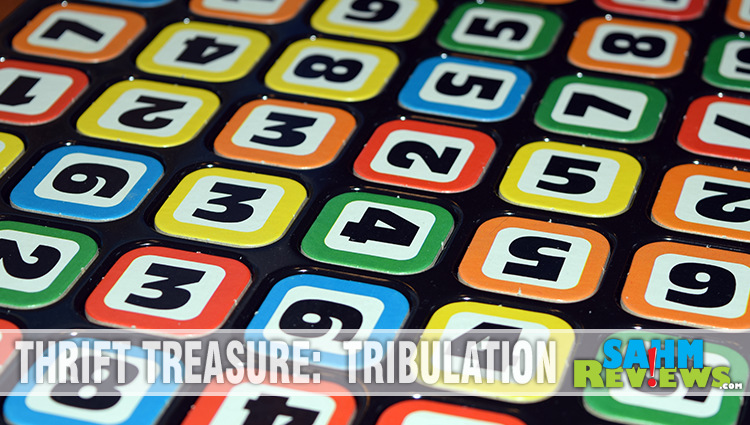 I seem to be having some luck finding colorful board games from the 1980’s. I guess because I was still in high school during this time they appeal to me. Typically designed with primary colors and custom plastic parts, these games often fall into the abstract games genre. Perfect for me since that is probably my favorite type!

I selected this week’s Thrift Treasure because it fit into the same mold as others from the era that I’ve enjoyed. Little did I realize that Tribulation by Western Publishing Company would also deliver a refresher course in basic math. Now before you groan and assume this is just an educational game, keep reading. 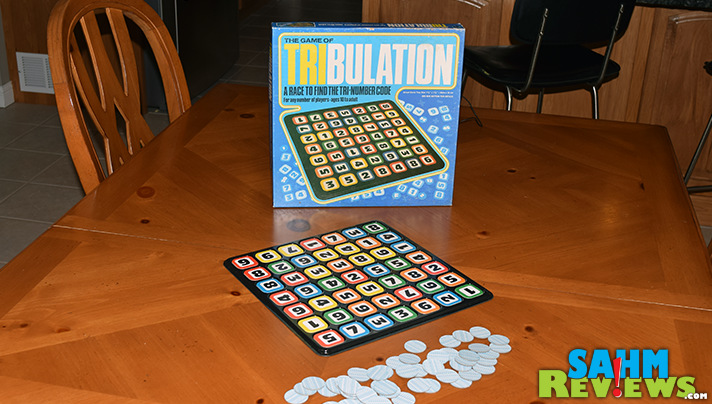 Tribulation comes with a custom plastic game tray, 49 number squares and 50 number discs. Setting up the game consists of randomly mixing the number squares and placing them on the game tray in the perfectly-sized recessed areas. This creates your custom board for this game. 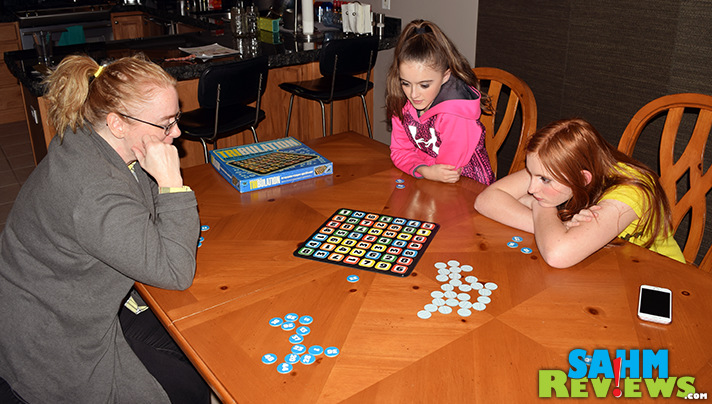 Next, take the 50 number discs and turn them face down. Mixing them up, we chose to just leave them in a pile where anyone could reach. That’s all there is to the setup – now you and as many as your friends that fit around a table are ready to play! (Tribulation supports any number of players). 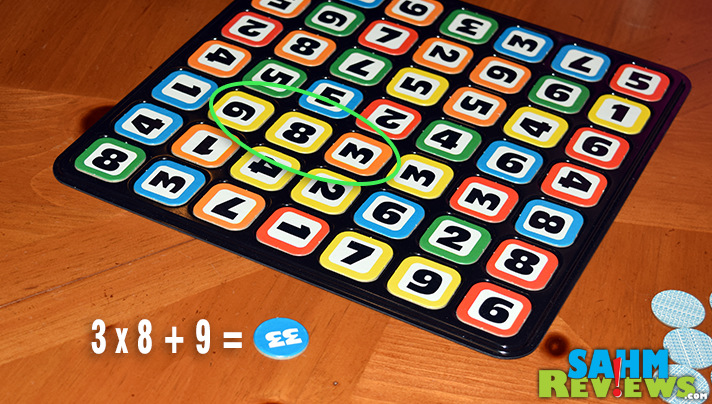 One person turns over one of the number discs, revealing a 1- or 2-digit number. It is then a race to find three numbers in a row horizontally, vertically or diagonally that total the number on the revealed disc. But not just any total – it must be done in the following order: number 1 * number 2 +/- number 3. For example, if the drawn number is 29, you might find a 6, 5, 1 in order to create 6 * 5 – 1 = 29. The first person to point out a valid answer from the board wins the disc. 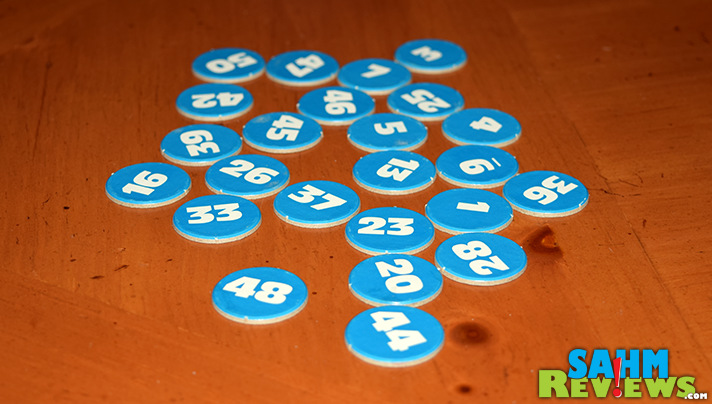 Tribulation is played over many rounds, either until all the discs have been claimed or until a person reaches an agreed upon number of discs. The board changes from game to game thanks to the random population, but remains the same for the duration of one game. To mix things up a little bit, the rules also state that sixes and nine are interchangeable!

You can find a number of copies of Tribulation on eBay for well under $15 shipped and maybe at your local thrift store. Also known as Trio or Trimatics, it has been issued by a couple other publishers over the years. Maybe one of those will pop up on the shelves!

How do you think you’d do at this math game?