I briefly mentioned our family’s love for the Winter Olympics, and especially curling, when we told you about a shuffleboard-style game set among the Neanderthals, Caveman Curling. It’s odd, we usually like more action-packed sports and cannot watch golf or non-Chicago Cubs baseball. The games/rounds are just too slow to keep our attention. But curling is…hypnotic. If you’ve ever watched a match, you know exactly what I’m talking about.

Last year a friend brought a game to our weekly game night that he had just received after backing a campaign through Kickstarter. He backs a few each year and is rather choosy about which he gives his money to. He’s not after the latest miniature game, he prefers odd dexterity or abstract games – ones you won’t be able to find in the store. This time he brought a brand new copy of Tumblin’ Dice by Eagle-Gryphon Games. 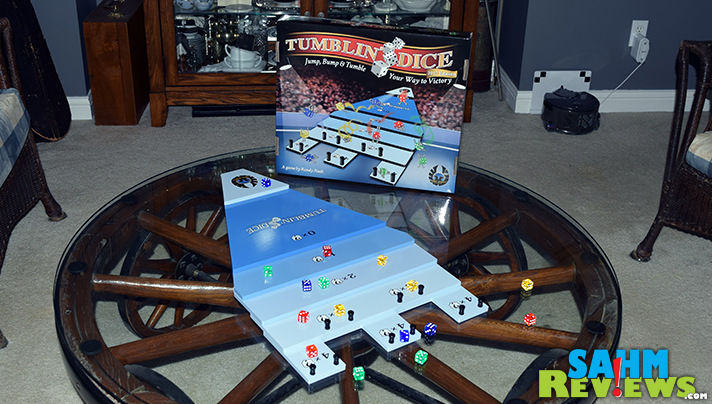 Fast-forward six months or so and we have our own copy, fresh from the second batch. Dubbed the “2017 Edition”, I can’t quite recall what (if any) changes were made from the Kickstarter issue. After setting up and playing a few (dozen) rounds of this newer version, we don’t think any changes are necessary at all! 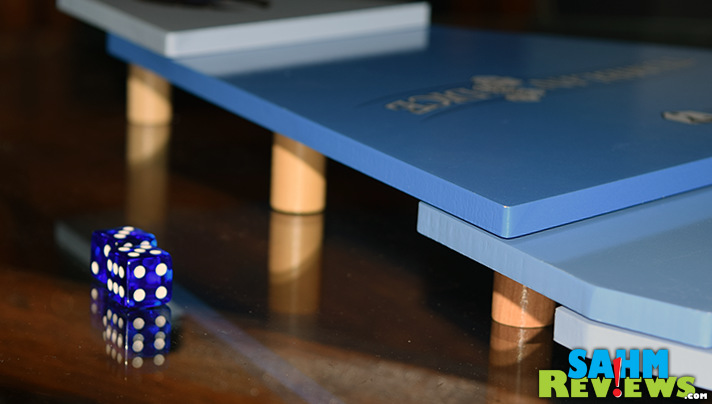 I mentioned the sport of curling because there are some rule similarities in Tumblin’ Dice. I suppose you could also compare it to shuffleboard, but I’m not ready to admit I also enjoy that “old person’s game”. Tumblin’ Dice includes a wooden playing board that you must construct in three dimensions. More than just sliding an object towards a target, it will fall down levels. Pay attention, it will all make sense in a minute. 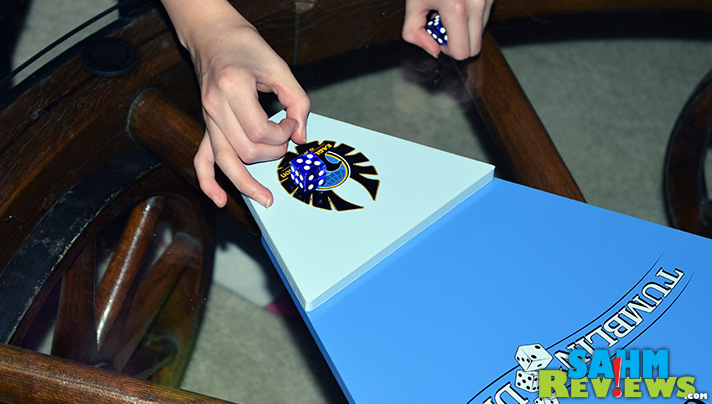 Instead of using any type of disc or puck, Tumblin’ Dice uses…duh…dice! Each player (up to four) receives a set of colored six-sided dice. A standard game of Tumblin’ Dice will occur over a number of rounds equal to the number of players. On your turn you will place one of your dice at the top of the board and push/flick/roll the die so it begins its journey towards the bottom. 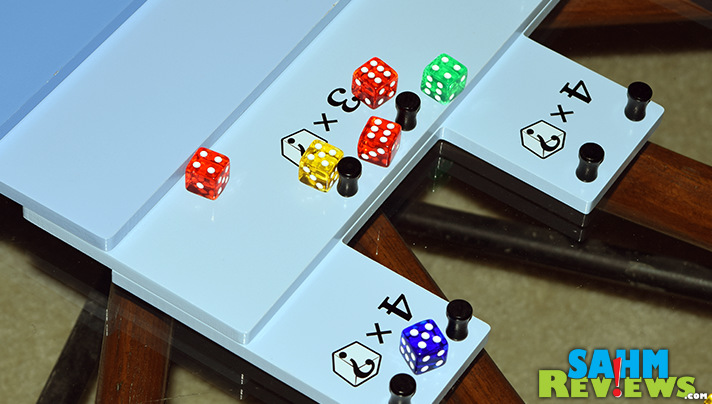 As you can see, each level of the board has a different and increasing multiple printed on it. This will be used for scoring at the end of each round with the number of pips on your dice being multiplied by each level they land on. But just like in curling, getting your dice on the right level doesn’t mean it will be there when the round ends. Each person is taking turns shooting one die and knocking other dice off the board, making them worth nothing, is a valid strategy. But that comes with risks also – it is entirely possible to knock an opponent’s die to a higher-scoring level or even cause it to flip to a higher pip value! 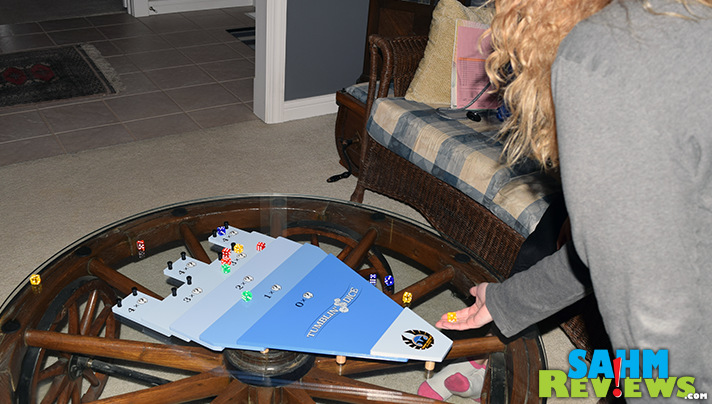 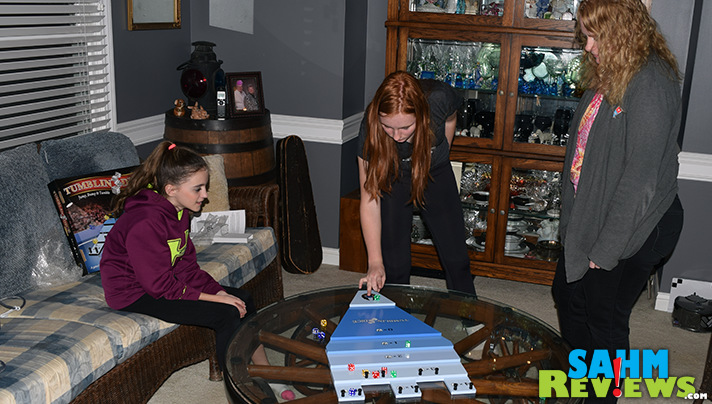 Tumblin’ Dice is recommended for 2-4 players, but can also be played as teams to accommodate more by splitting up the dice. Advertised for ages 13+, this is definitely a case of product testing getting in the way of an accurate recommendation. Tumblin’ Dice can be enjoyed and successfully played by ages as young as 5 or 6. If they are old enough to roll a dice and have opponents that can help them with their multiplication skills, then Tumblin’ Dice is perfect for them.

You’ll find Tumblin’ Dice on Amazon for around $90 shipped. Yes, that is a lot for a game, but please note this is not a cardboard board game. The entire game is made from wood and will outlast most of us. Compared to other games where it is so easy to make them unplayable by tearing one card or spilling a drink on the play money, Tumblin’ Dice is a bargain!

As always, be sure to check out Eagle-Gryphon Games’ website as well as their Twitter and Facebook feeds to see what they have in the works. I hear rumors of a couple exciting Kickstarter campaigns – might be the time to jump on them so you don’t have to wait months for a retail copy like we did with Tumblin’ Dice!

Which do you prefer, curling or shuffleboard?