One of the coolest things we like about working with the toy and game industry is we get to see companies progress from startups to full-fledged businesses. Many, many times we have featured a game or toy from a company, only to see them expand their product line and become international successes.

We saw this when we first started showing products by Spin Master, and this year they were all the rage with their Hatchimals toy that caused near riots at department stores this past holiday season. We were among the early sites to write about games by Tasty Minstrel Games and now they’re slated to issue a half dozen or so new titles this year alone!

But there is one company that warms our heart to be able to tell you about. We met Dane Christianson of Moving Parts, LLC at the Chicago Toy & Game Fair back in 2014. He was already seeing good success with his invention, the X-Cube, and agreed to sit down for an interview with Madison about his company and small line of products. Just look at how young they both are in the video above! 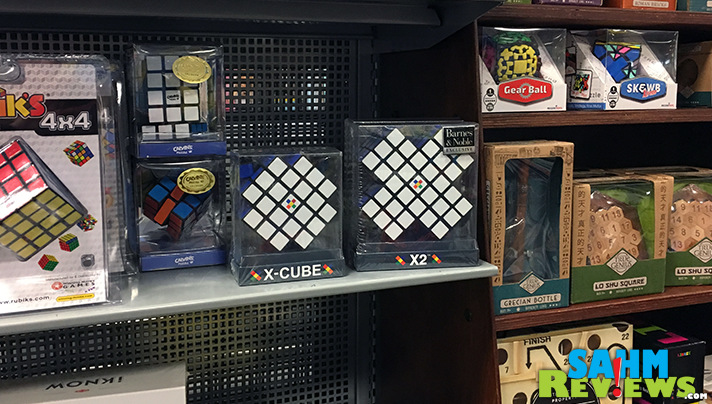 This year we once again ran into Dane at the annual ChiTaG Fair, not only looking older, but featuring a brand new entry in his lineup, the X2 Cube. We weren’t too surprised, as we had seen a copy on the shelves of our local Barnes & Noble a few weeks before. What we didn’t know and learned from Dane was that it was a B&N exclusive! Moving Parts, LLC had come a long way! 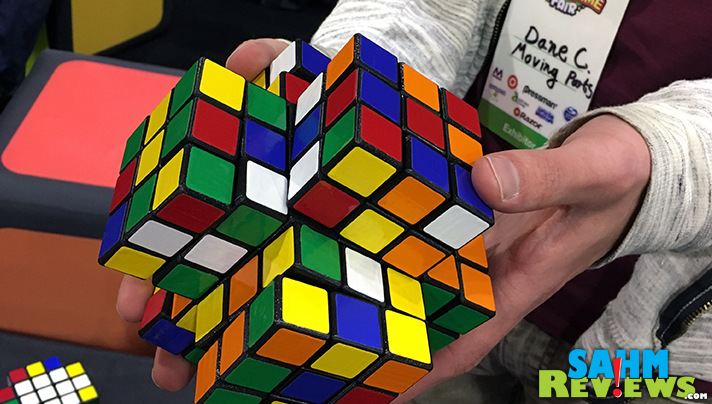 What makes the X2 different than the original X-Cube? It’s bigger! And by bigger, I mean longer “legs” of the “X”. In the original X-Cube, it was similar to a standard Rubik’s Cube but with four of the sides extended to create an object resembling the letter “X”. The X2 simple extends these same four sides one block farther, adding quite a bit of complexity to the X-Cube’s 5.94×10^38 different permutations. 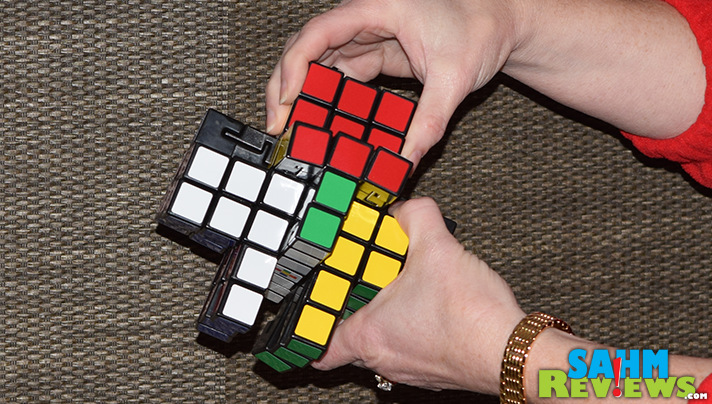 When we first played around with the X-Cube, we knew right away this was a puzzle we really didn’t want to mix up else we’d never get it solved again. With the additional complexity of the X2 Cube, we know this for certain. This is not a puzzle to be played with. And being brand new to the market last fall, there aren’t a whole lot of tutorials available online just yet. Maybe once someone else perfects a solution we’ll give it a shot. For now, enjoy the photos of the barely-mixed X2 Cube!

As previously mentioned, the X2 Cube is a Barnes & Noble exclusive product and retails for $39.95. If you’re a B&N club member you save 10% every day. The X2 also qualifies for free shipping (any order over $25)!

Be sure to watch Moving Parts, LLC’s website as we hear of another “cube” or two in the works! You’ll be happy to know they’re much easier than the X2 (and the X-Cube, for that matter). Follow them on Facebook and Twitter and maybe you’ll find out more about them faster than we do!

Editor’s Note: We mixed it up and can’t solve it!

Can you solve the original Rubik’s Cube? Think you would tackle this one?