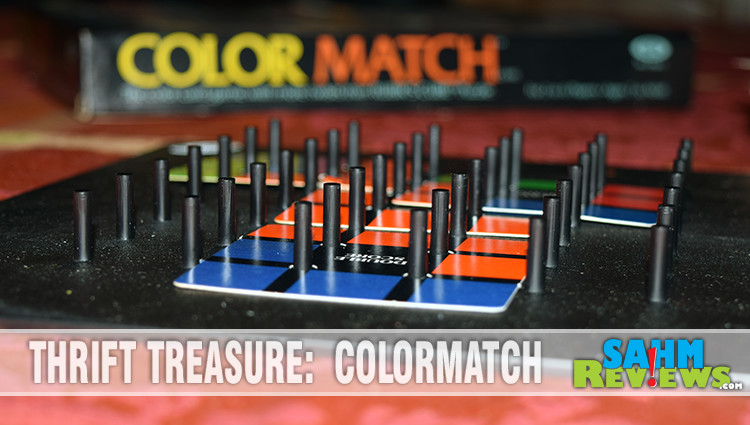 I’m sure I don’t need to remind you about how much I am a fan of the Rubik’s Cube. I could solve it in middle school in the late 70’s, solidifying my nerd-dom for the next few years. We’re also huge fans of the various cube puzzles on the market like the X-Cube, X2 and the Marusenko Sphere. We’ve even found games with a Rubik’s cube theme, like Rubik’s Race. And Nicole saved a puzzle from her youth that is the most awesome puzzle ever made – Rubik’s Magic Jigsaw Puzzle. 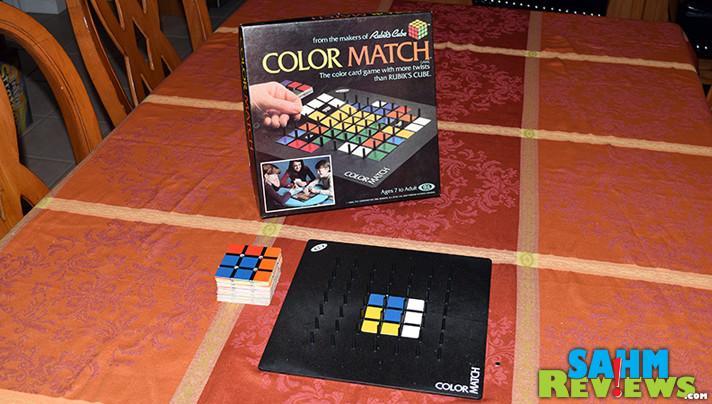 This week an audible squeal could be heard at our local Goodwill when we came across Colormatch by Ideal Toys. The box screamed “Rubik’s Cube” and we were delighted to find this copy was complete and in good condition. And only $2.88 – a steal for a piece of our childhood!

The object of Colormatch is to be the first player to line up a square of nine matching colors, just like a side on a traditional Rubik’s Cube. The game includes a custom plastic board with vertical pegs and sixty cards with a 3 x 3 colored grid on one side. 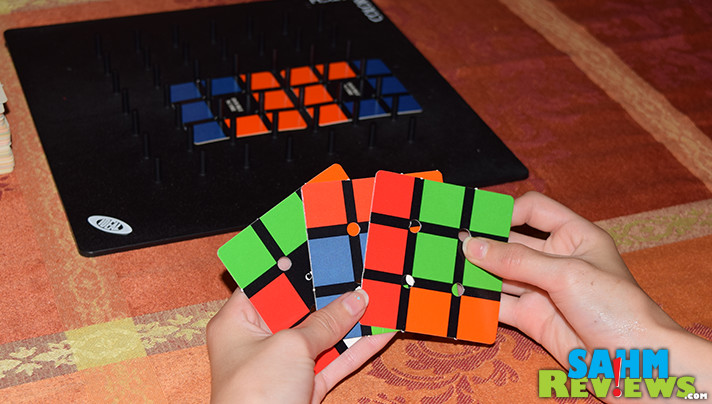 Each player is dealt a hand of three cards and the first player plays one to any place on the board, inserting the pegs into the pre-punched holes in the card. That person then calls out the “master color”, which will be the color of the 9-square side you both are vying to complete.

To play the next card, you must lay a new one down that has the master color touching a previously-played master color. You may cover other cards in the process, but may not cover a square containing the master color. Any place on the board is valid as long as all four holes in the card are occupied by pegs. 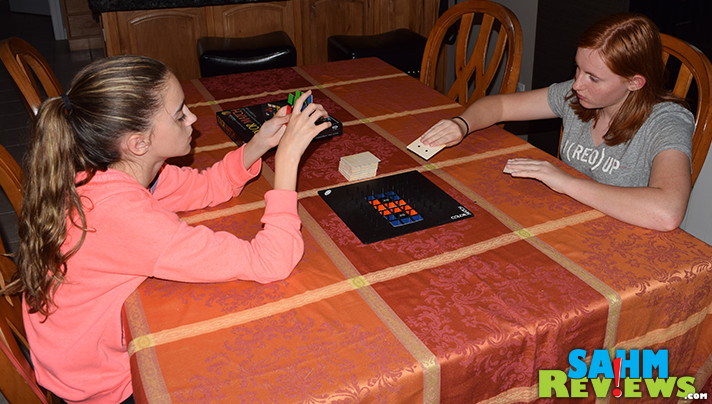 There are a couple cards which have the center square omitted and replaced by an action. This action happens immediately when the card is played and includes taking another turn, doubling the round’s score or even changing the master color mid-round! 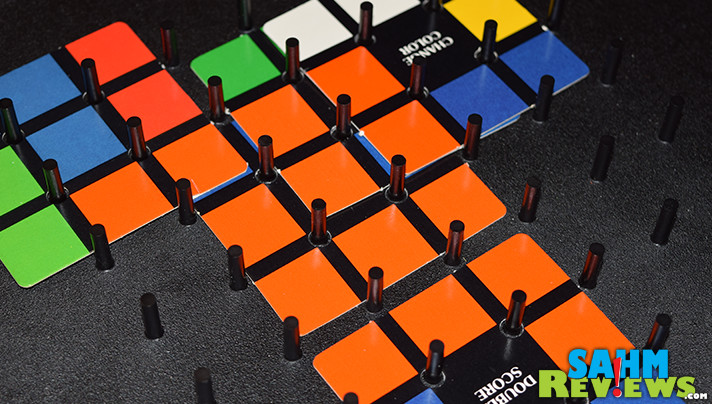 If you have a card that will complete the 3 x 3 grid of the master color, you may ignore the placement rule of not being allowed to cover another master color and play your card to win the round. The winner receives points equal to the number of connected master color subsquares showing on the board, with the first player to reach 100 points winning Colormatch.

Originally issued in 1982, Colormatch sure brought back good memories of trying to solve the Rubik’s Cube faster and faster. Copies can be found on Ebay for around $15 (ignore the few that have it priced much higher) or maybe you’ll get lucky like we did and find one at thrift!

Could/can you solve the Rubik’s Cube?