Just a few days ago we talked about how some games are toys and some toys are really games. And that’s fine with us because we love both! This week’s thrift treasure falls into the same category. In reality, Spider Wars is a game but looks much like many of the toys of the era. 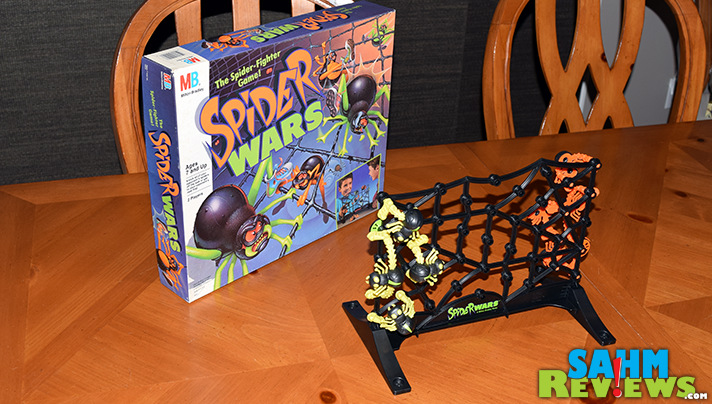 Milton Bradley issued Spider Wars just the one time in the United States (1988), but also pushed it to other countries through their various foreign branches. Canada, France, Germany, Italy and Portugal all had their own language-dependent versions offered at the same time. Other than the instructions, the game doesn’t need any translation to play, so any copy would suffice. 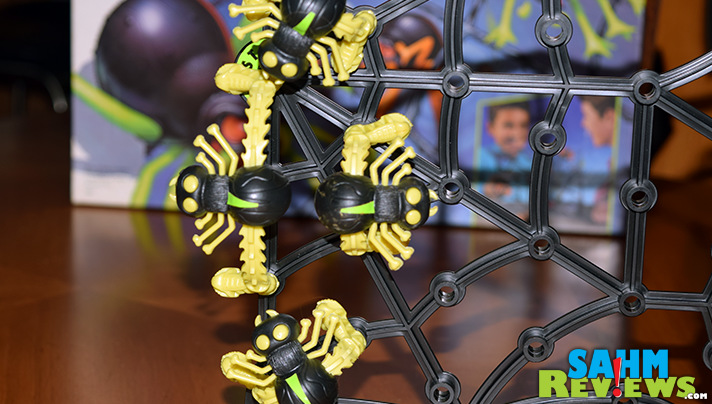 Fortunately our is the English edition, so getting up and running didn’t take long at all. Spider Wars is an interesting twist on the standard abstract game in that the “board” is vertical instead of lying on the table. The object of the game is either to eliminate all of the opponent’s spiders or put a leg in his nest. 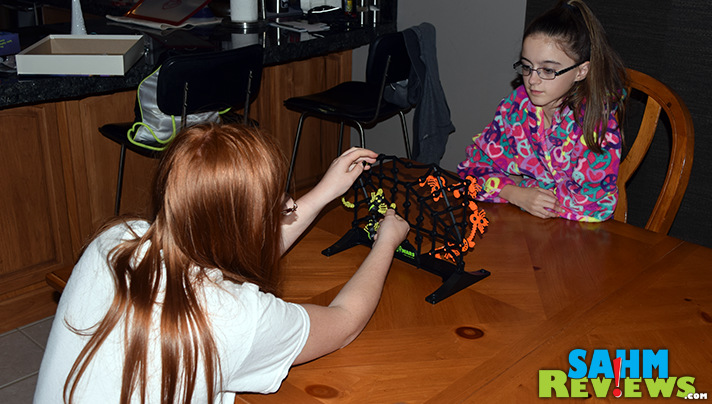 Each person is in control of four spiders – three smaller ones and a Daddy Longlegs. The small spiders have a wingspan (legspan?) of one space, while the larger Daddy Longlegs spans two spaces. On your turn you may move two legs total – either both of one spider or one legs each of two different spiders. A move consists of detaching a leg, pivoting around the other, and plugging the free leg back in. 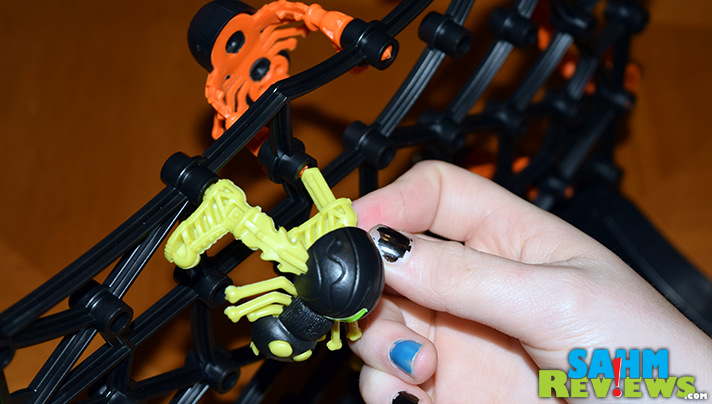 Because spiders are on opposite sides of the web, moving one of yours onto a hole occupied by your opponent will knock their leg off of the web and leave the spider dangling. Hit the other leg of a dangling spider and he drops to the ground, out for the game. 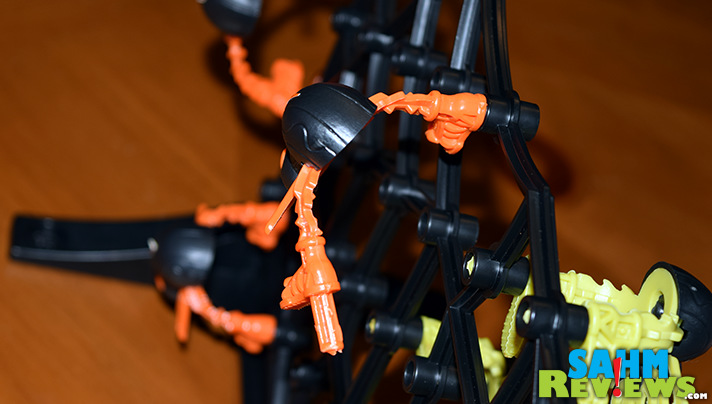 There aren’t a lot of rules to remember for Spider Wars, simply move two legs per turn. The only limitations are you cannot move the same leg twice during one turn. If you are moving a dangling spider you must move the free leg backwards and it counts as your full turn. You also cannot stretch the spider to make it fit – if it can’t rest in both holes, then you’ll need to find another path to take. 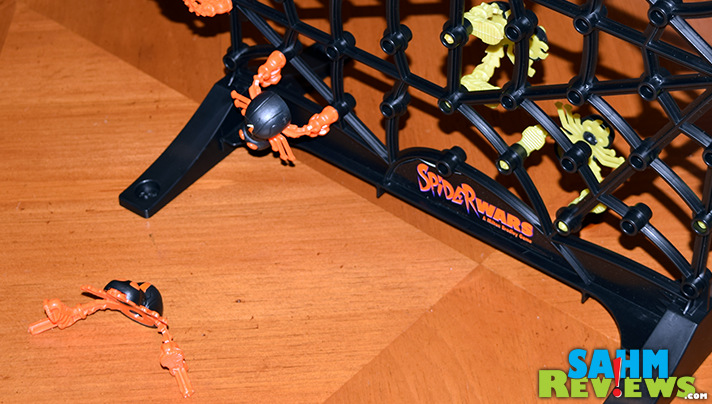 The first player to either eliminate all of the opponent’s spiders or to get one leg of any of their spiders into the specially-marked hole (the opponent’s nest) is declared the winner! Spider Wars obviously supports only two players and you can expect a game to be quick at around 10-15 minutes. While not the most complex abstract game out there, the fun theme and the 2-sided playing area makes it a game fun for all ages.

Find a copy for yourself on eBay for around $20 shipped or keep an eye out for a copy at your local thrift store!

Would you be afraid to play this spider-themed game?