Early next month a new series on NBC will air about a group of people travelling back in time to protect history. “Timeless” is already set to record on our DVR and we’re hoping it’s not another example of a one-season wonder. Too many times have we started watching a series only to have it be cancelled off-season, leaving us without any closure. I’m looking at you Firefly…

In one of the commercials we can see an episode will be about the Hindenburg disaster in 1937. Over the years there have been a number of hypotheses about the cause of the ignition of the fire, and it got me to wondering why it pretty much ended the airship travel industry. I get that public confidence in the technology was next to non-existent, but you’d think that after nearly 80 years we’d have solved whatever design issues there were and we’d all be floating leisurely across the countryside today. 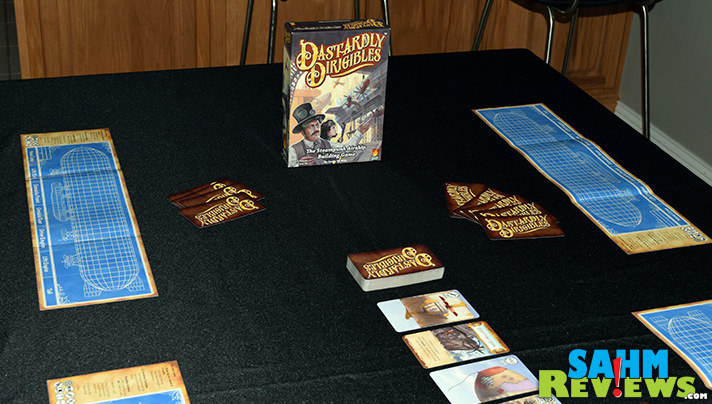 What if we could all build an airship that surpassed the Hindenburg in efficiency, cost and comfort-ability? That’s pretty much the idea in Fireside Games‘ new title, Dastardly Dirigibles! This well-priced card game challenges you to construct a custom airship at the same time as your opponents, and hopefully out-score them!

Unlike many of today’s card-only games, Dastardly Dirigibles utilizes tarot-sized cards in lieu of the standard playing card size. We quite enjoyed this change as it gave weight to the fact we’re supposed to be building a giant balloon and helps show off the creative steampunk-themed artwork. 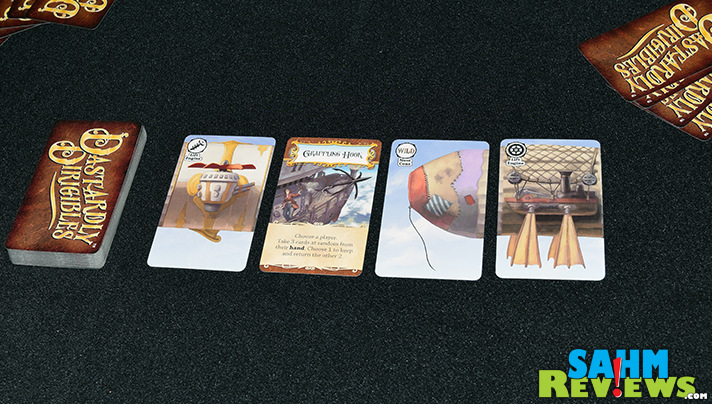 Each of the players (up to five) receives a blueprint playing sheet in which to begin constructing their airship. An Emporium of parts is created equal to the number of players and each person is dealt a hand of five cards. On your turn you will take three (of five) actions in any order you wish.

You can choose to play one of your Airship or Special cards. Special cards create immediate effects and are resolved right away. Airship cards are played to your Guide Sheet and do not have to be completed in order, but they do have to be placed in the correct position (one of each part, two engines). The cards are made up of nine different ‘suits’, and these are ultimately how you will score at the end of each round.

When you add an Airship card to your board, all other players must immediately play a matching part to their own Airship, even if it means replacing an existing part. The only exceptions are if you don’t have a matching part or if you’re playing a Lift Engine you may place it in either slot on your ship. 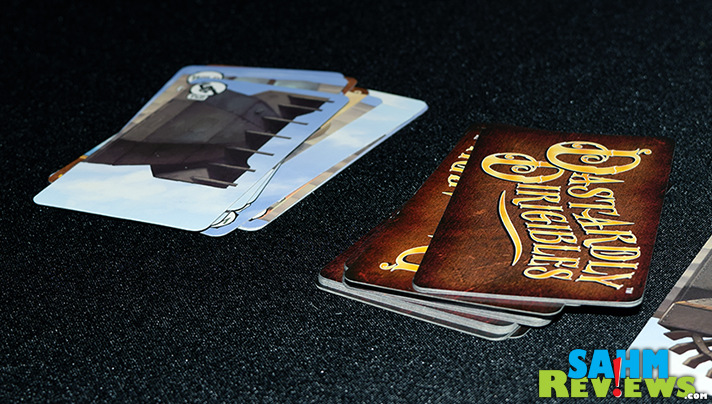 Another action option is to discard a card. Note you do not draw back up to your hand limit of five until your next turn, so plan ahead about the ones you want to get rid of. You can also swap one card with another in the Emporium or even choose to replace the entire Emporium with newly-drawn cards. Of course you can also pass, choosing not to take any additional actions this turn. 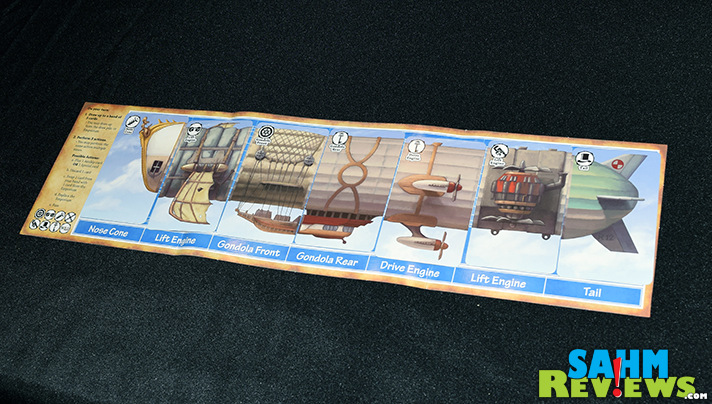 The round ends when one player plays the last part needed to complete their Airship. Each player receives two points per card for whichever suit they have the most parts in. Wild cards also count, but only for one point each. The player that completed their ship first is also awarded two bonus points, with anyone else with a complete Airship receiving one bonus as well. Then the entire deck is shuffled and another round is started. After three complete rounds, the game is over!

There is one more strategy other than trying to collect pairs/etc. of a suit, and that is to complete your airship with all different suits and no wild cards. This is referred to as a ‘muddle’ and scores a whopping 20 points! Lots of reward, but it comes with a lot of risk! 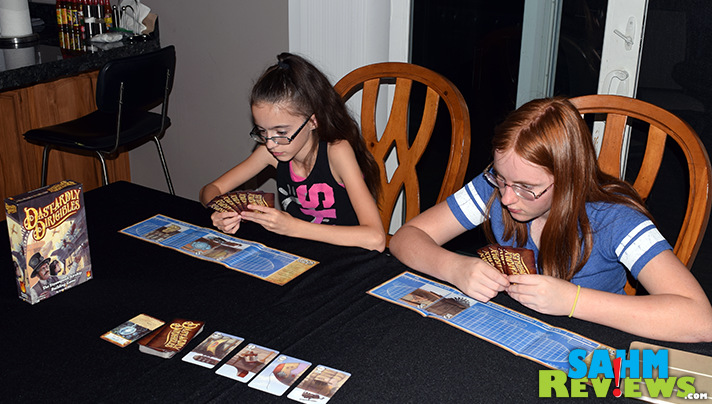 We found Dastardly Dirigibles to be perfectly advertised at 1 hour per game (including setup and explanation) as well as the 8+ recommended age range. While younger players would probably enjoy building their own airship from scratch, they would not be able to grasp onto the strategy needed to win the game. Of course, for family time it isn’t all about winning, so don’t let that age limit prevent you from taking a chance on this title.

And for under $20 on Amazon, you really will find great value in Dastardly Dirigibles. Be sure to check out Fireside Games’ website for the full rules or to buy it directly! Fireside is very active on both Twitter and Facebook, and is currently talking a lot about their most recent game, Star Trek Panic! Let them know you’d love to see it previewed on SahmReviews!

If dirigibles or other airships were available for public transport, would you fly on them?

13 thoughts on “Building a Ship Better Than the Hindenburg”