I’ve always found a fascination with the inner-workings of the board game industry. I guess this comes from my background as a business owner in the printing industry. We dealt with an item that didn’t depend on retail shelves or market appeal (to an extent). Our main product was hotel room keys, identification cards and gift cards.

For board games, shelf appeal is as important as game play. Many decisions are made in regards to the size of the box, the graphics and of course the quality of the materials. History is filled with re-branded games, sometimes with minor alterations to the gaming experience. Others receive a complete makeover even though the game itself plays exactly the same. Captain Carcass by Mayday Games fits into this latter category of a game whose mechanics haven’t changed from the original, but was the recipient of a facelift that should expand its appeal to a wider (non-gamer) audience. 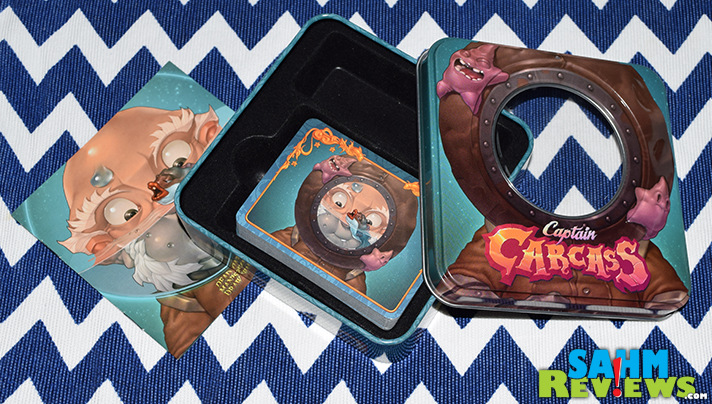 Captain Carcass began life as a mobile app by Stardock, called Dead Man’s Draw, who attempted to bring it to the non-digital market via a failed Kickstarter in 2013. That’s when Mayday Games stepped in and helped bring it to life via their own expertise and a successful campaign the following year. Dead Man’s Draw has enjoyed good success over the past two years, being translated into three other languages and undergoing an additional printing of the English edition!

That’s when the idea of a new version came along. Dead Man’s Draw is a very good game, but the artwork and name probably didn’t have mass-market appeal. The graphics are darker and the name reminded many of various games of poker, which this game is not. A complete overhaul was necessary and that’s when Captain Carcass was born! With brighter and more family-friendly artwork, the game was shrunk to fit inside of a sturdy travel-friendly deluxe tin box without sacrificing any of the fun.

Of the included 87 cards, you’ll find 60 Loot cards, 17 Diver cards, 6 Variant cards along with four Game Aids. Unlike a standard deck of playing cards, Captain Carcass has ten suits (instead of four) and are numbered from two through seven (except for one suit which is numbered four through nine). These 60 cards are all you need to play the base game, with the optional Diver cards giving each person a different character with differing abilities to play. 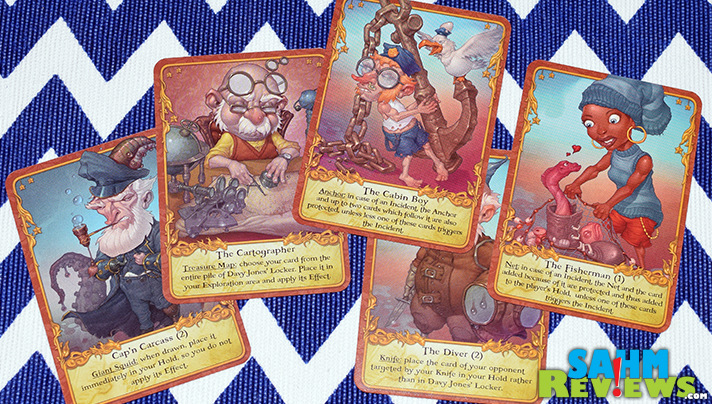 Each player is a diver, plundering the sea bottom for lost treasures. They can carry a lot, but only one of each treasure category. Try to carry duplicates and they will be lost to Davy Jones’ Locker. At its heart, Captain Carcass is a push-your-luck game where you draw the top card from the deck and place it next to it on the table. You may then decide whether or not to collect the face-up card or draw another one, hoping it doesn’t match any on the table. To add to the complexity, each suit represents an effect that must be resolved when the card is revealed. 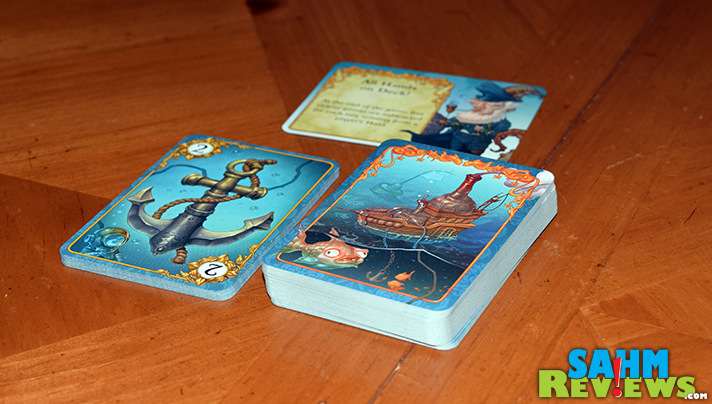 Draw a card from the Giant Squid suit and you must place at least two new cards to the Exploration area (the string of cards you are creating) before returning to the surface (ending your turn). A Treasure Map suit allows you to shuffle all of Davy Jones’ Locker cards (the discard pile), draw three and choose one to place in the Exploration area. Other suits all have their own effects which add a ton of variability to each game. 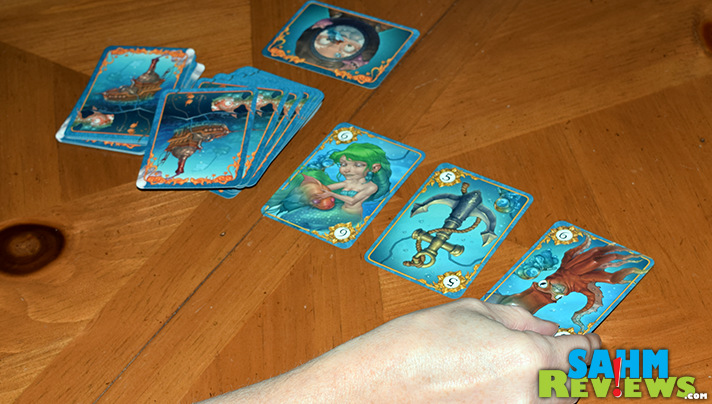 Once you decide to “return to the surface” and end your turn, you collect all the Loot cards in the Exploration area. You move these to your ship’s hold and sort them by suit and in ascending order. If you are unfortunate and draw a duplicate suit before returning to the surface, a diving incident occurs and all treasures are lost to Davy Jones’ Locker and your turn ends without collecting any loot. 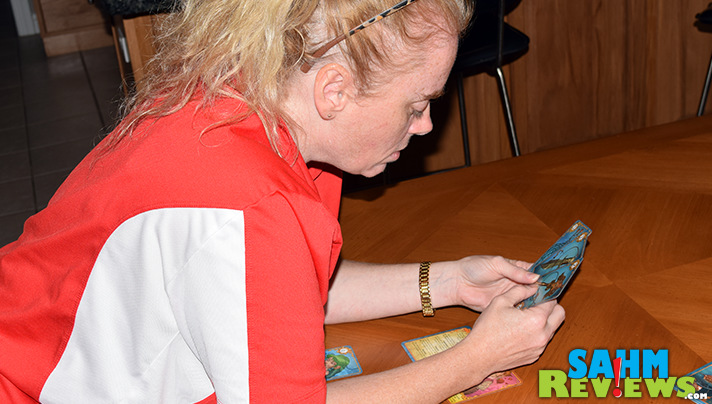 This 15 minute game lasts until the final card is drawn from the deck. Each player scores only the highest valued card of each suit in their Hold. In the event of a tie, the player with the most cards in their Hold wins! 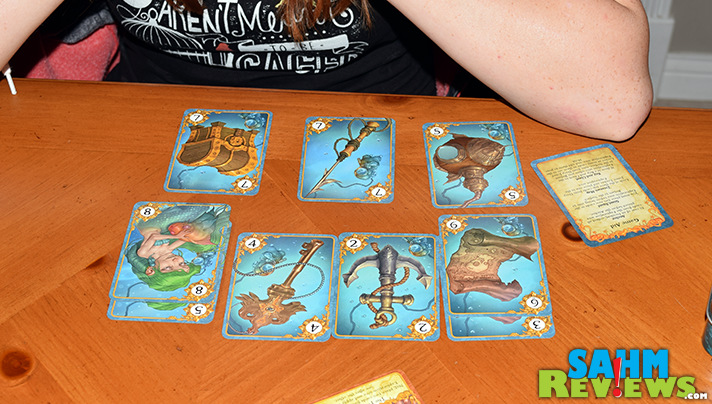 Pick up a copy of this latest version of Dead Man’s Draw on Amazon or direct from Mayday Games on their website. If you hurry, there’s still time to get your copy in hand for International Talk Like a Pirate Day on Sept. 19th! And give them a follow on Facebook and Twitter to find out more about the other great games in their library.

To plunder your own copy of Captain Carcass, enter our giveaway below for a chance at winning this version in the deluxe tin!

46 thoughts on “A Game By Any Other Name”