Let’s talk a bit about what you got for Christmas. Hopefully by now all the presents are unwrapped and Christmas lists are fulfilled. We’re happy to announce that only one thing will be headed back to the store – a super-soft hoodie we purchased for Madison. She had put hoodies on her Christmas list and it seems everyone in our family got her one. She received enough to wear a different one every day of the week, and this particular pullover from Sam’s Club was her least-favorite (and according to her, not her style). Otherwise we did a pretty good job of matching gifts to recipients and all are already in use!

For the most part our gifts are either indoor-related or season appropriate (hence the hoodies). Kennedy got a new gadget she had been pining for, the new HP Sprocket, which includes a built-in camera! To us it is a case of old-becomes-new since it reminds us of a Polaroid camera from the 70’s, but she’s excited to be able to print out photos on the spot without needing any ink. I see a lot of paper refill purchases in our future. 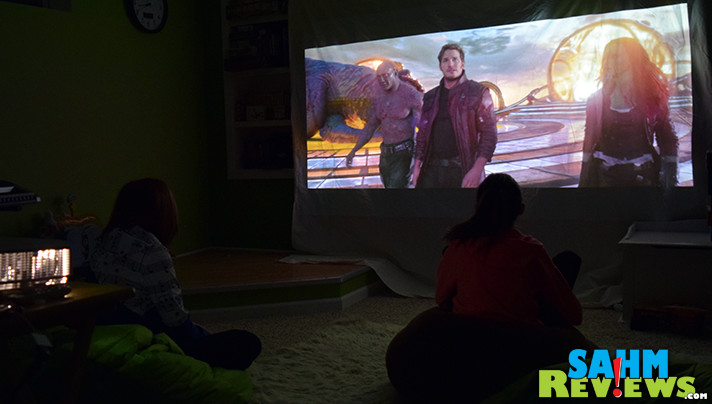 We did have one major acquisition this season that we won’t be able to fully utilize until the weather warms up: Our new MH530FHD digital projector from BenQ. The girls are at an age when they want friends to come visit but we don’t have the capacity to entertain more than a couple before it starts to feel crowded. We have a portable projector that we’ve used around the house and outside but it is so lightweight it is easily bumped and jarred. To feel comfortable and not worry about it getting damaged, we needed something sturdier and that’s where the BenQ digital projector will come into play. 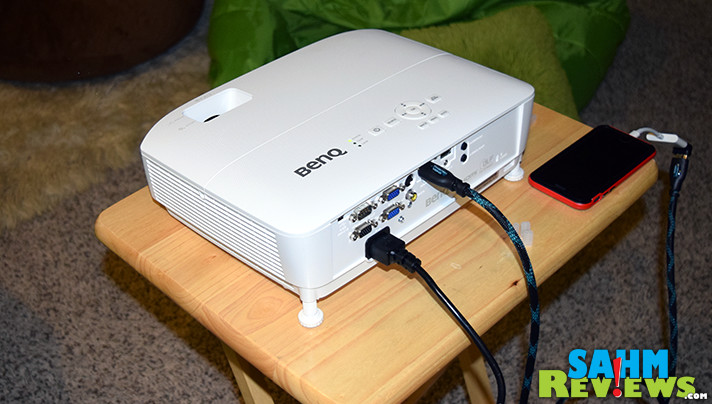 There are a number of features to the BenQ Digital Projector that make it an excellent introductory unit. First and foremost (for me) is the keystone correction feature. Yes, it offers 15,000:1 Razor-Sharp contrast offering crystal-clear details and text that you can easily read. Sure, this BenQ digital projector has dual HDMI inputs (in addition to dual VGA inputs) so you can easily connect. You can broadcast the image size you want, where you want thanks to the 1.2 zoom lens. It has a remote for ease of use whether you have it in a temporary location such as a table or it’s permanently mounted. And of course, 3300 lumens of brightness ensure a beautiful image, even in a well-lit room and includes SmartEco technology to increase lamp life. But seriously, all those features will feel off-kilter if the display itself is, well, off-kilter. 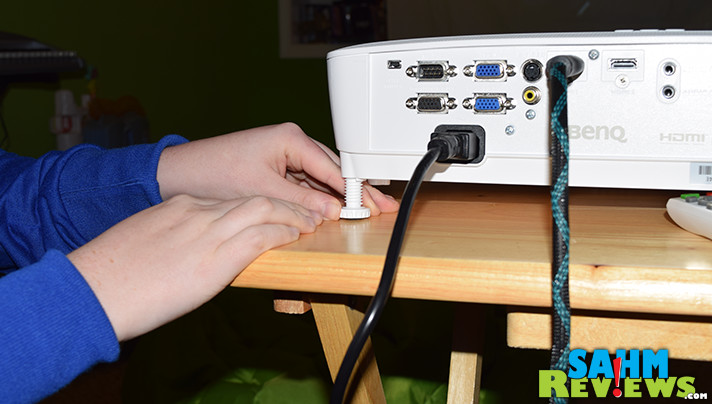 Which brings me back to what I think is the best feature: the ability to view a perfectly squared image, even when the projector is not perpendicular to the screen. Whether the projector is on an unlevel surface or the screen is not perfectly vertical, the 3 adjustable feet and keystone correction buttons provide the flexibility to get the alignment just right. When you’re working with a garage door, uneven ground or portable screen, chances are nature doesn’t offer the perfect alignment options. Thankfully the BenQ DMH530FD digital projector does. 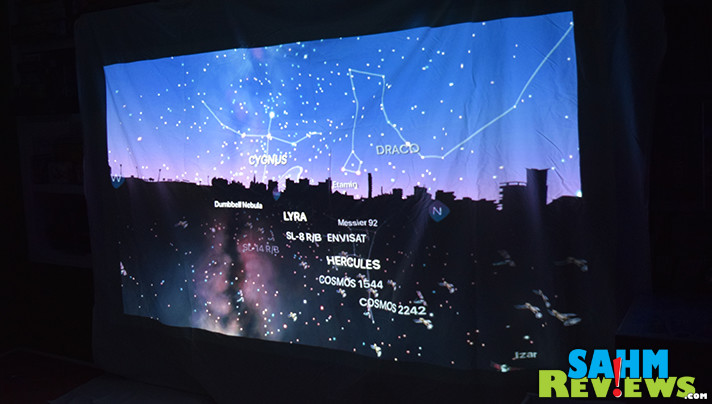 Don’t get me wrong, we’ll be using indoors as well because it is pretty cool. I would be remiss if I didn’t say that we found some other awesome uses for the digital projector. While his iPhone was connected to the projector, Scott loaded the Night Sky app and we were able to watch as he turned directions and showed the various constellations and planets. 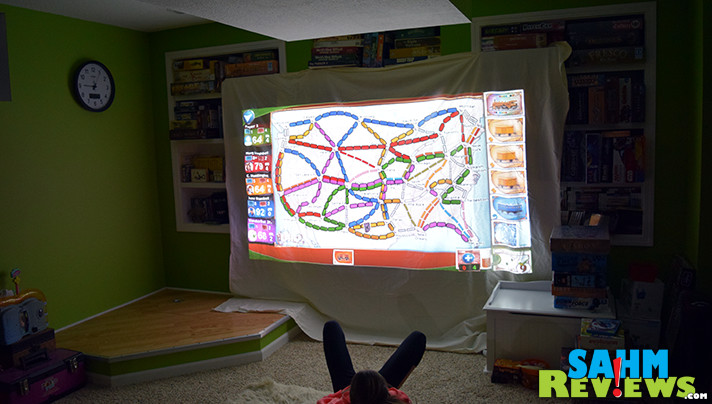 I thought that was pretty cool and then he did something else that made me want to hook MY phone up… He loaded up his Ticket to Ride app! It’s kind of an understatement to say we enjoy playing board games as a family, but we also enjoy playing a solo game on our phones. THIS is like the ultimate way to play an app on the iPhone. 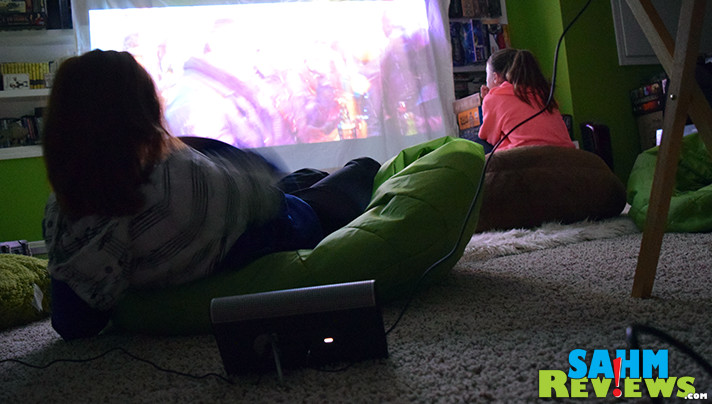 The only thing we didn’t love about the BenQ digital projector was the sound output. Curious what some of our audio alternatives might be (aside from a traditional speaker system), we decided to test out a couple different portable speakers to see how well that worked. Ultimately we ended up hooking our Vizio Crave Go speaker to it and that was able to give some depth to the sound.

Not only are there a multitude of uses for digital projectors, but they aren’t the extent of what BenQ offers. They also offer a variety of monitors and accessories for eSports and CAD, interactive flat panel displays for educational settings and Google Jamboards for project management and collaborations. I encourage you to visit follow them on Twitter, Facebook and YouTube for updates on their latest gadgets. If a digital projector is on your wish list, you can purchase direct from BenQ or purchase a BenQ digital projector on Amazon for under $500.

Do you have a projector to create a theater in your home?

15 thoughts on “Inside and Out With the BenQ Projector”