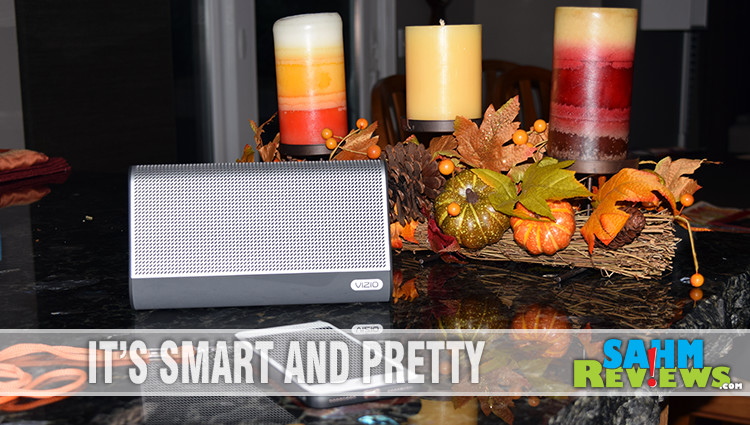 It’s official. Winter is just around the corner. Some people judge the season by listening to the weatherperson. Others make the determination based on needing to wear long pants or a heavier jacket. Me? It’s all about when I get to break out my favorite boots coupled with when we put my car in winter storage. It’s totally bittersweet. Love boots. Hate the cold weather. REALLY hate losing my car for the season.

Putting the car in storage isn’t as simple as throwing a car cover over it and calling it a day. Noooo. That would be simple and mean I would get to keep enjoying it until snow prevented me from driving any longer. This is more in-depth and best referred to as the semi-annual rearrange the garage day. Preparing the car for winter means parking all the vehicles on the street while we sweep, put the lawn mower and yard gear in storage, get the snow blower and winter gear out and suspend the bicycles. This year, we did something even more extreme. We decided to set aside several things to deliver to the thrift store. Some of it included duplicate tools that we no longer used. The donation pile also included several excess outdoor toys that were taking up space. Want to know what else went? Our previous stereo system that Scott planned to install in the garage. The audio system was high quality for the time and still in great working condition, but it’s truly antiquated and soon will be completely outdated. We both came to the same conclusion that it was many times larger than we needed while delivering a fraction of the options of an .mp3 player. The reality is that we don’t even use .mp3 players any longer as we stream from phones and tablets that are hooked up to portable speakers inside our home. Technology continues to change and improve so installing this system may have been frugal, but certainly not practical.

What made much more sense would be to grab the VIZIO SmartCast Crave Go speaker that’s inside and carry it outside. Unlike the older system, we can literally hold this speaker in one hand. That’s not an exaggeration either. Measuring approximately 8.5″ x 4.5″ x 1.5″, the VIZIO Crave Go is about the size of a clutch purse which makes this powerful speaker smaller than about 90% of the purses I own! With built-in Chromecast and Wi-Fi streaming, opening up the space previously earmarked for the garage’s sound system is an added bonus. 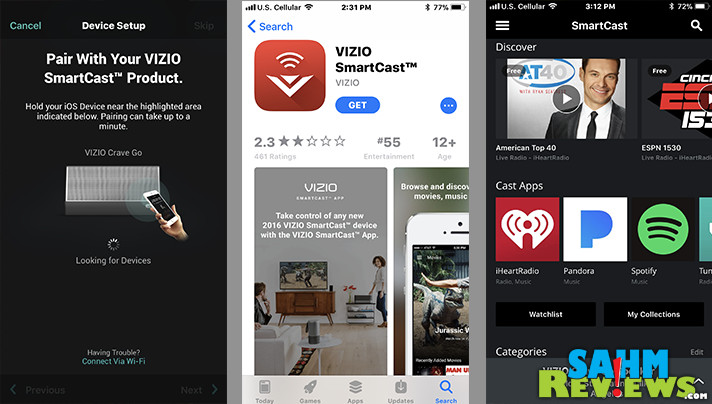 Aside from gaining the extra space in the garage, we also enjoy being able to utilize the VIZIO Crave Go inside. The Chromecast option means we’re able to Cast a variety of apps right from our phones using the VIZIO Smartcast app. Not only is there an option to run through the VIZIO app, but there’s also the ability to select the Chromecast button within streaming apps such as iHeartRadio, Pandora and Spotify, When I’m working, I like to listen to KFI Talk Radio out of Los Angeles. It whisks me away to the days of living in sunny Southern California. Other times, it’s not uncommon to hear KIIS FM streaming. Did I mention that I can control the volume of the speaker right from my phone too? 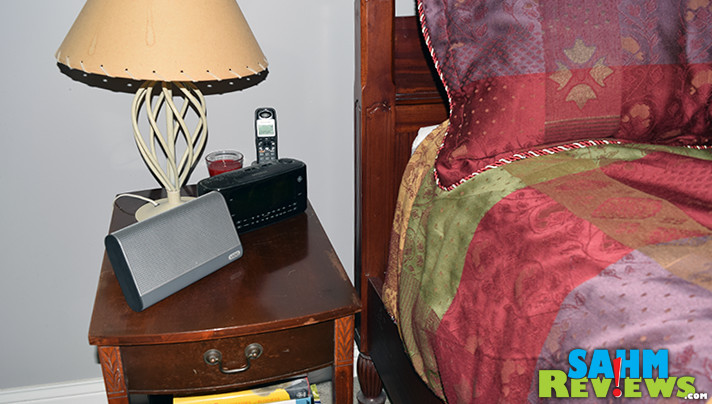 We don’t currently have this speaker synced with our TV and sound bar, but if we did then it is good to know it isn’t locked in. The Crave Go speaker can be removed from it’s “home” and utilized in other areas or even outside the home. When it’s returned, it automatically syncs back up with the others in the home group. Google Home allows users to create groups for the various VIZIO connected devices and control them all from a smartphone or tablet. 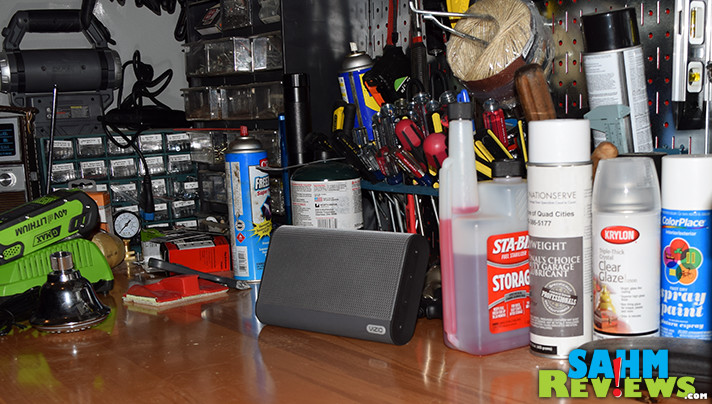 What started as a day of preparation for winter ended with the recognition that our smart home gets smarter with every connected device. While I usually experience anxiety over getting rid of things, if all the decisions were this easy then maybe decluttering wouldn’t be so stressful. And working in the garage will be a lot more entertaining in the spring thanks to the addition of our mobile sound system. 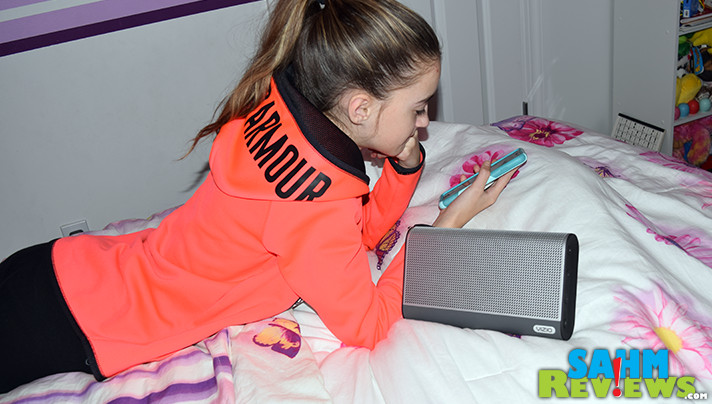 The VIZIO Smartcast speaker would make an excellent gift idea for the tech fanatic (or the fashionista in your life may even consider carrying the clutch-sized VIZIO Crave Go instead of a purse)! You can learn more about VIZIO products by visiting their website or scrolling through their feeds on Facebook and Twitter. Stay tuned as we’ll be sharing about another excellent VIZIO product in the coming weeks!

How often do you update the electronics in your home?

16 comments on «Get Mobile with VIZIO Crave Go Speaker»