You know what’s awesome about electronics these days? We can take them pretty much anywhere.

You know what’s not so awesome about electronics these days? They aren’t meant to go everywhere.

Some people may think my next words are going to be a rant. Maybe about how everyone has their nose buried in a device instead of doing something social (like play board games). Or that parents use devices as baby sitters. Maybe some people are expecting me to spout off on any number of the socially incorrect places we find people on their phones. Well, those people are wrong. That’s not what this is about at all. Not. At. All. While I do have my opinions about when and where phones are appropriate (or not), we aren’t going there right now. This is a public service announcement to people who take their devices everywhere without regard to the damage they could be doing. Please tell me you aren’t waiting for the other shoe to drop. I’m not hinting about hurting someone’s feelings because they are being ignored in favor of a device. I’m talking about damage TO THE DEVICE!

That’s right. If you’ve ever taken your phone or tablet out and about in the hot summer sun, to the pool or (heaven forbid) left it in the car, you’ve put your device at risk for damage. Many people know that an iPhone 7 was designed without a headphone jack to help minimize the potential damage from water or moisture. But that doesn’t mean it is waterproof. Sure it sounds like a great idea to sit by a pool surfing the internet while soaking up some rays, but guess what. Phones not only don’t like water, but they also don’t like sun and heat!

Many manufacturers recommend keeping a phone between 32 and 95 degrees to avoid temperature damage. If it overheats, it can cause irreparable damage to the internal components. While it could be a ‘simple’ fix like replacing a dead battery, such damage could be much worse. It could cause data loss or in extreme situations, case the lithium battery to leak, bubble up, expand or explode and ruin the device completely. As someone who doesn’t always carry a purse, I’ve been known to leave a power bank in the car in the past. I won’t be doing THAT any longer! While I know it gets extremely hot in a car (and know better than to leave a child or pet there), I hadn’t given any thought to the fact it could damage the components inside the electronics. One report I saw from the Center for Disease Control and Prevention stated that parked in the sun, the temperature inside the car could reach 172. Did you know that solder liquefies at 188? Leaving it in the sun as you sit next to a pool or on the beach isn’t much better. As diverse as these devices are, they aren’t meant to be sunbathing. 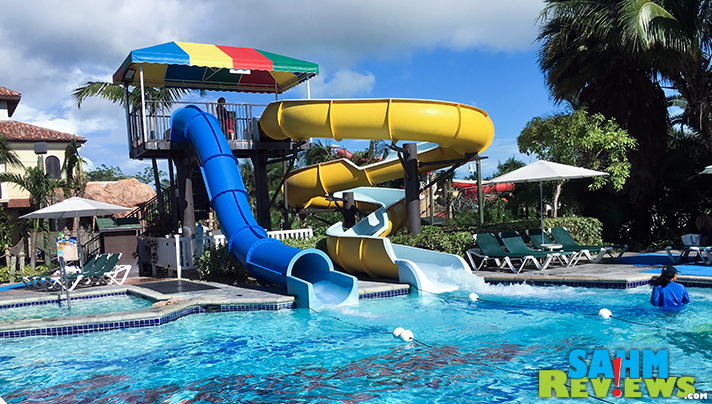 Then there’s the issue with water. Many people experience anxiety about being disconnected so they take their devices everywhere, including by a pool, water park, lake or ocean. Water and electronics are not a good mix. When water seeps inside a device, it can cause corrosion of the electrical components and potentially short circuit the system. 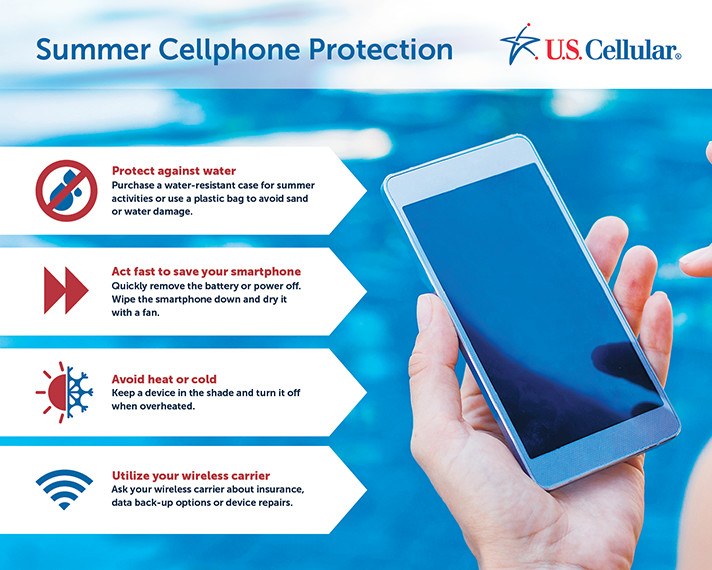 So what can you do? First, be logical. If you don’t need to bring a device along, don’t. But if you do and need to leave it in a car, try to keep it out of direct sunlight. Try to avoid leaving it laying in the hot sun on a beach or pool deck also. If you are destined to spend time near water, invest in a phone case that can protect it. OtterBox, DryCase and LifeProof offer options that allow users to protect their iPhone 7 or Samsung Galaxy S8 while still making it usable. Some people utilize sealable plastic baggies to protect their phones from sand, dirt and spills. Once again, be logical and plan ahead if you’ll be somewhere that might put your phone in a precarious position. 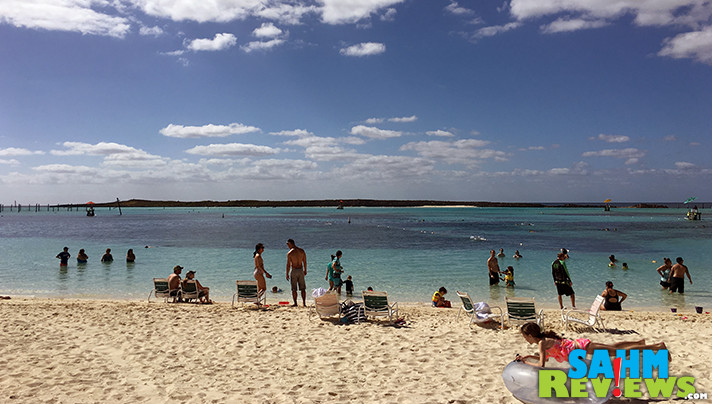 What if your device does overheat or get wet? Well… pray it survived! We’ve provided a variety of tips on what to do if your phone gets wet. While many people shy away from insuring their devices, if you’re prone to accidents or regularly put your phone into situations where they could be damaged, see if your carrier offers services to help when disaster strikes. Many wireless services, including U.S. Cellular, offer device protection that includes device replacement, tools to back up data and even malware protection. It’s better to be safe than sorry, right?!

Where do you take your phone that you probably shouldn’t?

11 thoughts on “Are You Frying Your Phone In The Sun?”