After all these years, I’m proud that we’ve been able to maintain a family-friendly site. We are cautious as to what we share and my personality keeps the site as squeaky clean as possible. Today I’m going out on a limb and we’re going to discuss what happens in bed.

You didn’t think I was going to talk about something risqué, did you?! You clearly don’t know me as well as I thought you did. Netflix and the aches and pains it has caused is what I planned to talk about! 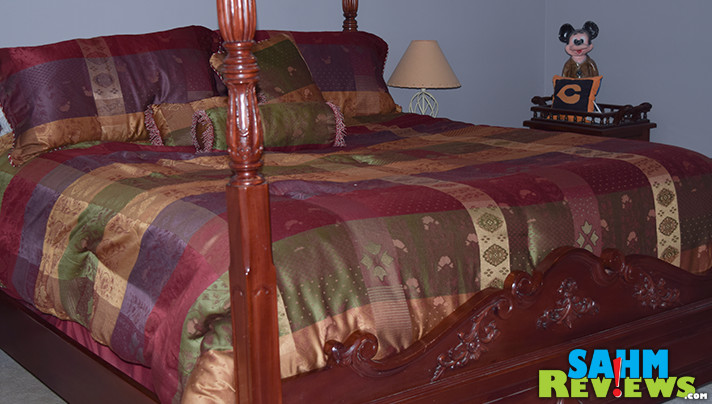 Scott and I have long tried to live below our means. We carefully think out purchases and weigh the pros and cons while determining where it lands in the wants vs needs column. When we lived in California and it came time to get a new TV, we splurged not only for the family room, but also our bedroom. Our master bedroom was large and the TV was on the opposite wall so a small television just wasn’t going to cut it. When the kids head to bed, Scott and I are able to watch TV-MA shows without concern for what they’ll hear or see. Sometimes we would watch on the VIZIO in our living room, but lately we’ve wanted curl up in bed to binge watch something. Unfortunately, many of the shows we’re currently watching are on Netflix streaming service which we aren’t able to access from the television in our 12 year-old bedroom. Our solution has been to watch on Scott’s iPad. While the image is clear, he spends the entire episode(s) holding his iPad and I shift my pillows for the best viewing angle. But let me say it’s not comfortable for either of us since he is confined to one position while I have to consistently move around to keep my neck, side and hip from hurting. It works, but it’s not ideal for either of us.

We have spent time weighing the pros and cons: be comfy-ish in bed and watch on the iPad or watch it on the family room TV curled up on the couch. We finally decided that upgrading the bedroom TV was not an unreasonable option. Aside from our TV being out-of-date in terms of technology, we have already needed to purchase bulbs and other parts to keep it operable. When we reached the point where we were only using it once every couple of weeks, we realized that upgrading made sense. A new TV means we’ll be able to see. We’ll be able to stream. We’ll be able to be comfortable, set the sleep timer and crash if we want to. The TV and separate sound bar we purchased for our family room are both VIZIO and we’re very happy with them. Then after trying the Chromecast feature of the VIZIO Crave Go we realized how nice that option is to have. So we were happy when VIZIO sent a VIZIO 50″ 4K Ultra HD with built-in Chromecast to us for review. Needless to say, we replaced our old TV with it. 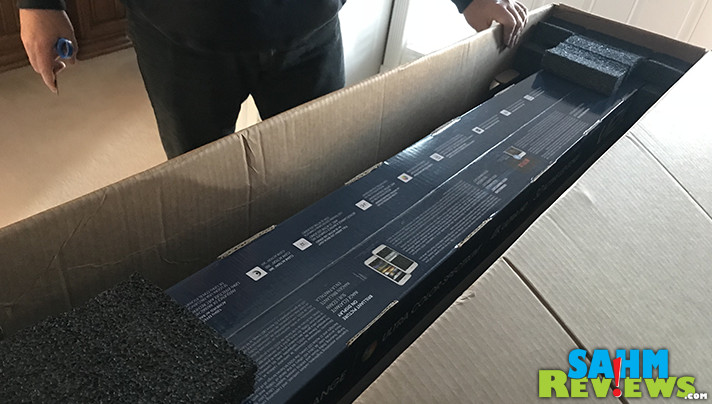 One amazing thing about advances in technology is that you get more with less. Despite the VIZIO SmartCast being a 50″ television, Scott was able to unpack it and carry it upstairs by himself. He needed my help to move the old TV because it was bulky but for the most part could have handled this project solo. For now, we’re putting this on the existing TV stand, but we’re looking forward to mounting it on the wall in the near future. The setup was pretty simple; spending more time waiting for the updates to download than we did unboxing and actually connecting everything. We also spent quite a bit of time logging into our various services such as DirecTV and Netflix. The ease of use of scrolling between the app-based services of Amazon Video, Netflix and Hulu may be what finally seals the fate on us dropping DirecTV all together. During all this, we discovered some services (FandangoNow) that I didn’t even know existed! 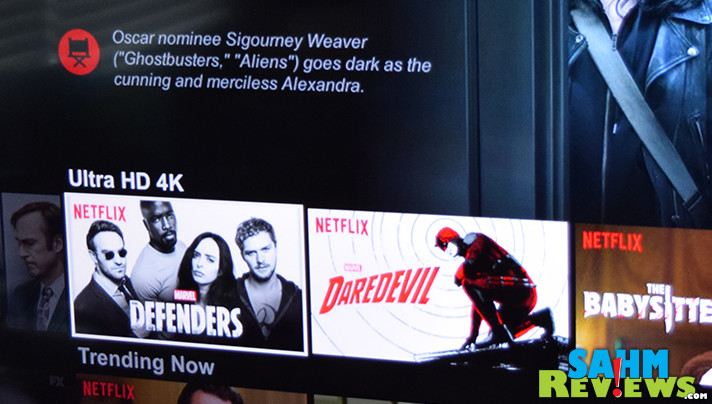 For as long as I’ve had Netflix, I thought I knew everything about it. Wrong! When it loaded, I was shocked by the first category that displayed, “Ultra HD 4K”. It’s like Netflix has been hiding this from me all these years and it took a new TV for me to be in the loop. Now I’m wondering what else is out there that I’ve been missing. 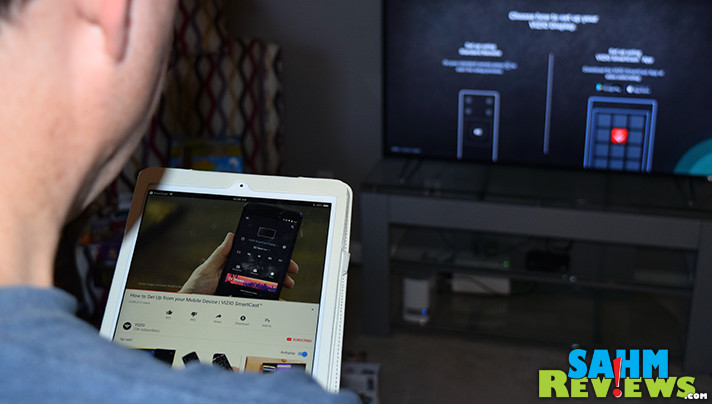 As with the Crave Go, a phone (or iPad) can serve as a remote for the VIZIO television. Built-in Chromecast allows casting from the device to the TV but apps are also built-in. A few examples of integrated apps include Netflix, Amazon Video, HBO Now, Hulu, YouTube and I Heart Radio. Can I tell you something else that’s pretty cool?

I would be remiss if I didn’t talk about the one feature that we haven’t discovered yet. We’ll probably purchase a VIZIO sound bar for this television, but in the process of surveying all the features, Scott noticed there wasn’t a lot of depth to the audio section. We’re used to adjusting bass, etc. but haven’t discovered this ability yet. 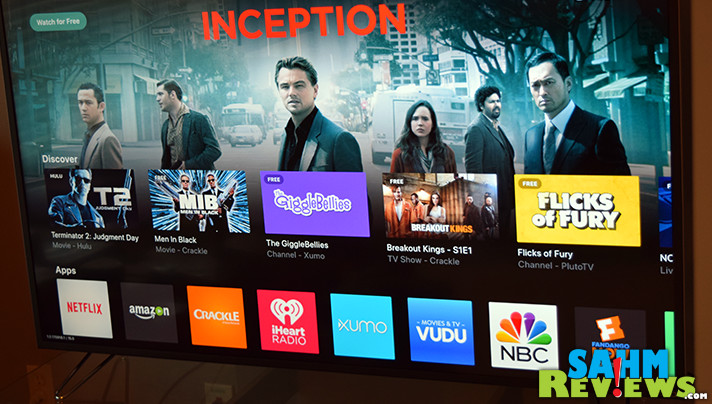 The image is crisp – our photos don’t do it justice – and I can’t begin to list all the benefits that I’m looking forward to with the VIZIO SmartCast M-50 television. If you’re in the market for a new TV then this is a great time to buy. This weekend, in honor of Black Friday promotions, you can pick up a good deal on a VIZIO M Series television. Direct from the VIZIO website, you’ll find the following promotions: 50″ UHD is only $499, 55″ UHD for $599 and 65″ UHD for $999. If you’re near a Costco, their 70″ is $1,299! Of course, we always encourage you to keep watch for VIZIO deals on Amazon. Keep tabs on their other promotions by following VIZIO on Facebook and Twitter.

How many rooms in your home have televisions?