When we moved back from Los Angeles and found our home using our house-hunting checklist, we knew there were some things we would need to upgrade. The kitchen was one of our priorities. We also turned the basement area into a playroom which included creatively covering the sump pump and turning it into a stage for the girls. One thing that we continually put off was refinishing the wall behind the television. The prior owners poorly patched and painted over where they had removed things from the wall. Our plan was to properly repair the wall, repaint it then mount our television. We purchased a wall mount a couple years ago but aside from sanding some patches in our spare time, we never made time to tackle and complete the entire project.

Then we received our new P-Series 65″ Class 4K HDR Smart TV that we received for free from VIZIO in exchange for our feedback. That’s when we decided the time had come. We blocked a weekend off the calendar, turned down invitations to various activities and set our mind to finally getting our P-series TV mounted. The sanding, mudding, priming and painting took the bulk of the time, but mounting the television on the wall was surprisingly quick. Scott enlisted Madison’s help and the two of them were able to knock it out in a couple of hours.

Before I get started, I want to point out that we could have left the VIZIO P65-F1 on our existing television stand. Right out of the box, you can attach the included die-cast aluminum legs to the television and it’s fine. They are modern-looking and don’t distract from the look of the television. We decided it would be wise to go ahead and hook it up to make sure it worked fine before we committed to fixing the wall to hang it. 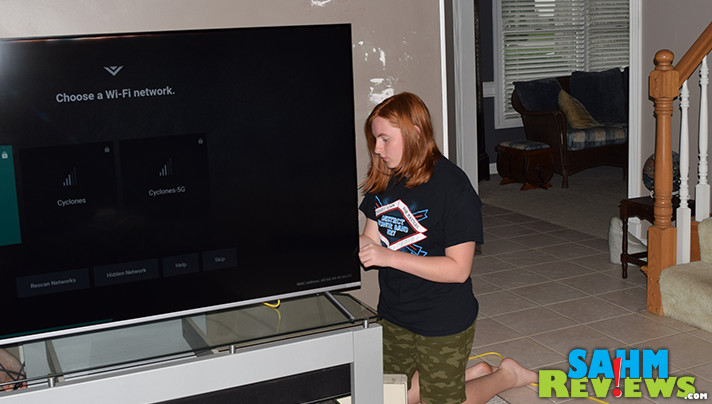 Scott had Madison hook up all the cables and help program it because it’s important to find ways to empower kids so they’ll be self-sufficient when they move out. I wasn’t surprised when she took to it like a fish takes to water.  VIZIO makes the setup process very intuitive then she confirmed that the DirecTV box, the Blu-Ray and the XBox were all connected properly and running. 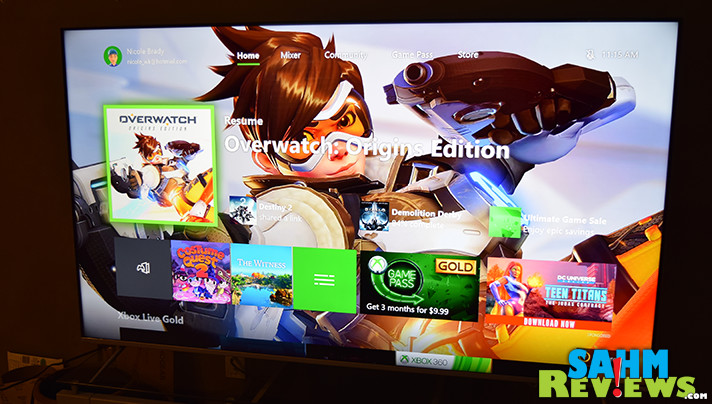 As you can see, the VIZIO P65-F1 provides a beautiful image thanks to Dolby Vision HDR, Ultra Color Spectrum and Ultra HD 3840 x 2160 Resolution. Scott and Madison have been playing Overwatch since it released. Comparing it to our prior television, they said the picture was brighter and more colorful than before. I think the picture is beautiful, but the look of the itself is sleek and classy also. As with our VIZIO 50″ 4K Ultra HD, this one has various apps such as Netflix, Hulu, Prime Video and many more. As a bonus, you can learn how to pair your TV with Amazon Alexa products or Google Assistant products for use with SmartCast! 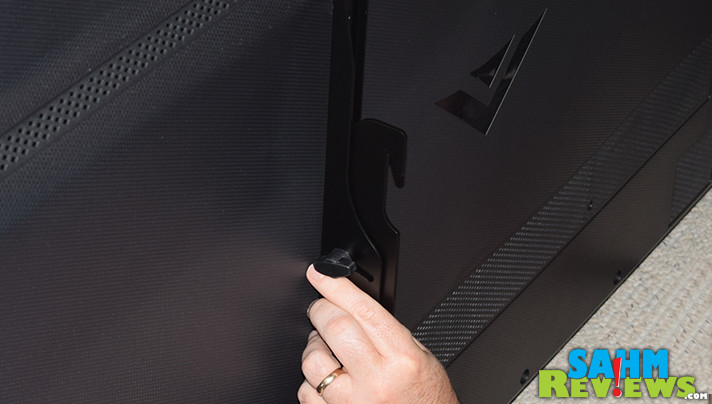 The first thing you’ll need to do is purchase a TV wall mount kit. There are several available on the market so do your homework and find one that is compatible with your VIZIO television! Attach the brackets to the back of the VIZIO television in pre-drilled holes. 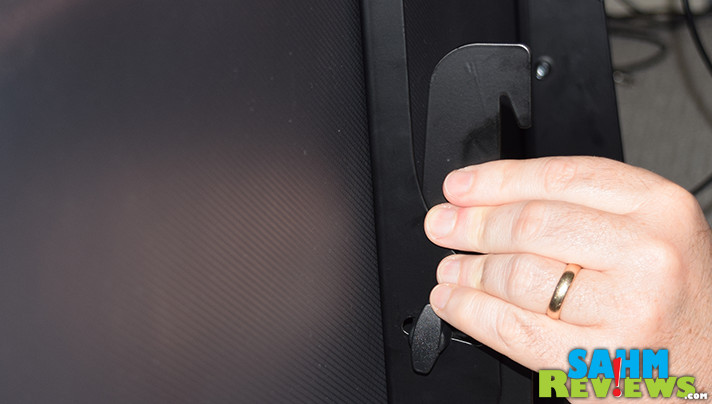 Next you’ll need to determine how high you’ll want to mount the television and at what angle you want it tilted. Adjust and tighten the hinge supports accordingly. Don’t be surprised if you need to readjust these once the television is mounted. it’s unlikely you’ll nail the angle on the first try. Thankfully, the VIZIO is lightweight enough that it isn’t too cumbersome for two people to take down, readjust and remount. In other words, make an educated guess based on the height of the television. 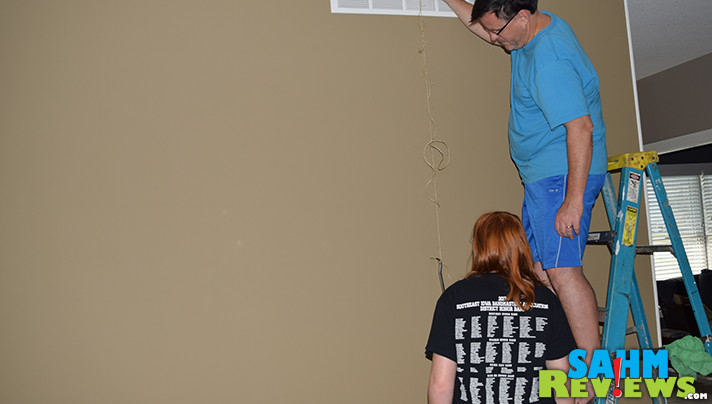 Unlike a picture frame, the weight of the television requires more support. You can use a stud finder to locate the studs that will be used to secure the mount. Scott opted to go old-school with a plumb bob and teach Madison another way to figure it out. You can see the studs behind the vent then use a weight and string to follow the stud to the height where the television would be mounted.

Most mounting systems have multiple channels to ensure you can utilize the stud AND center the television. Predrill the holes then use a ratchet to cinch them tight. Be sure to use a level to keep it straight. Once that’s done, you’re ready to marry your television to the wall. Weighing in under 55 lbs, Madison and Scott were able to easily lift it and secure it into place.

You may be asking what exactly SmartCast is and how it works with Google Assistant and Alexa products. Basically, the VIZIO TV has apps built in that most people are used to watching on their portable devices. With the VIZIO P65-F1, you can easily access these apps in one of three ways. First, you can simply press the “V” on your remote and the screen loads. Second, use the SmartCast app on your phone to load which service you want to use (IE Netflix, Hulu, YouTube) then select which TV you want to watch it on. Finally, if you can’t find your remote and your phone is on the charger, you can just talk to Alexa and get her to do the heavy lifting using the Vizio Skill. Don’t worry, they have you covered if you’re from the Google camp. Once you enable voice control in your Google Home app, simply tell it what you want, “Okay, Google. Watch Orange is the New Black on Netflix on Family Room TV.” and Voila!, there you go. So much easier than it used to be.

The VIZIO P65-F1 comes with multiple connection ports, all accessible while the television is mounted. Some extend out the sides while the others face downward. We hooked everything up temporarily until we’re ready to mount our sound bar then we’ll pull the wall down and feed the cabling through the wall. But that, too, is a project for another day. For now, we’re going to continue to enjoy our favorite TV shows on our beautiful new 4K Ultra HD from VIZIO. The VIZIO P65-F1 model is available at select retailers such as Best Buy. Keep watch on Amazon as well as direct from VIZIO and tune in to VIZIO on Facebook and Twitter for updates on their latest products and promotions.

Have you ever tried to mount a television on a wall?