Oh, and when you live in the Midwest in a home with a basement (regardless of whether it doubles as a playroom), chances are pretty good that there’s a sump pump in one of the corners. For the uninitiated, a sump pump is a pretty simple idea. It’s a pump designed to keep the basement from flooding. There’s a basin dug in the corner of the house to reach the groundwater. When the weather is particularly wet – from a long rain or during spring defrost – water seeps into the basin and gradually rises. Within the basin is a pump that is connected to a pipe that is vented to the outside of the home, typically via a hose that lets out several feet into the yard. You can think of it as an anti-flooding, siphoning device. 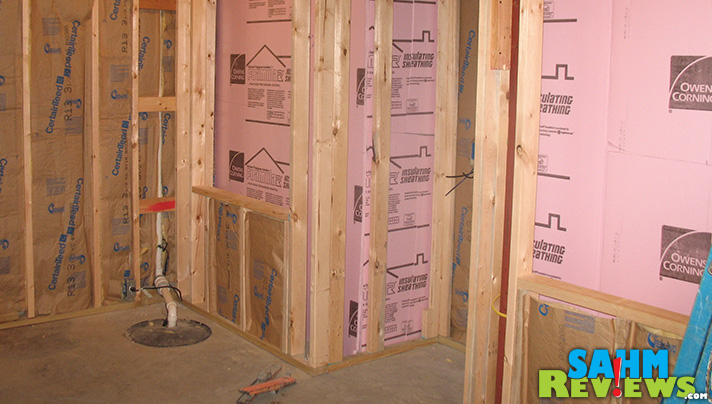 It’s not uncommon for basements in the Midwest to also have Foosball, pool or ping pong tables. I still have haunting childhood memories of encounters with the bottomless well in basements of family and friends. For fear of my life, I never volunteered to retrieve ping pong balls that went anywhere near the sump pump. Since I never learned to swim as a kid, I wasn’t interested in learning the hard way how deep that dark hole in corner really was.

As an adult, I see things much clearer. The bottomless pit in the corner is really not very deep. Although I still think it looks intimidating. I’m also aware of the concern families have. Many opt to build a closet around the area where the pump exists to prevent accidents. Unfortunately, since the pump area is just a hole, a “closet” becomes more of just an enclosure that can’t be used for anything else. It’s a total waste of space.

When we moved from California to Iowa and bought a new home with an unfinished basement, I had completely different plans in mind. I didn’t want my kids to live in fear of the black hole but I also didn’t want a sump pump enclosure that would waste an entire corner. I wanted something functional.

I started brainstorming ideas and thought about creating some kind of a enclosed bar or table that would be lightweight and removable, allowing access to the pump when needed. I had it all figured out, too. We could purchase chairs or bar stools that would go with it and the table could serve as an area for playing games, coloring or whatever.

When I mentioned it to Scott, he was already one hundred steps ahead of me. His response to my comment was “How about a platform that is about ‘this’ high?” He held his hands up with one about a foot above the other. I couldn’t picture the use of a table so low but the girls were little and he always thinks things through so I knew he had a plan. When he said it would be permanent, with a trap door and covered completely in some kind of parquet flooring, I realized he was describing a stage. Two girls? A stage? Brilliant.

With the help of my dad, here’s how he did it: 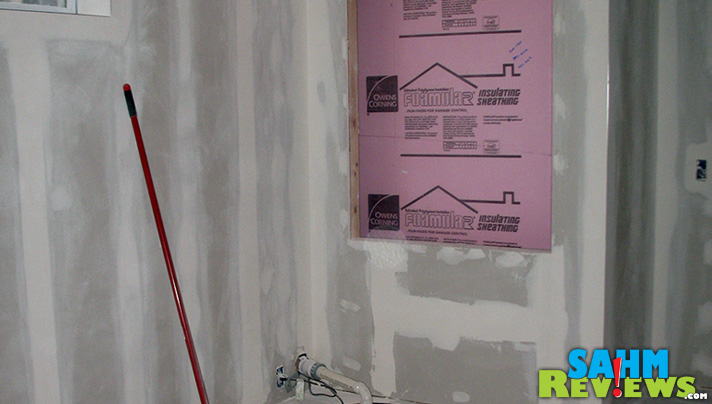 During the construction build-out, we made sure not to lose the space above the sump pump. One wall included the water pipe while the adjoining included a recessed bookshelf. 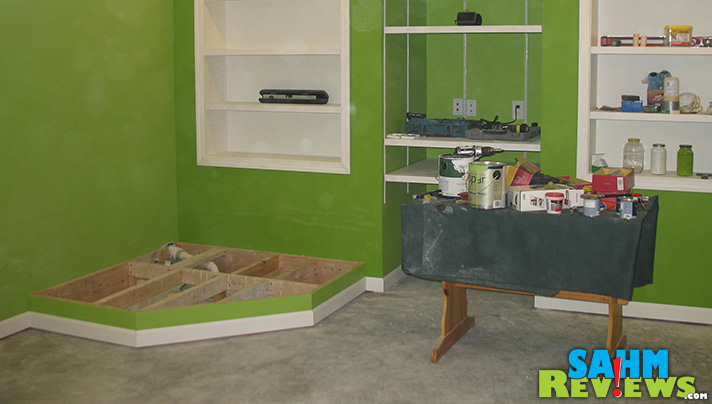 We determined the size of the stage we wanted. We didn’t want it so big that it was intrusive to the room. However we wanted it large enough to allow for a decent size access panel as well as enough space to be functional as a stage. They framed it off using 2x4s then added interior supports because, well, it was going to be danced on and needed support. The interior supports also provided a resting area for the access panel. 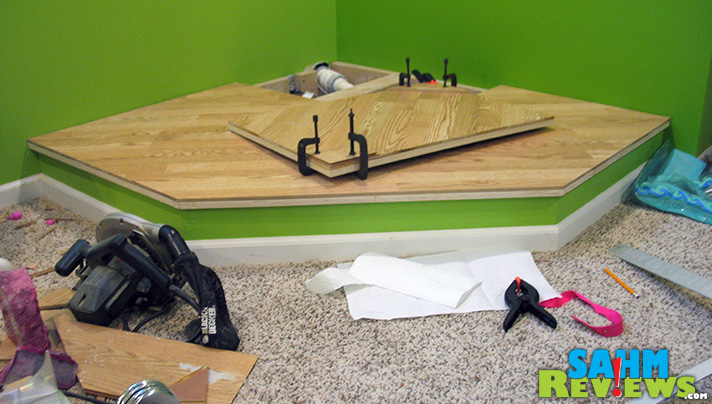 The plywood was cut to size with an access panel cut as well. The parquet flooring was adhered to the plywood. Scott routed out a hole out of the access panel and screwed a recessed latch into it to make removal easier. He finished it off by adding metal nosing around the edge. 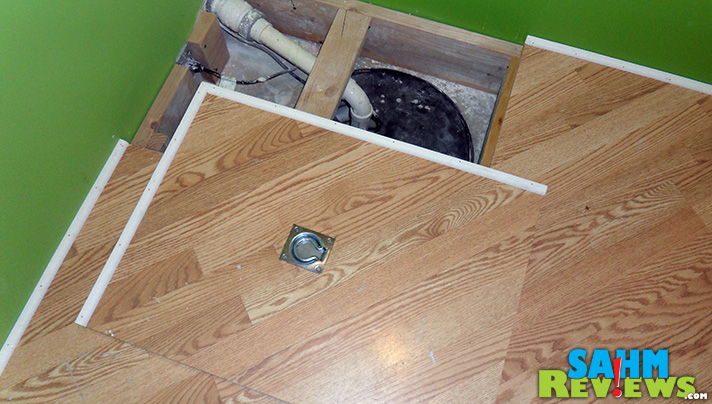 The final result is a sump pump enclosure that doesn’t waste an entire corner of the room, makes the kids happy and looks great.

Who is ready to grab a mic and perform? 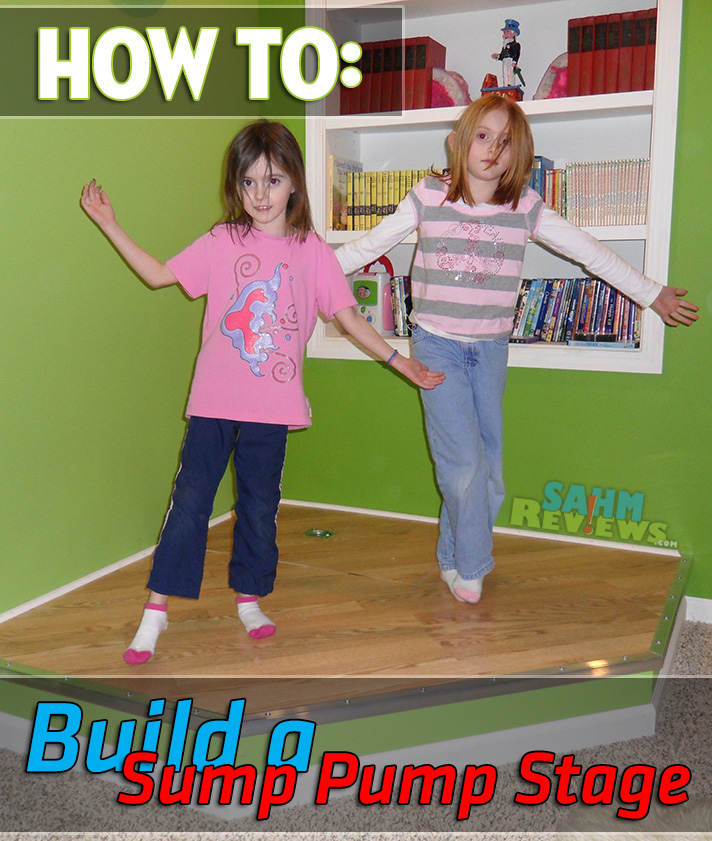 29 thoughts on “How To Hide Your Sump Pump Hole”