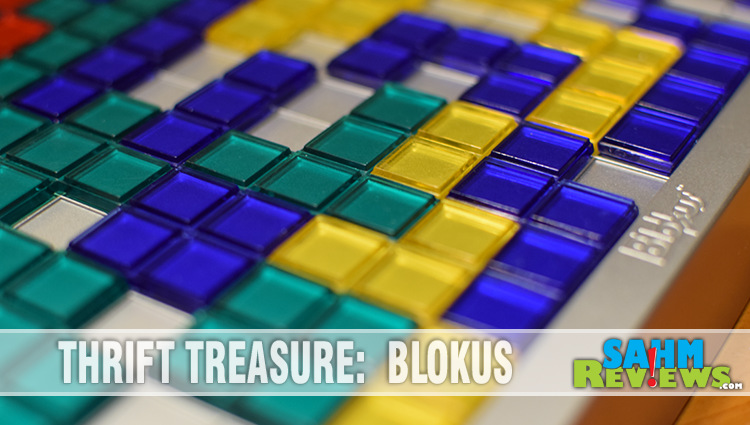 A few days before Christmas we decided to share a list of top hobby board game apps. The list is only a sampling as there are many others that we could easily tell you about that we have downloaded in an attempt to improve our skills when playing a live game.

I’m pretty particular about which game apps I download as I tend to get a bit addicted to them. I’ve downloaded some games through promotions and others when they happened to show up as a hot free app. When Scott posted the list of apps last month, it reminded me that one game stood out (to me) for a different reason. I originally downloaded the Blokus iPad app a few years ago and played it so many times that I got tired of it. At the time, I had NO idea it was an actual board game, let alone one that had received multiple awards including Mensa Select. So when we spotted it on the shelf at the local Goodwill, I was completely amazed and hoped the box contained all the pieces. 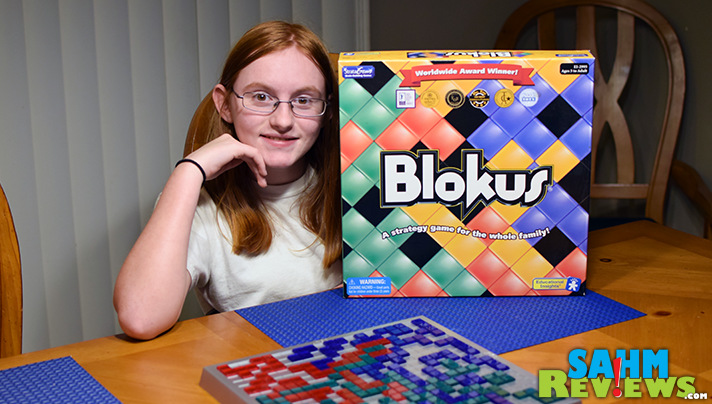 As you can see, it did and I was thrilled to add it to our collection. Partially because I already knew how to play but mostly because I knew I was GOOD at it. What makes Blokus interesting is that it is a strategy game that pushes the players to utilize spatial reasoning and evaluation much like Tetris Link, Cirkis and Patchwork. It’s not quite as intense as an abstract game making it easier for younger kids to grasp. The standard and deluxe versions of the game accommodate up to four players. 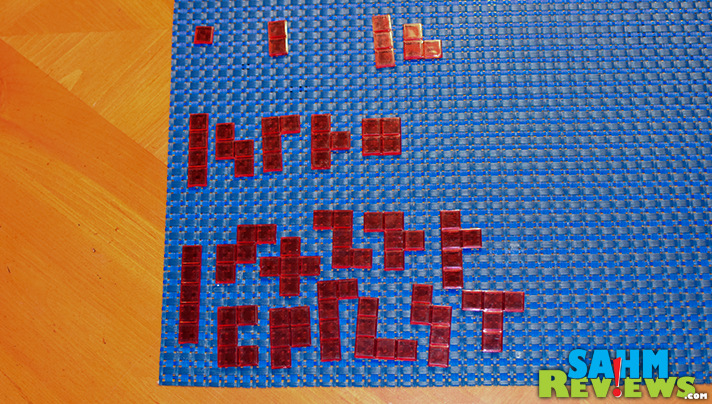 The game consists of a 20×20 playing board and 21 Tetris-like pieces per player of various shapes and sizes. The pieces range in size from 1 block to 5 blocks, each with a different  layout. Starting in their designated corner, each player takes turns laying their pieces on the grid until there is no longer room for them to add another piece. 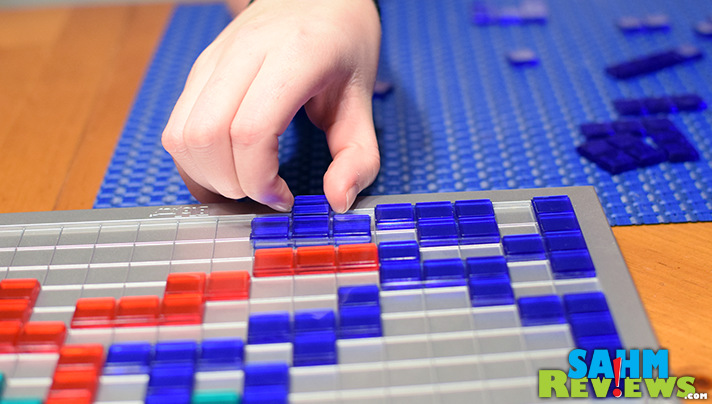 Unlike other games of this type, Blokus has limitations on where you can add your free pieces. It isn’t a matter of squeezing them into the best possible spot. Instead, you can only add pieces by touching a corner of one of your existing pieces on the board. The game is over when someone plays all their pieces or when nobody can play any additional pieces. 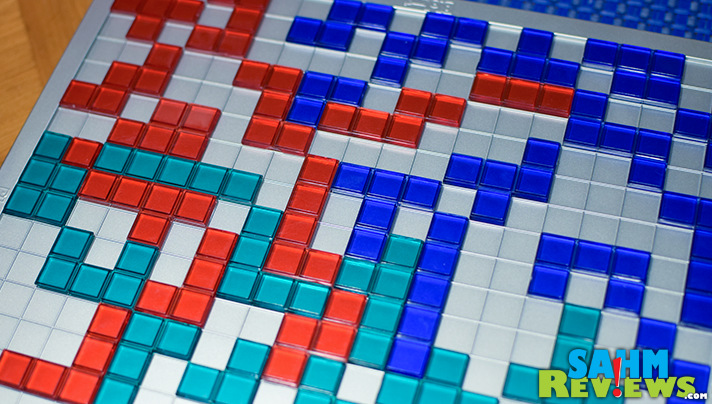 It sounds pretty simple until your opponents block off a path you had planned to take. Since you are limited not only by how to connect but also to what pieces you have remaining, it isn’t uncommon to find yourself with limited spaces to play. With four players, it is unlikely that any player will be to successfully play all their pieces. If that is the case, the player with the least amount of squares remaining wins.

There are a number of variations including playing teams or in the event of 3 players, having players alternate playing the 4th color. We’ve played it multiple times at home as well as at our local game meetup. Each player has their own strategy and no two games are alike. The replay value of this game is high.

Our copy of Blokus was published by Educational Insights but there’s a long list of companies who have released it over the years including Winning Moves, FoxMind and Mattel. Keep an eye out for this gem at your local thrift store, but new copies of Blokus are available for under $20.

Do you like to play this type of spatial strategy game?