It’s gotten to the point that when we visit a thrift store, we can stand back and look at the shelves of games and almost immediately know if there’s something there we don’t have or need. Our eyes gloss over the multiple copies of Trivial Pursuit and Scene It. Sometimes we’ll focus on a copy of Blokus and try to convince ourselves that we really don’t need another copy, no matter how cheap it is. If we love the theme, like The Simpsons, we’ll buy it no matter how low it is rated on BoardGameGeek.

Mostly I look for games from the 70’s or 80’s that I wanted as a child but never had. This week I instantly spotted Dead Stop! by Milton Bradley. According to the date on the price sticker, it had just been set out earlier that morning! It was 99% complete, only missing one colored ring which I’ll try to find a replacement for on Facebook in the Bits & Pieces group. Even though everything wasn’t 100% there, for $1.88 I knew I couldn’t pass on it.

Dead Stop! is a two-player game where each person is trying to score the most points by getting their pawns further down the track. Inside the box are two playing boards which are aligned with a plastic tray, 48 cards, 12 pawns and 72 plastic rings in eight colors. 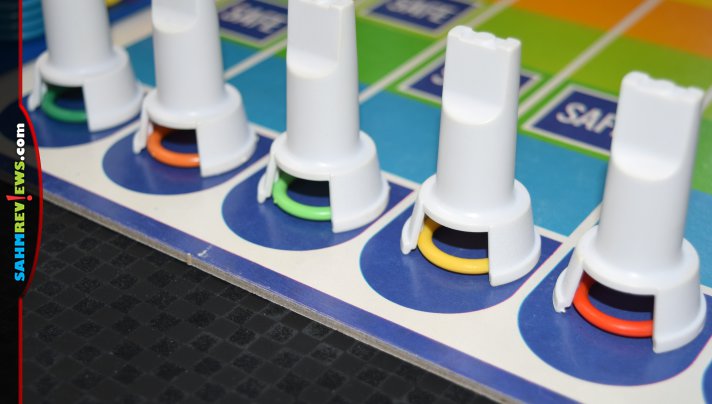 The twelve pawns are fitted with one of each color ring except for black and white. This information is hidden from the opponent when placing the pawns on your player board. Shuffle the deck of cards and you’re ready to begin! 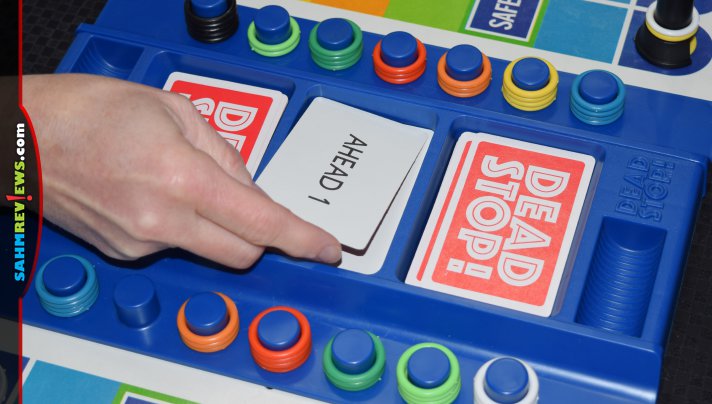 On a turn the active player will draw card and follow its directions. The results will allow you to move any one of your pawns ahead 1-3 spaces, move one back a space, don’t move anything (stay) or move an opponent’s piece back one. After completing the move, the player will try to guess the color underneath one of their opponent’s pawns. 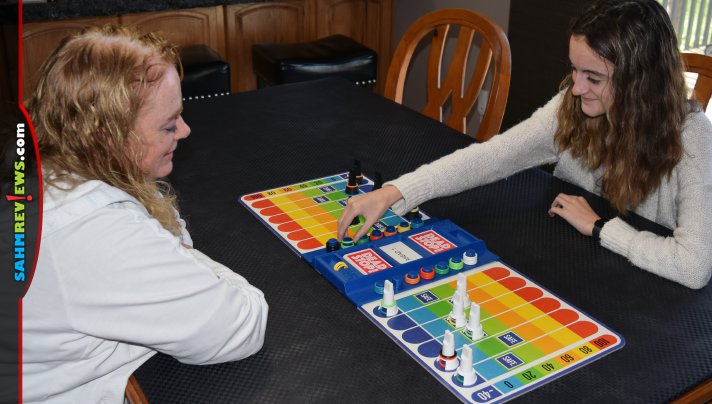 Choose one of your six colored rings and place it over the pawn you’re targeting. The opponent then tells you whether you are correct or not. If not, nothing happens and it is their turn. If you do match, place a second ring that matches your player color on that pawn to lock it in place. It has now come to a Dead Stop and cannot be moved forward for the rest of the game. It can, however, be moved backwards by either player.

Safe spaces on the Dead Stop! board prevent you from guessing their color or from them being moved backwards by either player. Players take turns drawing and guessing until all pawns have been correctly guessed or are in the 100 row or both players have no rings left to guess with. Each row on the track is worth a different value and the player with the highest total at the end of the game is the winner!

Originally published in 1979, you can find complete copies of Dead Stop! on eBay for a wide range of prices in a wide range of conditions. This is the first time we’ve ever come across a copy at thrift in nearly ten years of shopping, so if you want a copy, watch online for a good deal.

What game from your childhood do you hope to find again someday?