Every single person on this planet has no doubt heard of The Simpsons. I was one of the lucky few who stumbled upon the show before it became a regular series. Originally done as shorts during the commercial breaks of The Tracey Ullman Show, it was fun seeing the art mature each week as Matt Groening perfected his style. In December of 1989, it made its formal debut on Fox.

It didn’t take long for toy and game companies to capitalize on the cartoon’s popularity. Action figures, trading cards, you name it, they were all produced with the likenesses of these new yellow heroes. I even recall buying a black-market t-shirt in the summer of 1990 at the annual Taste of Chicago celebration! It also didn’t take long for at least one company to get a Simpsons-themed board game to market. That’s the game we found at thrift – The Simpsons: Mystery of Life! 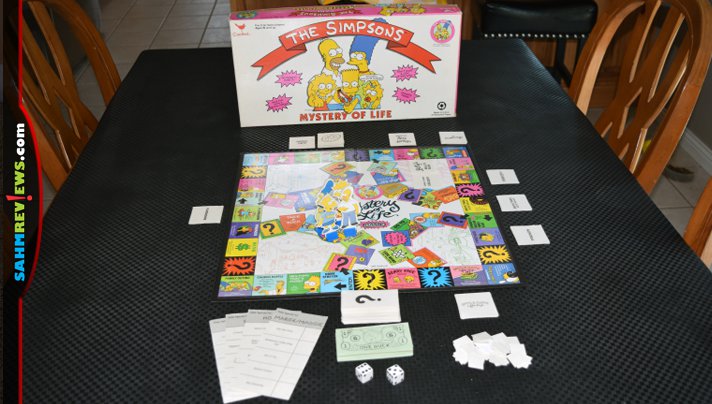 Let’s be fair, with a game rushed to market in this short amount of time, one shouldn’t have very high expectations about the game play. There isn’t a whole lot unique about The Simpsons: Mystery of Life. It’s a basic roll-and-move game that has you performing various challenges, collecting cards and cashing them in to fill you own personal task list. It’s one saving grace is the board itself. Colorful and thematic, it may end up on our wall someday! Until then, let’s take a quick look at how to play.

To set up, place the game board in the center of the play area. Each person (up to four) selects one of The Simpsons characters to play as (Bart, Homer, Lisa or a Maggie/Marge combo). They also take the matching character Agenda card and $5 in Simpsons bucks. The Agenda card dictates the goals each person is trying to be the first to complete, and there are three for each character – this makes every game different! (Well, technically there are 24 different combinations.) Check chips, donut cards, mystery cards, money and space-related cards are kept close to the board for use during the game. 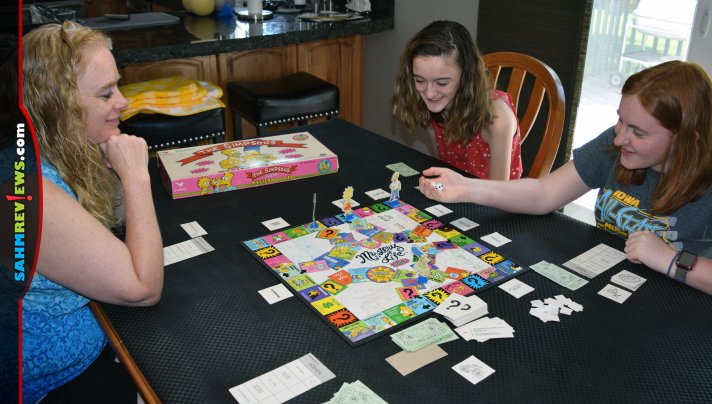 On a turn a player will roll two standard dice and move that many spaces clockwise around the board. Roll doubles and take an extra turn! There are inside tracks that connect and may be taken (player’s choice) when passing over the corresponding space. When the player’s pawn stops moving, the square is examined and resolved. 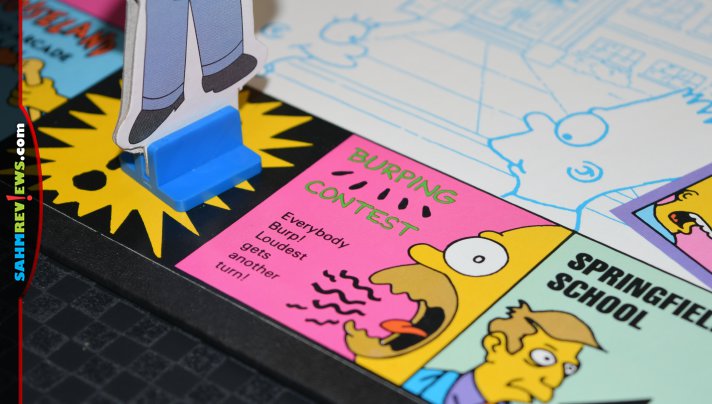 The various spaces will allow you to collect items, steal from other players, pay fines or fees, collect money, gamble, make silly faces and more. Each one is thematic for The Simpsons universe and helps you get closer to the game winning goal – either complete all of the items on your Agenda card or collect twelve donuts and then be the first to get back to home. 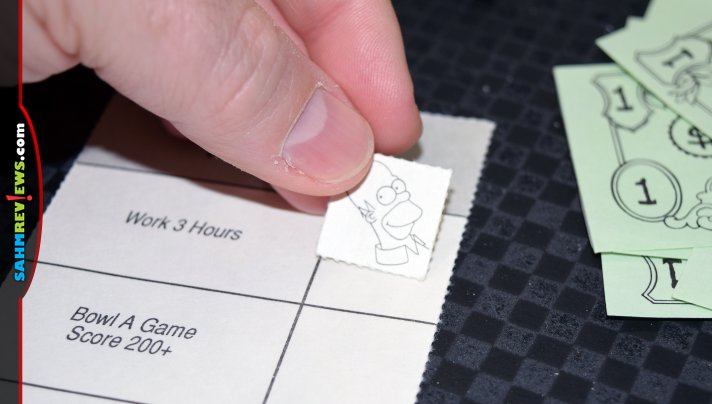 Each time you complete one of the items on your Agenda card, you will randomly draw one of the character Check Chips and place it on your card to mark its completion. If you happen to draw the same character you are playing as, you are rewarded a bonus Simpsons buck. 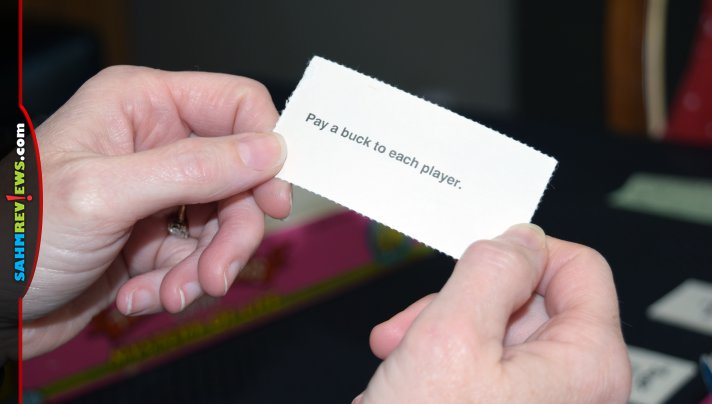 Mystery Card spaces require you to draw, you guessed it, a Mystery Card. There are two types of Mystery Cards, one which tells you to do something like “pay a buck to each player” or “put two checks back”, while others are trivia-based. Ask the trivia questions to all players and whomever is the first to answer correctly wins a buck from the bank. If no one answers correctly, the active player wins the dollar. 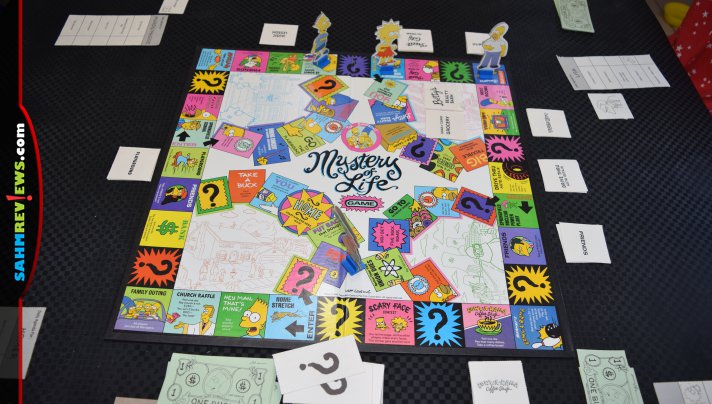 If you’re running short of money, anything can be sold back to the bank for $1.00. You can also trade or sell to other players at an agreed upon price. Any time a player lands on or passes the “Home” space, they are able to collect $5 – a good reason to always take that inside track on the board! Because items are limited, it sometimes makes sense to purchase them when you can and then try to profit from another player who really needs it (or to prevent them from getting it at all).

The low ratings on BGG are well-deserved, but because I’m such a fan of The Simpsons, I had to pick it up at thrift. It only set me back $2.88 and provided at least 30 minutes of entertainment. The artwork is classic season one Simpsons and the non-board components are very cheaply made. It will probably make a good candidate for upgrading (or at least improving), so watch for a future article to see what I decided to trash and replace! If you want one for your collection, or need replacement pieces, head over to eBay where you’ll find quite a few offered for sale!

Who is your favorite Simpsons character?

29 thoughts on “Thrift Treasure: The Simpsons – Mystery of Life”