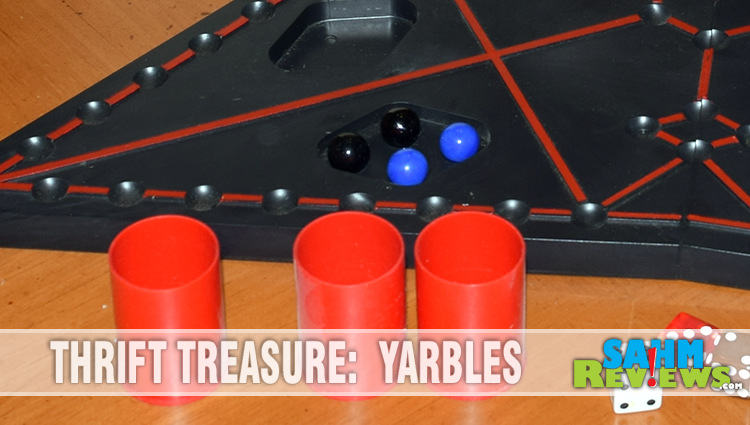 If there ever was an award for most unique game board, this week’s Thrift Treasure would certainly be in the running for top prize. It also could win a couple other awards: Most Frustrating Board to Assemble, Worst Instructions, Worst Implementation of a Stolen Idea and probably a few more I can’t mention on our family-friendly site. 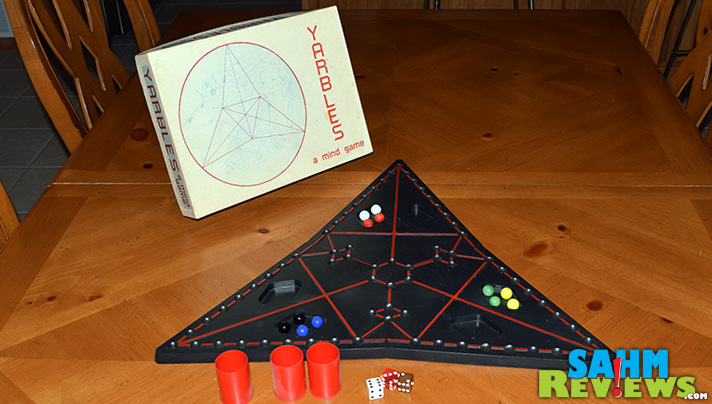 Why did I buy it? It was only $1.88 and fit my love of abstract games. All the pieces were there and it was in reasonably good condition (except for the torn box base). Had I taken the time to actually read the rules before checking out, I might have put it right back of the shelf of our local Goodwill.

Yarbles is believed to have been originally issued sometime in the 1980’s. This is but a guesstimate as the original publisher, Mind Games, Inc. of Neosho, MO, has long been out of business. Formed in February of 1980, BoardGameGeek has only one other listing for the company, Star Encounters, which was published in 1995. 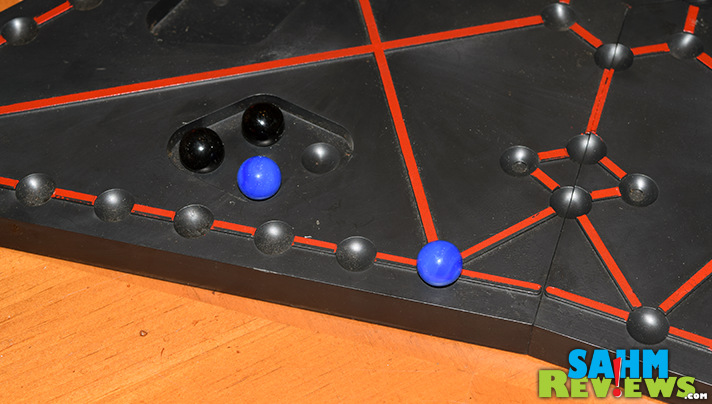 And there is surprisingly very little information online about Yarbles at all. Other than the aforementioned BGG listing (which has zero photos and links), we could only find one expired eBay listing. It only had one photo of the box, so you’re in for a treat! These photos may be the only ones in existence of the game! 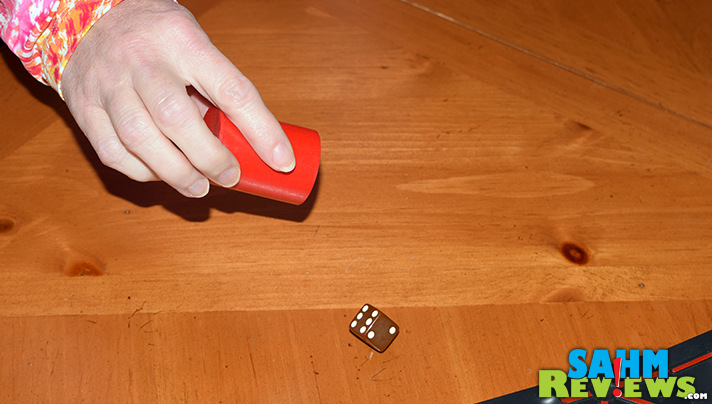 Sadly, Yarbles is nothing more than a poorly-done rip-off of the game of Sorry. Designed for three players, you take command of a fleet of starships in an attempt to get them from your base to ‘home’ by rolling a die and moving that many spaces.

The board is connected by various red lines that allow for special travel if certain numbers are rolled when you are at one end of the line. Landing on another marble while going around the outside of the board kills it, putting it back into the opponent’s base. 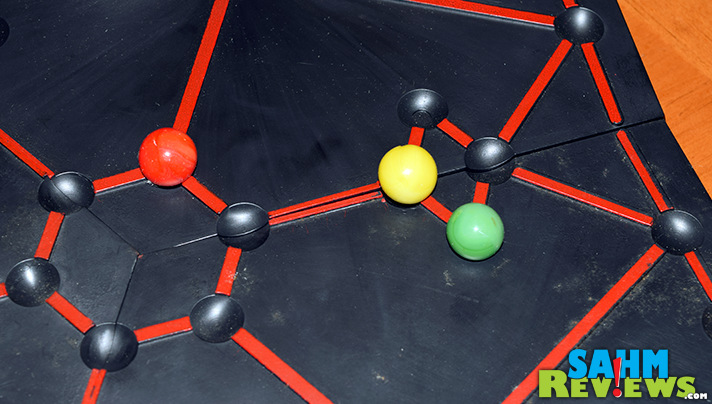 There is a shortcut through the center of the board accessible when you roll the exact number needed to enter the “Point of Entry”. It’s a dangerous area of the board, as when you are landed on or passed over by another player, they capture your marble and put it in their prison. Only when the rest of your pawns are safely home may you have one released to your base. If all of your marbles are captured, you are annihilated and out of the game. 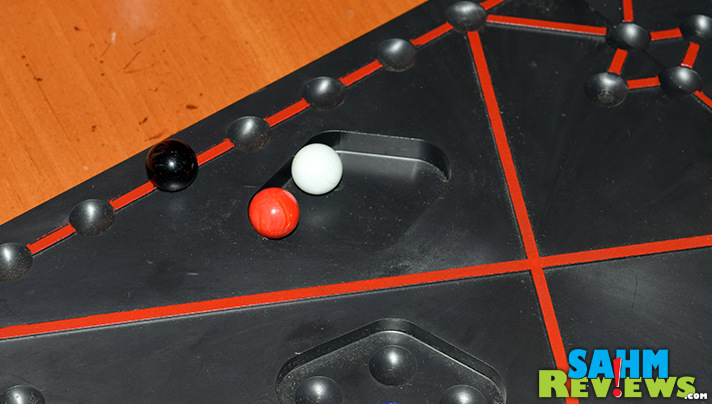 Yarbles is nothing more than a roll-and-move game with convoluted instructions and just too many options to be able to remember without consulting the rules nearly every turn. If it weren’t for the very unique board, I wouldn’t even bother re-donating it to Goodwill. This one would sit where it should – a landfill.