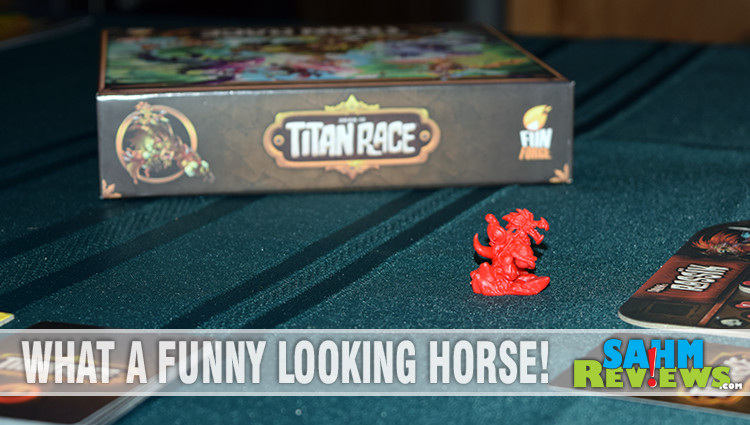 You don’t have to be a fan of horse racing to know that tomorrow is The Preakness, the 2nd race for the Triple Crown. When we lived in Arcadia, California, we had a bit of an interest in what was happening at Santa Anita Park, but that was about the peak of our interest in horse racing. When it comes to racing, we’re more interested in cars.

We’ve also discovered that racing translates well to board games with traditional racing titles like Downforce (cars) and Flamme Rouge (bicycles) along with some unconventional competitions like CamelUp (camels) and Frogriders (frogs). The latest in our collection is Titan Race by FunForge (in partnership with Passport Game Studios in the United States.) 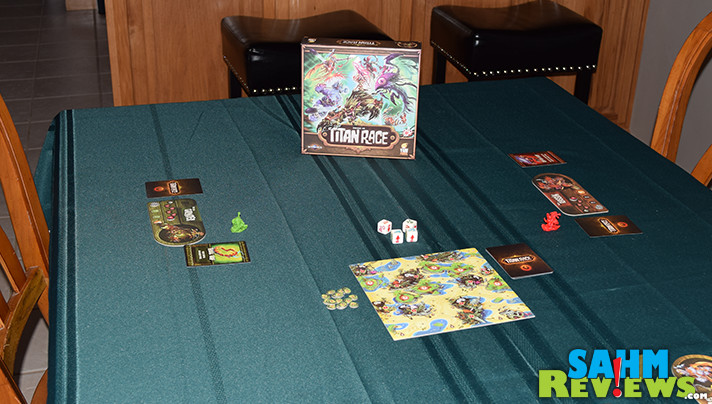 As the name implies, you’re playing as a Titan and trying to race around the circuit with the first (of up to six players) to complete three laps wins. In addition to six titans, it comes with 3 two-sided boards, each representing the universe of one of the Titans. Since the game requires three laps around a single circuit or one trip across three different circuits, this provides a good amount of replayability. To set the game up, each player selects a Titan figure, the related game board and ability card, a Life token, a Lap counter and one random Bonus card. Select a circuit and place it in the center of the table. Place the Shuffled Bonus cards and the supply of Trap tokens beside the board on opposite sides. You’ll be using the quantity of dice equivalent to the number of players in the game. 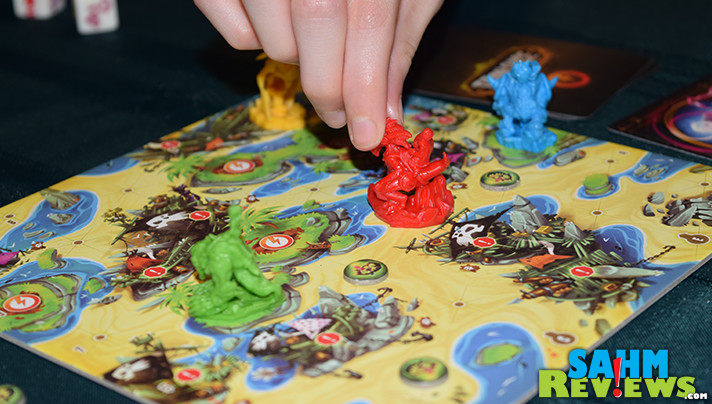 You’ll need to use movements to traverse the circuit. When you reach the “top” of the board, you loop back to the bottom. Three laps before anyone else and you’re the winner. Each titan has a unique ability and bonus cards provide additional opportunities to move or interfere with opponents. However, the bulk of your movements will come from rolling the dice.

The dice are custom with each side displaying a different movement action in one of each of the Titan’s colors. Actions include forward or side movements or a combination of the two. Some include the option to throw a trap or inflict damage on another Titan. To begin the game, the first player rolls the dice and selects one to use for this turn. The next player may select from the remaining dice and so on. When there is only one left, the final player takes all the dice and re-rolls, selecting from the results. The next player selects from the remaining and so on. Should you opt to select a die that depicts your Titan’s color, you’ll earn one life point! 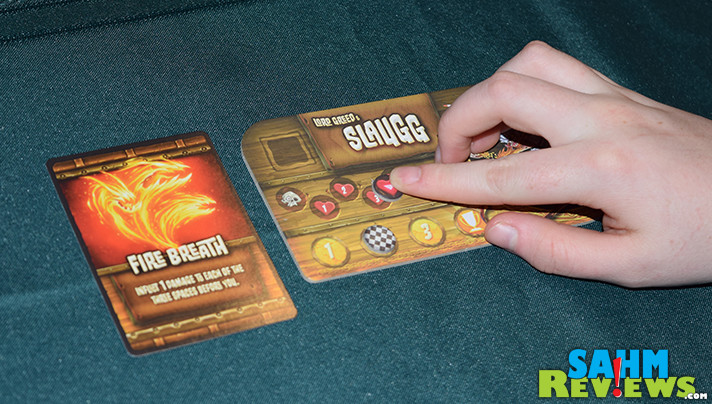 The various boards have different bonuses and penalties that go into effect when you land on or cross over one of the designated icons. If another Titan is in your way, you can push them in the same direction you’re going – as many spaces as you’re moving. They’ll automatically lose one life point as well as take any penalties and/or bonuses of the spaces they cross. When you get to the end of the board, you loop back to the beginning on the starting side, adjust your lap counter and proceed on your way. Should you cross off the edge of the board, you’ll come in on the next row on the opposite side. 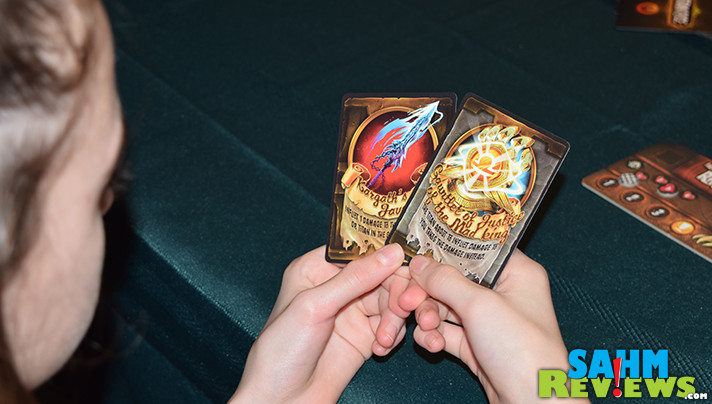 Bonus cards throw wrenches into the game, giving players immunity for a round, an extra life point back or some one-time-use ability. Don’t worry, you can only hold two at a time and are only able to play one each turn so while they do help players, nobody gets overpowered by them. 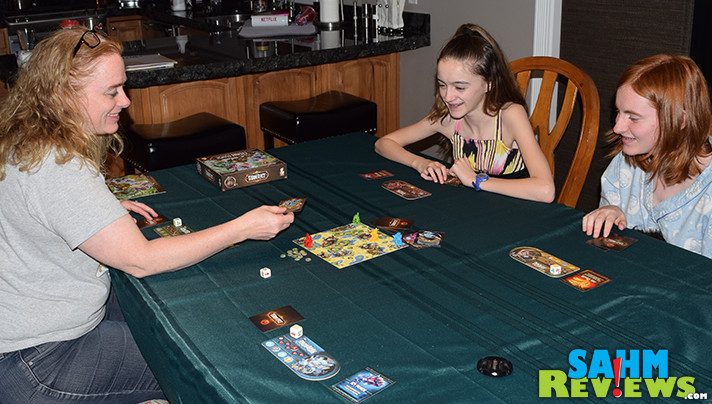 There aren’t an overwhelming number of rules or components and start-to-finish the game is only 30 minutes making it great for families. At the same time, there’s a lot of “take that” to the game which makes Titan Race a good filler game for more seasoned players. You can pick up a copy of Titan Race on Amazon for just over $12 or ask your local game retailer if they have copies available. Follow FunForge on Twitter and Facebook as well as Passport Game Studios (Twitter, Facebook) to see what new games they’ll be releasing at the upcoming board game conventions.

Do you prefer when a game shorter games or longer games?