People look forward to the decline of winter for a number of reasons. Warmer weather, school letting out, holidays, vacations and more. Now that we’re well past the days of the white stuff falling and just about out of allergy season, we’re starting to get excited for the next season! I’m sure you think we’re talking about the summer, and you’d be partially right.

What we’re gearing up for is convention season! Many, if not most, of the major U.S. board game conventions take place during the summer. As you read this we’re on our way to our first of the year in St. Louis. It’s only a 4-hour drive and will be filled with four 24-hour days of gaming with friends and yet-to-be-friends. Each year we also talk about the two major U.S. conventions, Origins Game Fair and Gen Con, but recently realized we haven’t spoken much about the other great regional board game conventions that are worth the trek! Mark your calendars, because you’ll want to clear time to go to at least one of these this year! 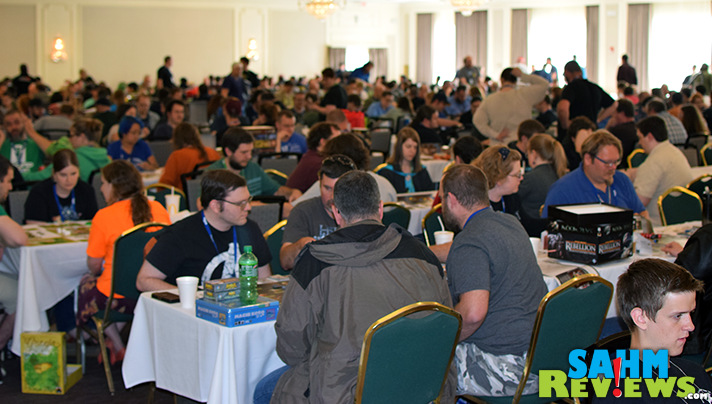 As mentioned above, that’s where we’re off to this weekend! This will be the third year in a row that we’ve taken the girls out of school for a couple days to be able to maximize our time at the tables. For us it is the best “playing” convention in our area, hosting 2,500 people who are all there to do the same thing – play board games. No D&D, no tabletop, all board games. A small vendor area ensures there are new games to purchase and a few events keeps things interesting. There are tournaments, fancy gaming night (wear your tuxedo!), a trade room, free games for attendees and even a flea market on Sunday! Probably the most relaxed convention we’ll visit all year! 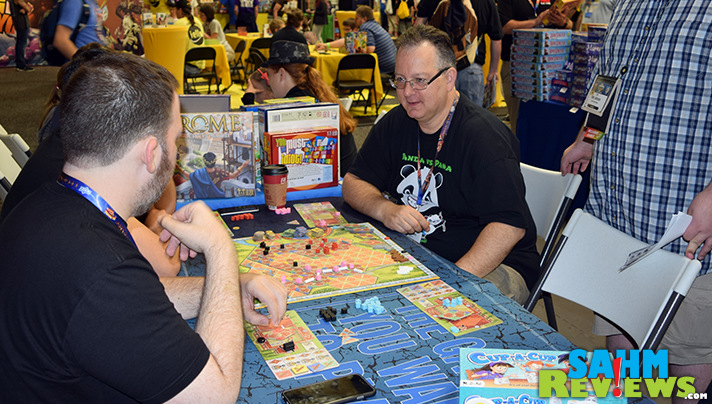 In June we’ll make the drive to Columbus, Ohio for our third year of attending the Origins Game Fair. We were lucky to get a room in the host hotel this year, so no driving back and forth for us! We’ve gushed over all the fun you can have at Origins and highlighted a number of reasons to attend. Our girls love making their own terrain for their friends during some of the artistic events and many new games make their debut at Origins. So many last year that we had to split up the list into two articles and expect to do the same this year! Keep watching for the 2018 debut list along with a new feature about deals and promotional items you can pick up while you’re there!

Gen Con is the largest and the premier board game convention in the U.S. Last year they celebrated their 50th Anniversary and broke records for attendance (well over 60,000!). The crowds are enormous and the entire convention takes up almost all of downtown Indianapolis and has spilled over into Lucas Oil Field. Now I’ve been to bigger conventions in different industries and can say with confidence that even with a crowd this large, the attitudes and politeness of the attendees are amazing. You may be elbow-to-elbow with a mass of humanity, but everyone will be enjoying it!

And let’s not forget all you can do at Gen Con! A HUGE exhibition hall that will take at least two days just to walk through it once, thousands of tournaments and game demonstrations, seminars for every interest (even “How to Make Sushi”), after-hours parties and gatherings and food trucks as far as the eye can see! We elect to not stay downtown to have an escape when we need it. Fortunately parking is extremely affordable and within easy walking distance. We’ve never paid more than $8/day to park our van! 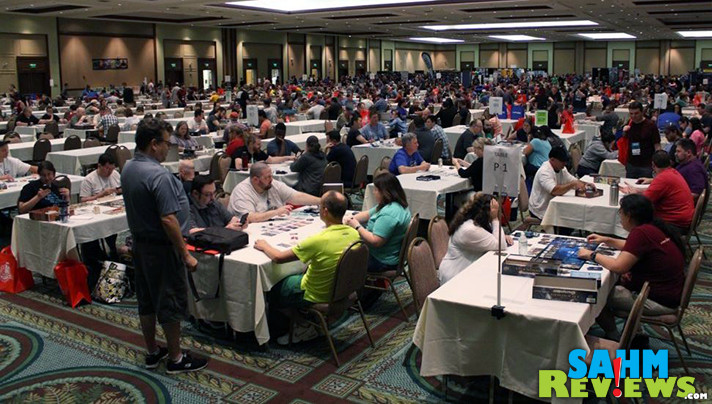 Hosted by industry stalwarts, The Dice Tower, Dice Tower Con is held in Orlando, Florida each July and is comparable to Geekway to the West in style and setup. Another convention that quickly sells out, no passes are available at the door. Pick up your tickets early to get in on over 100 hours of gaming and then extend your vacation and head to Disney World while you’re there! 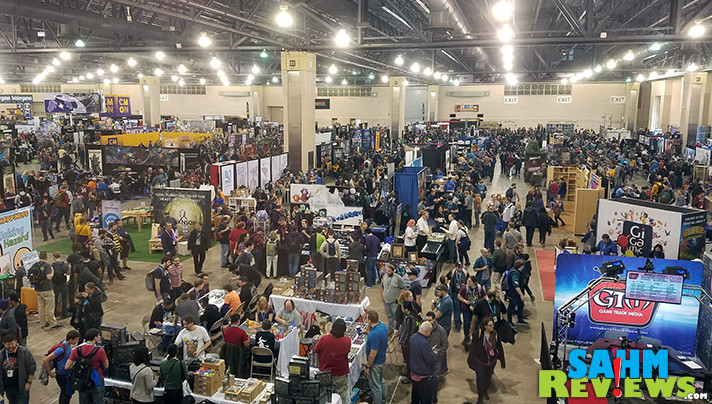 A spinoff of the hugely popular series of PAX conventions (Penny Arcade Expo), PAX Unplugged is solely focused on offline games (board games, etc) rather than their typical video game and app-centric exhibits. 2017 was the first year for PAX Unplugged, and thanks to their brand recognition saw fantastic attendance and excitement for a followup year. While smaller than Origins or Gen Con, the setup is similar in that it is about the vendors first and playing second.

Another regional convention held in Texas and hosted by the industry’s largest game database repository, BoardGameGeek. This one is held in November and is play-centric like Geekway and Dice Tower Con. Tickets are a bit pricier than all the other cons at $150/each, but they still sell out in under 60 days, nearly six months in advance of the event!

Boasting attendance of nearly 2,000 players, this Pennsylvania convention is in its 19th year. Over 100 games are selected to be played tournament-style and are chosen by BPA members. We have never attended this convention ourselves, but to hope to someday!

Billed as the largest tabletop gaming convention in the upper Midwest, Gamehole Con now also features True Dungeon – something you would have to travel to Origins or Gen Con to experience previously. Even though it is hosted in early November, it should still be early enough to avoid snow or inclement weather (except cold). Reaching regional convention status and sponsored by a number of game industry bellwethers, it is a nice distraction from the upcoming winter.

If you think this is a lot of board game conventions, it is only the fraction of what is out there. We’ve highlighted the largest and best-attended, but there are hundreds of smaller regional and local conventions that take place in your city every year. Check out this unofficial list on BoardGameGeek for worldwide listings of cons in your area and make plans to check out at least one. You do not need to bring your own games as nearly all have a public game library where you can check out games to play. Many offer play-to-win contests featuring a chance at taking home the game you just played and vendor areas to help fill out your collection.

Have you ever attended a board game convention?

21 thoughts on “What Season is It? Convention Season!”