Usually when we’re out shopping for board games at thrift, we’re primarily on the lookout for games that are unique, fun and are somewhat hard to find. We pass on dozens and dozens of versions of Monopoly, Yahtzee, Scene It and more. All in the hopes of finding that oddball issue that was published only one time but is still relevant today.

Every once in a while we’ll find a relatively new game sitting on the shelves. More often than not it is hardly played and was probably received as a gift and then forgotten about. This week our Thrift Treasure find was not only very new (published in 2015), it was one we were very familiar with. We’ve played Dr. Eureka a number of times at local game nights and at Geekway to the West, where a copy resides in their permanent library. We’ve never owned our own copy, and because it is one of our daughters’ favorite games (they always win), having our own means they can play whenever they have time! 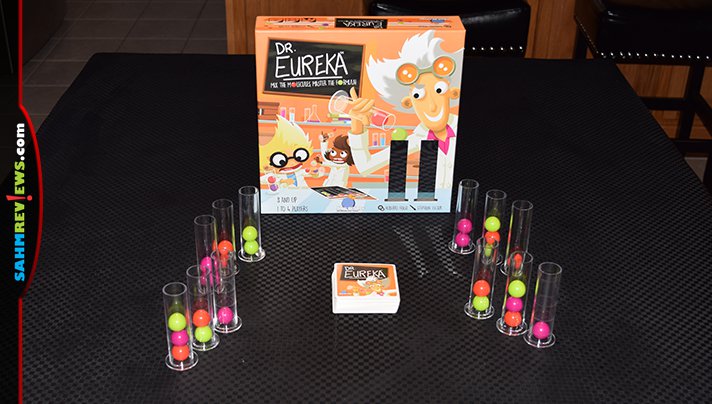 Thematically, Dr. Eureka is a mad scientist who needs help in his lab completing his experiments. Each player becomes an assistant and will race to be the first to organize six plastic balls (molecules) housed in three plastic tubes (beakers) into a specific order requested by the doctor. 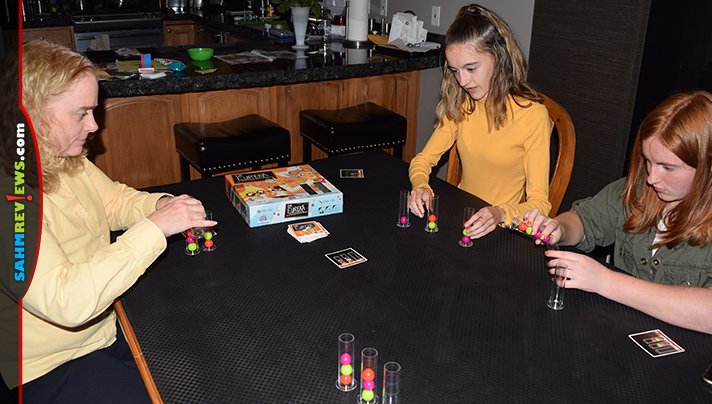 Each player begins the game with the plastic tubes and two balls each of all three colors. The balls are matched up by color and placed into different tubes so that each tube contains two balls of one color. A deck of challenge cards are shuffled and placed facedown in a pile in the center of the play area. No need to choose first player – everyone will be racing each other at the same time! 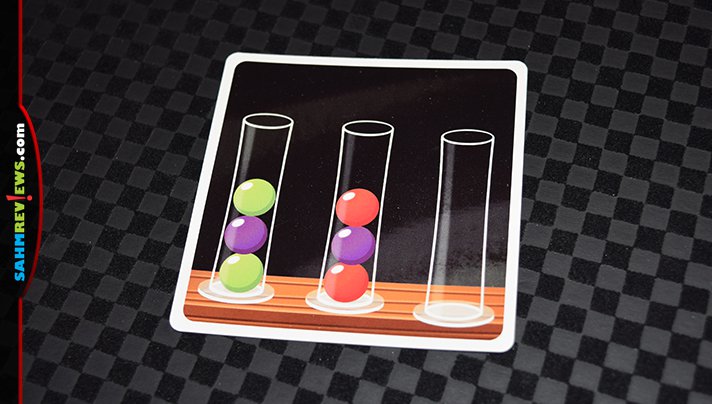 When all players are ready, the top challenge card is revealed. All players race to transfer the balls between beakers trying to match the order and color of the balls shown on the challenge card. The order may be right side up or upside down and tubes may be switched around to match the order displayed. Your hands may only touch the tubes, not their contents. If at any time you drop a ball, your hand touches them or you incorrectly announce that you have completed the formula, you’re immediately removed from the round.

The process of mixing the plastic balls in Dr. Eureka is very similar to the technique needed to solve a tree puzzle. It too had three areas (in this case, rods) where you would temporarily move pieces while you were working on rearranging wood blocks. 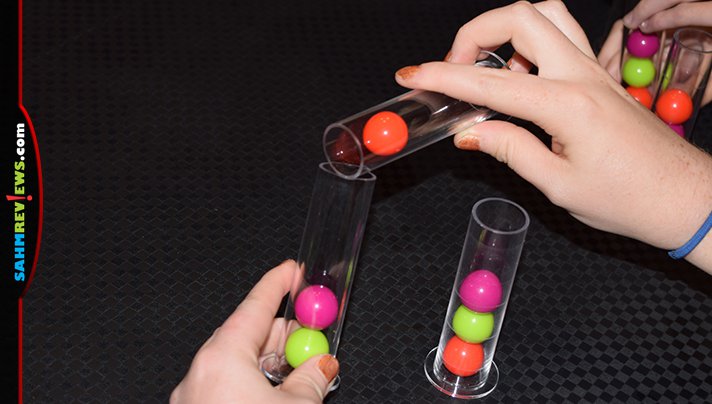 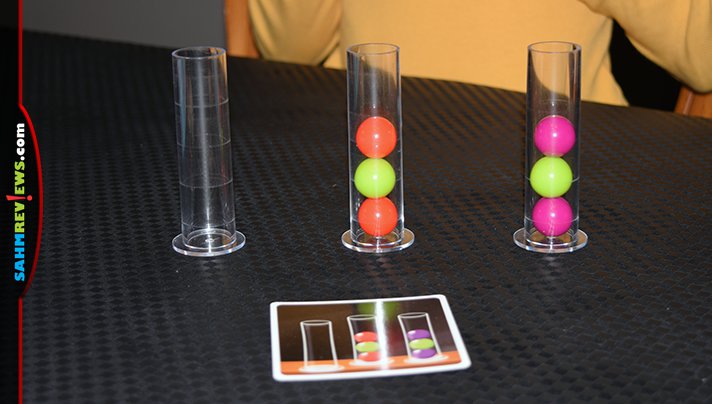 This is one game we don’t expect you’ll find very often at thrift for a least a few years. New copies are very affordable on Amazon (under $20) and you’ll find Dr. Eureka on the shelves of your favorite local game store. A followup issue, Dr. Beaker, is also available once you feel you’ve mastered this version!

Does your family enjoy science-themed games?