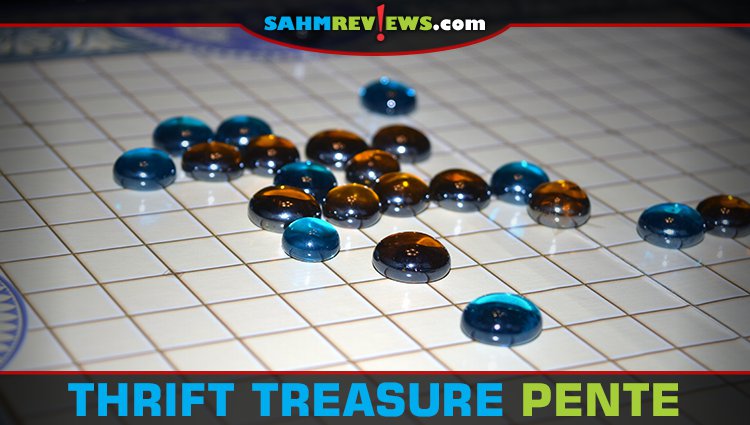 Last week while showing off our find of Dr. Eureka at thrift, I mentioned that we pass on a lot of games that one would consider more common. If you’re ever in the market for Trivial Pursuit, Scene It or AdverTeasing, head to your local Goodwill – they will have dozens to choose from.

Checkers and Chess sets are also pretty common, as are various sets of poker chips. All the classic games are represented at some point on the shelves. This week we happened across a newer copy of Pente by Winning Moves Games that we had to pick up. It was only $1.88 and while the box was open, the contents showed it had never been played! 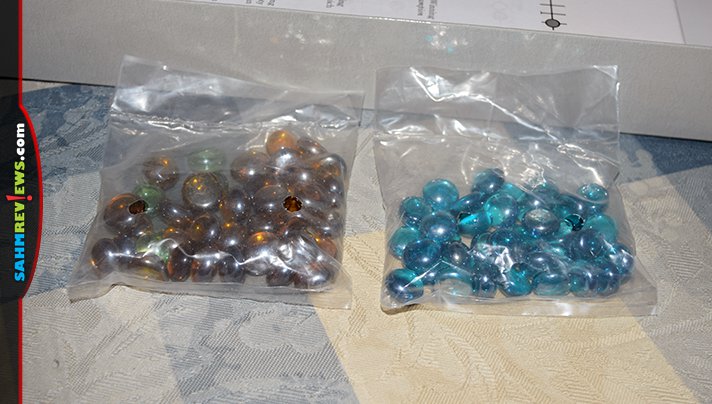 The word “Pente” means the number 5 in Greek. While the game visually reminds you of the ancient game of Go, it was invented just a few decades ago in 1977 by Gary Gabrel, a dishwasher at Hideaway Pizza, in Stillwater, Oklahoma. Customers played Pente at Hideaway Pizza on checkerboard tablecloths while waiting for their orders to arrive. Pente is based on the Japanese game ninuki-renju, a variant of renju or gomoku that is played on a Go board of 19×19 intersections with white and black stones. Like ninuki-renju, Pente allows captures, but Pente added a new opening rule. In the nineteenth century, gomoku was introduced to Britain where it was known as “Go Bang.” (Wikipedia) 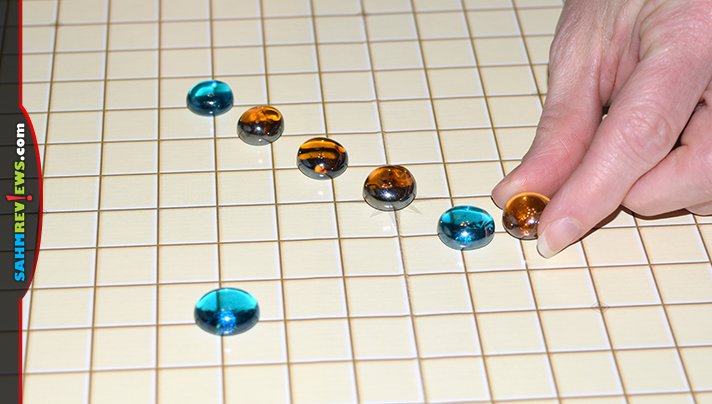 The object of Pente is to either get five of your color stones in a row or capture your opponent five times. On each turn a player will place one stone to any position on the board that is open and where lines cross (you play at the intersections, not in the spaces). The only exception is for the very first turn by the first player – they must play their stone on the center point. 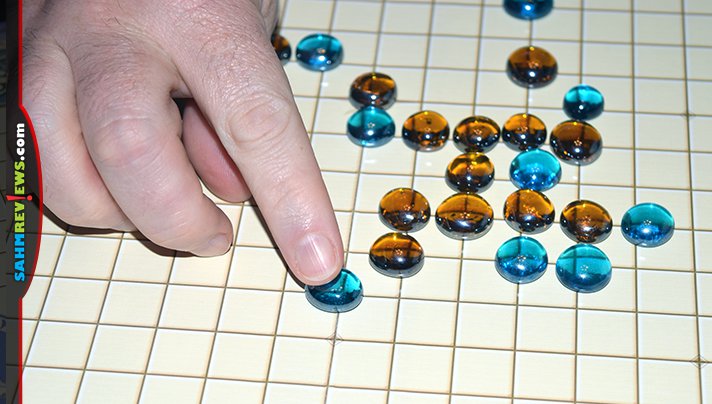 Players take turns placing one stone each trying to line up five in a row horizontally, vertically or diagonally. But, when you have two next to each other (a pair), your pieces are vulnerable to capture. If your opponent is able to surround the pair on either side, your pieces are removed from the board. 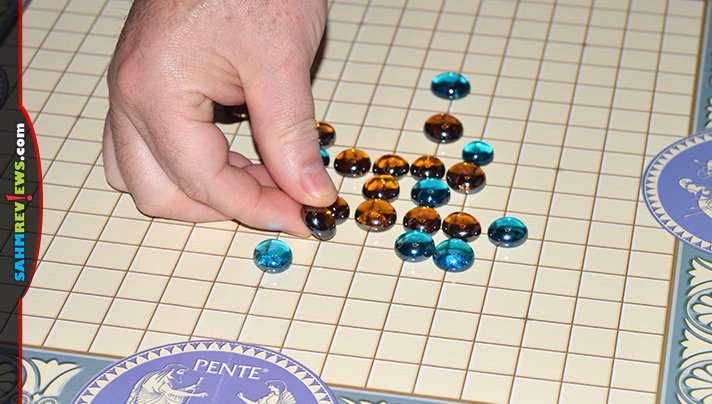 As soon as one player lines up five in a row or captures their fifth pair of stones, they are declared the winner of Pente. This Winning Moves Games version also includes their own twist on the rules by including four “power” stones and a custom name, Pente Plus. 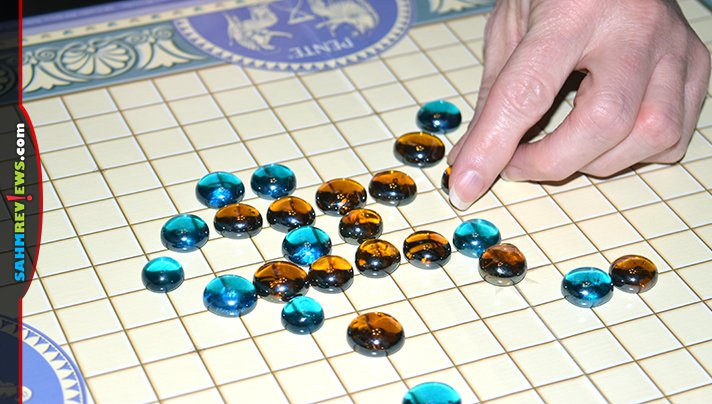 Each player receives two power stones at the beginning of the game and on a turn may play one to any intersection on the board. This power stone acts as both colors (wild) and awards a bonus when played. The person who played the power stone may also immediately place one of their own stones on any vacant “diamond” point on the board. They may be used to complete your row or to help capture your opponent’s pieces. Since they count as either color, they can also be used against you on a later turn!

This particular example of Pente is no longer published, but there is a new version that supports up to four players offered on Amazon for under $20 and features a roll-up rubber board! Plenty of used copies are on eBay and you’ll probably find one at thrift if you’re patient! Just make sure all the stones are present!

Do you like it when classic games are updated with newer rules?