In any game library there should be three classic titles. Checkers is one of the first most kids will experience. Chess is the natural progression as the kids get a little older and are ready for something more difficult. But what about the third? It’s a game more popular worldwide than in the U.S. and has been in existence for over 4,000 years! And it benefits from the shortest game name – Go!

And until this week I didn’t own a copy. I’ve looked at various versions on eBay and Amazon, but never could decide how much I wanted to spend on a set. Inexpensive copies can be found for under $10 and high-end, custom-made boards can run well into the hundreds. You’d think with a game that has been around so long there would be plenty of copies showing up at thrift stores like we see with Chess and Checkers. That hasn’t been our experience.

Until now! A like-new copy of John N. Hansen Co.‘s Go Deluxe appeared at our Goodwill for only $1.88! With a solid wood board and heavy plastic ‘stones’, this was a fantastic value. Into our cart it went. 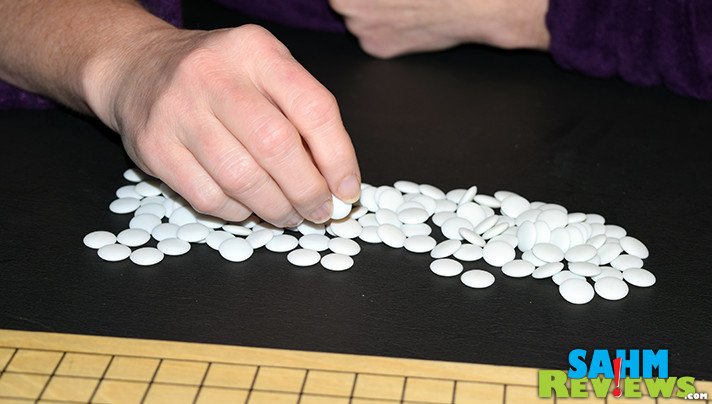 As you might imagine for a game that’s been around so long, there are numerous rule variations – usually occurring regionally. However, the basic rules of the game remain the same. Players take turns placing one stone of their color on any open intersection on the board. You are trying to completely surround your opponents stones while not letting your stones be captured.

Any stone or group of stones that are completely surrounded are captured by the opposing player and removed from the board. Open spaces next to stones are called “liberties” and as long as one exists, the stones cannot be captured. The game continues back-and-forth until both sides pass or one person concedes the match. Final scoring is where the majority of regional differences occur, but usually end up with the same result. 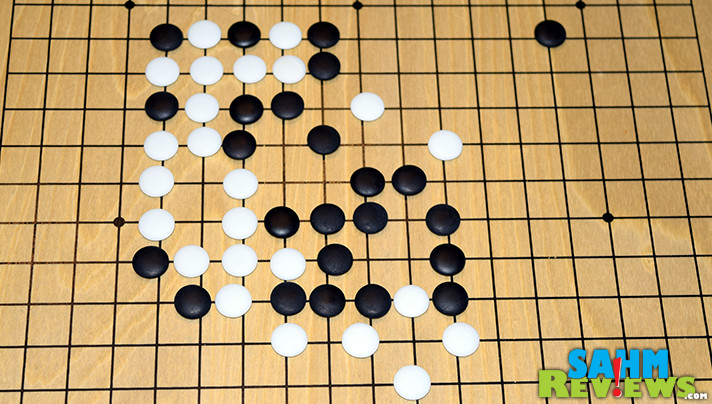 If you ever have the opportunity of picking up a copy of Go at thrift, just do it. If you don’t want to wait, there are many great choices on Amazon for all price points. It is truly the one game you can say “Minutes to learn, a lifetime to master!”.

Have you ever played Go?