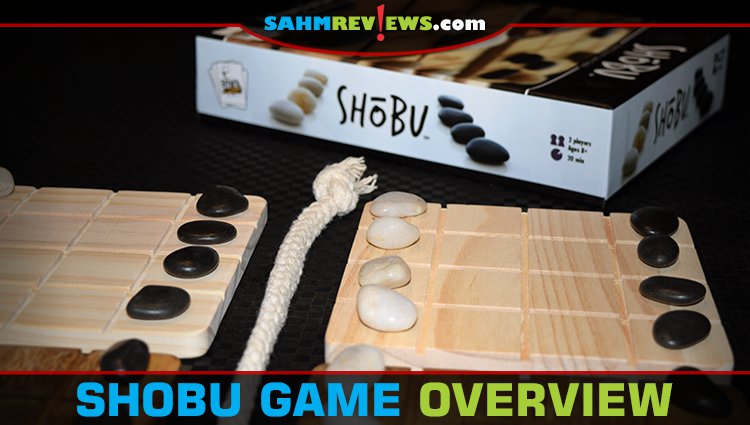 You’ve probably figured out by now that we play a lot of games as a family. There are very few game types we haven’t tried and enjoy nearly all of them. If I was asked to state my most and least favorite genres, my answer would be very quick. Least favorite is easy – trivia. I’ve never been good at recalling specific details on anything and was the type of person that would cram for a test, pass it and then go on to forget everything by the next period.

I’ve mentioned many times what my favorite game genre is. They’re typically referred to as abstract games, meaning they typically don’t have a theme and feature an even playing field for all participants. Think Chess or Checkers, two of the most recognizable examples of an abstract game. Sadly, abstracts aren’t a very popular game type with most of today’s publishers. It’s currently all about how many miniatures you can cram into a box or how “deluxe” you can make the components. Strategic game play seems to be a thing of the past.

Or it is? One publisher, Smirk & Laughter, is paving their own path with the release of a pure abstract game, Shobu. At a time where other publishers shun games of this style, they are seizing the opportunity to fill this void. And rather than bling it out with custom blown glass pieces and Italian marble boards, polished stones, wooden boards and a rope are the components of choice. 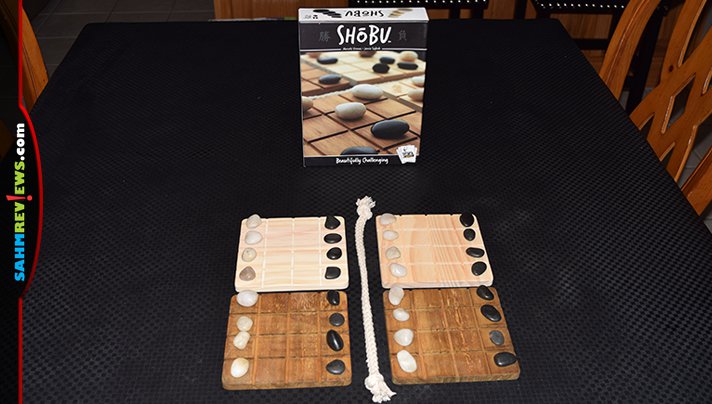 The object of Shobu is simple – be the first to push all of your opponent’s pieces off of one of the four boards. Setup the game by arranging the four wooden boards into a square with one of each color directly in front of each player. Populate each board with four white and four black stones lined up on the edge closest to the owning player. Place the rope between the four boards to help signify which are a player’s homeboards. 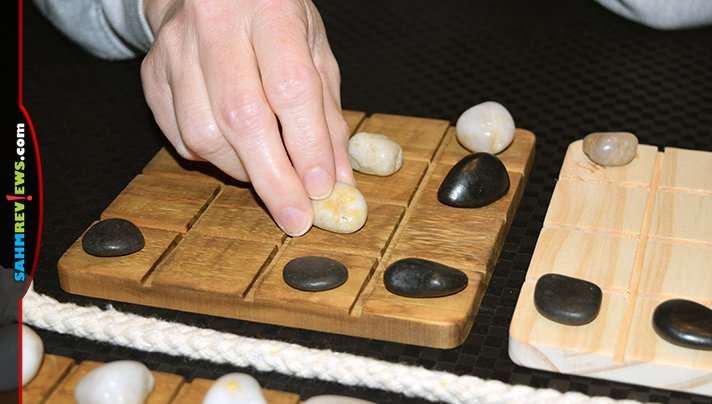 After a start player has been determined, each person will take turns moving not one, but two of their stones! Their move is divided up into two parts, which are referred to as “passive” and “aggressive”. The first move, the passive move, must occur on one of the two homeboards of the active player. The stone may be moved in any direction, including diagonally, one or two spaces. It may not leave the board, jump other pieces or run into stones owned by either player. The move must be completed freely without interruption of the stone’s path. 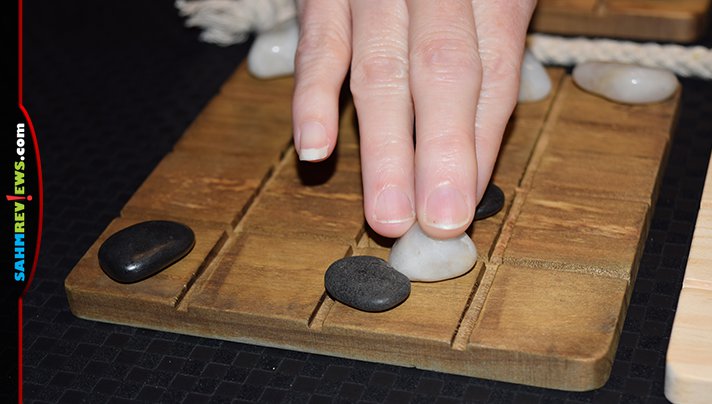 The second part of a turn is the aggressive move, and this must take place on one of the two boards of the opposite color from the passive move. The second stone must be moved in the exact same direction and the exact number of spaces as the passive stone. This is how opponent’s pieces are pushed as the active stone runs into it. However, the active player may not push more than one stone at a time. If their opponent’s stone is pushed off the edge of the board, it is removed from the game. 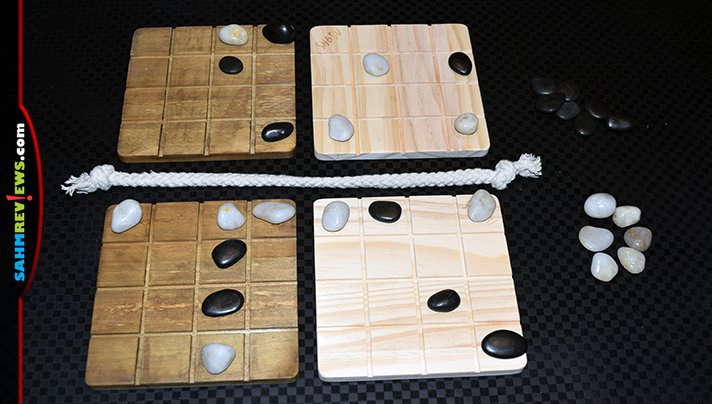 This limitation on movement, requiring a valid passive move to compliment an aggressive move, makes for a much more tactical game than appearances allow. Players take turns each moving two stones until one person is able to push off the final stone of their opponent’s from any of the four boards. That person is declared the winner of Shobu! 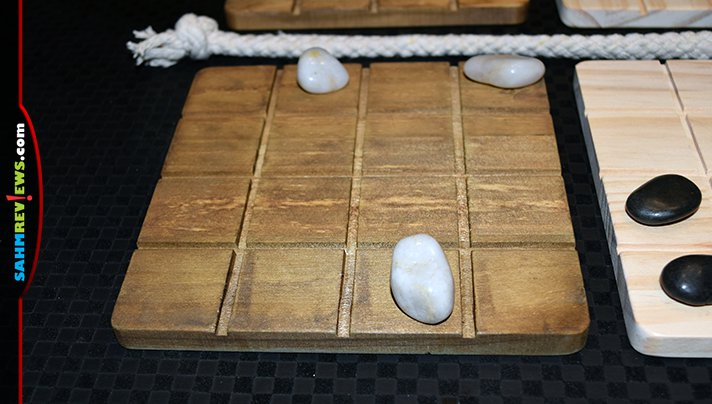 I’ve played a LOT of abstract games, both old and new, and Shobu does something we haven’t seen in a long time. It introduces a completely new movement method to the category (we’re calling it “mirrored movement”) and it will be interesting to see if others are able to incorporate this feature into other games. Until that happens, it is safe to call Shobu a modern classic. 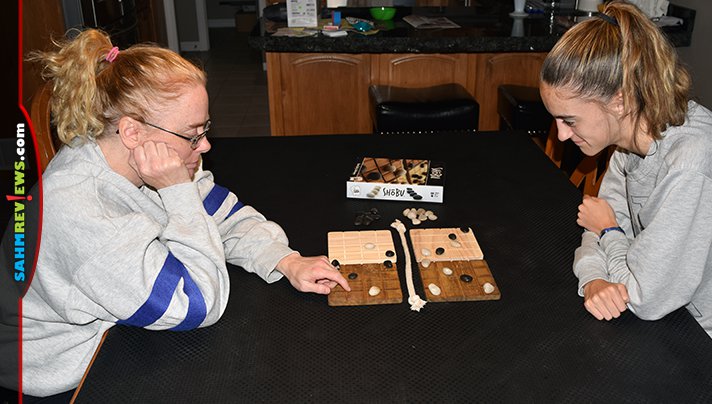 You will find Shobu for sale at your favorite local game store, direct from Smirk & Laughter on their website or through online retailers such as Amazon. Find out if they will start making games from other under-served genres by following them on Facebook or Twitter for their latest news!

What game types do you love that you can’t find any more?