If you’ve ever had a long car ride with siblings, no doubt you’ve played a round of “Would You Rather” or two. Although if I were to guess, it probably wasn’t an officially sanctioned or scored game and was more likely a form of sibling torture. I can’t be the only person who was subjected to questions like, “Would you rather I stick my finger in your ear or fart in your face?” When it comes to siblings, neither is usually a palatable option.

As an adult, our kids partake in this type of rivalry, but we give them a friendlier platform to do it. We encourage better options like That’s a Question. More recently, we introduced them to Would You Rather…? Prove It from Spin Master Games. In this version, it goes a step beyond just answering the question and sometimes you have to prove what you say. Let me explain. 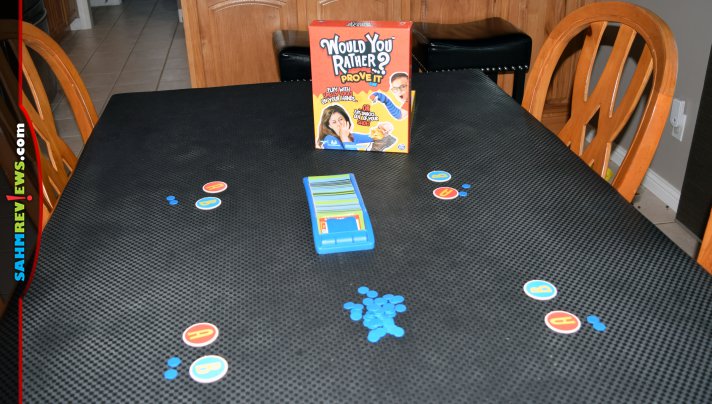 Setup for Would You Rather…? Prove It is extremely fast and simple, just like the game itself! Shuffle the cards and place them in the tray in the center of the table along with the scoring chips. Give each player voting tokens along with two scoring chips. 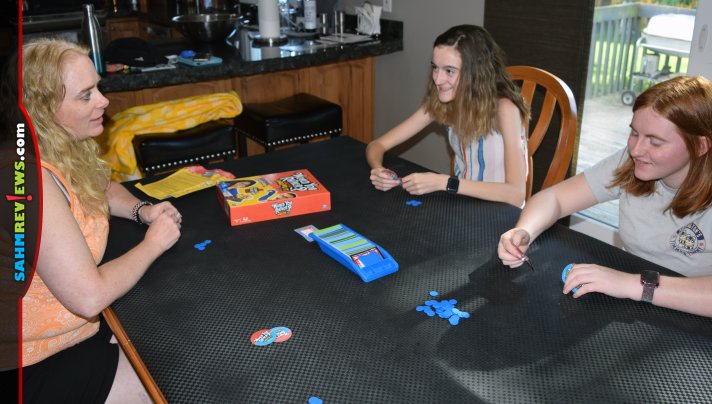 The starting player draws a card and reads it while the rest of the participants will be answering using the voting tokens. This version from the Would You Rather line is very family-friendly, but everyone takes turns reading. If you’ll have younger players, make plans to read on their behalf. 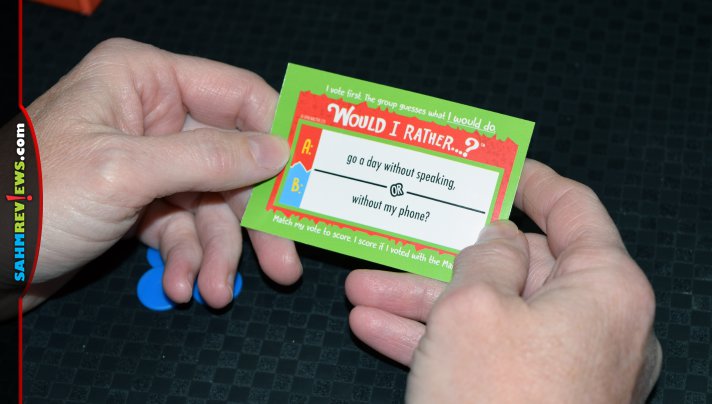 There are three types of cards in the game. Some are “Would I Rather?” which means the person reading the card. In the event that you’re reading for younger kids, make sure there’s no confusion about who you are answering for. When these cards come up, the person who reads the question will secretly answer first then everyone will vote and try to match. Players who do will earn a token. The card reader also earns a token if they match with the majority of guessers. 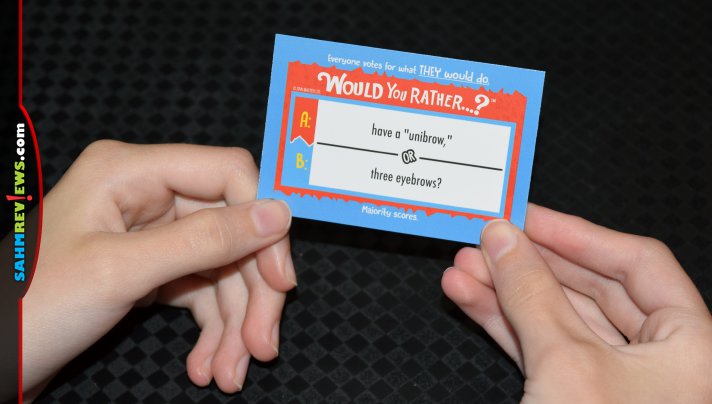 Some of the questions are labeled, “Would YOU Rather” referring to the people answering the questions. Anyone who answers in the majority wins a token. In the event of a tie, the card reader is the tiebreaker. 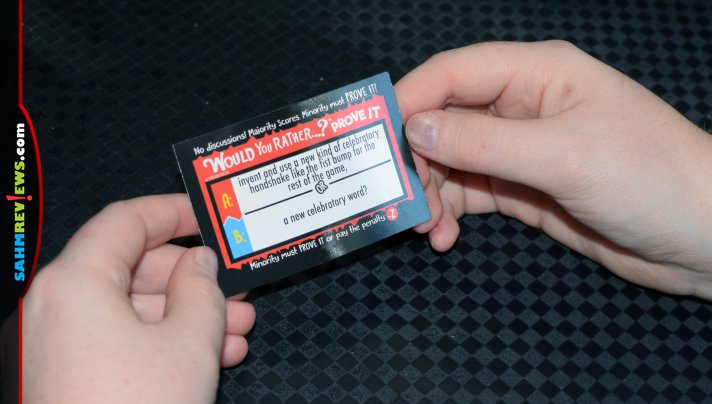 The final type of card is a “Prove it” question. The active player asks a “Would YOU Rather” question and everyone answers. After the active player reads the question, players use their voting tokens to secretly select A or B on what they would rather do. After all players have decided, the answers are revealed. 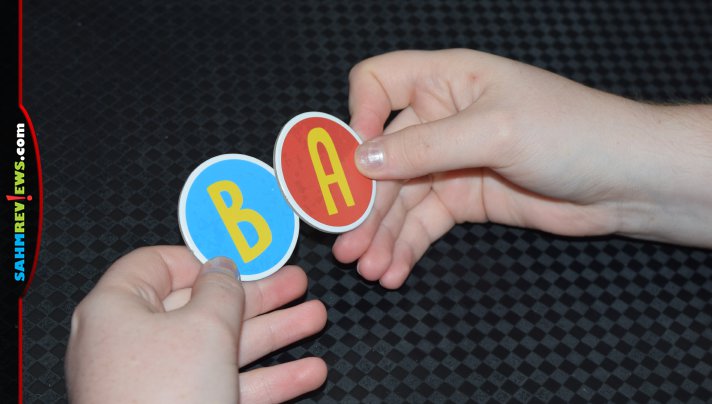 Vote in the majority and earn a chip. Vote in the minority and you’ll have to prove it by actually doing it or opt to lose two chips instead. Don’t worry, these aren’t risque truth-or-dare type questions. They include things like “Take a video of you reading the ingredients of a food item super seriously.” or “a video of you smelling your finger.”

The first player to amass ten scoring chips wins the game. Much more enjoyable than the sibling version so many of us know, Would You Rather…? Prove It is available on Amazon or you can check with your local mass merchandiser. Visit Spin Master Games to see the many other varieties of this title along with several other family-friendly games. Check them out on Facebook and Twitter to see updates on the many licensed products they carry.

Would you rather play a game with family members or with friends?