In January of last year we found a copy of Blokus at our local Goodwill. At the time I mentioned how I had been playing the app on my iPad for quite a while, not realizing it was a board game. Since then I’ve discovered just how popular the game is among friends and family. It is certainly deserving of the word “classic” when referring to it. 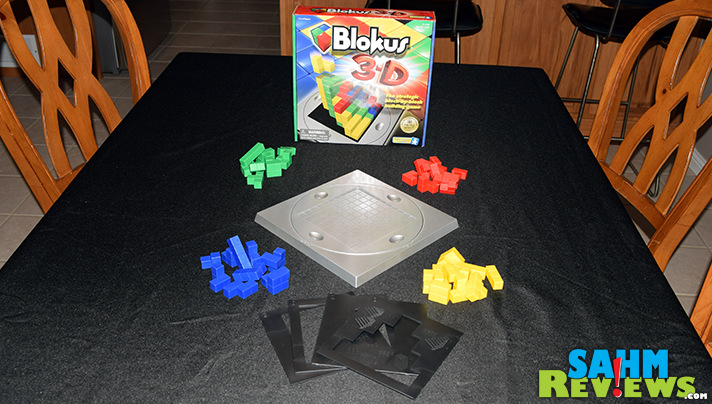 When researching the article I discovered there were a couple versions of Blokus issued to capitalize on the games’ popularity. There’s a triangle-shaped version we haven’t seen yet and the one we found this month – Blokus 3D. I knew it was a particularly popular version as secondary prices on eBay were multiples of the original MSRP. So finding it at thrift for a couple bucks was exciting for us. Turns out it is nearly as fun as the original! 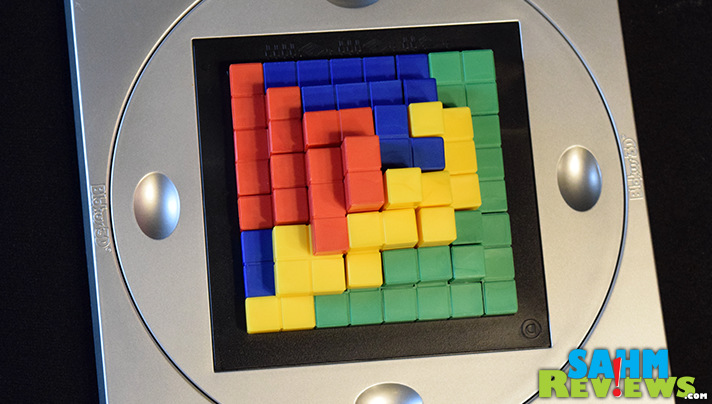 Blokus 3D comes with a custom rotating board, four unique templates, 44 three-dimensional blocks in four colors and a storage tray. Your goal is simple – be able to see your color in more squares than your opponent when looking at the final structure from the top down. 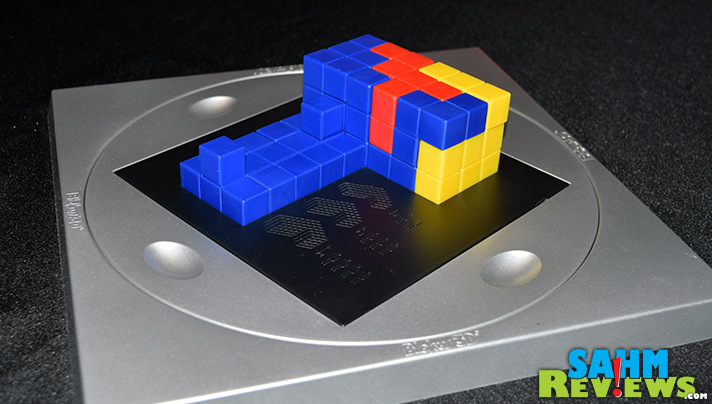 Each template has its own rules imprinted on the plastic denoting the height restriction, which depends upon the number of players (up to four). On each player’s turn they will place one of their blocks onto the pile.  They cannot be placed just anywhere as there are limitations that must be followed. 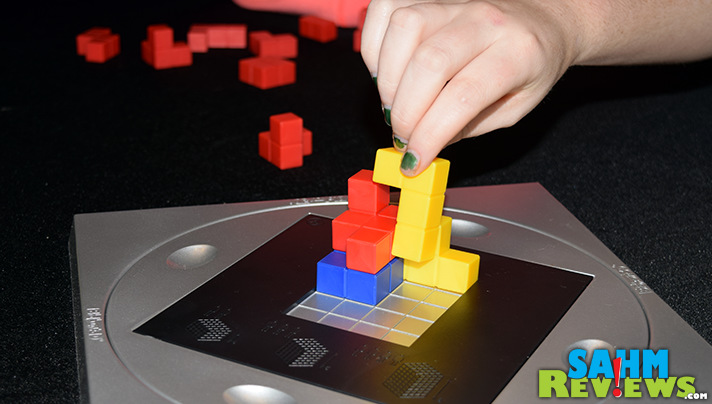 Except for the first turn where you simply place your block next to any opponent’s, each subsequent block you lay must have at least one face touching the face of another block. You have to imagine the block falling from above, straight down until it reaches the board. No empty spaces or gaps are allowed, meaning the block must fit perfectly. 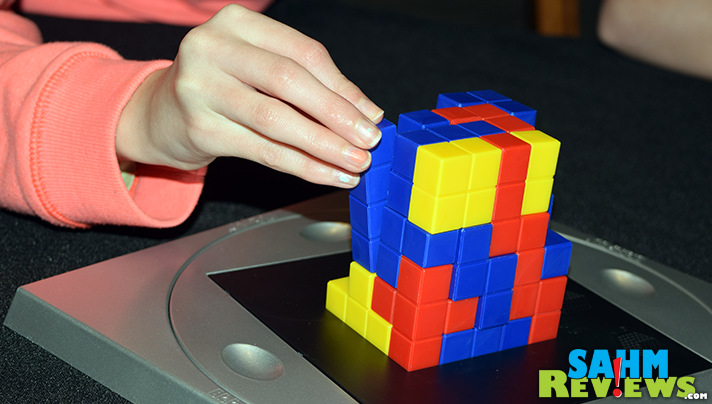 Height is a restriction in Blokus 3D as well. The overall height of the structure cannot exceed the limitation set forth by the number of players. The blocks also must remain inside the template (they can’t hang over the edge) and must also follow the pattern dictated by the template (build steps or a pyramid). 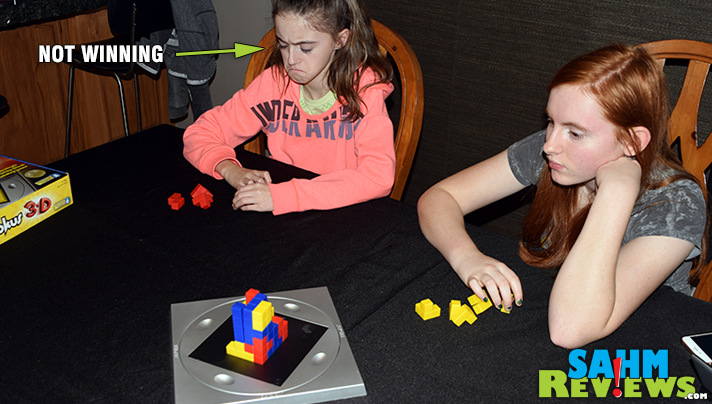 Players continue taking turns until they can no longer play a block. When that happens, they are out for the rest of the game. Once everyone has played as many as possible, the player with the most blocks seen from above is the winner!

Originally available under a different name (Rumis), Blokus 3D has been issued by a number of publishers since its introduction in 2008. Ours was made by Educational Insights, but there are copies created by Mattel, Winning Moves and more. Currently out of production, your best option is to watch for deals on eBay. Right now there are complete copies ranging from under $10 all the way up to well over $200, so there are deals to be had with a little patience.

Which would you prefer, the 2D or 3D version of Blokus?