It’s a new year and with that comes the excitement of advancements in innovation, medicine, science and technology, new and improved products, and changes in trends of everything from fashion to food. There will be births and there will be deaths. Each year also brings with it the possibility of change in politics, economics and war around the globe. Each day adds another page to the history books.

So it only makes sense that charities offer trivia nights and game publishers release an ever changing landscape of historical and trivia games and updates. While I wasn’t great at the subject in school, I’ve developed a fondness towards strategy games with a historical theme and welcome the opportunity to improve my knowledge in a fun and unconventional way. 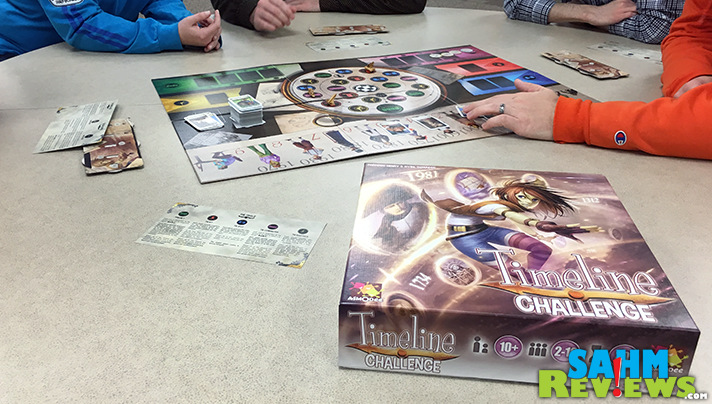 We regularly see trivia games at the thrift store and have several in our collection. Unfortunately, they often focus on pop culture (of the time) making many of the questions dated. We recently told you about PopStream that incorporates a digital component, allowing it to stay updated while avoiding the weighty cards that are a primary component of most trivia games. As a family we prefer tactile board games, but most of the historical games we have played have been war-related. It was a pleasant surprise to see Asmodee expand their Timeline series of games into the Timeline Challenge card game which includes a board, tokens and a more complex scoring system. 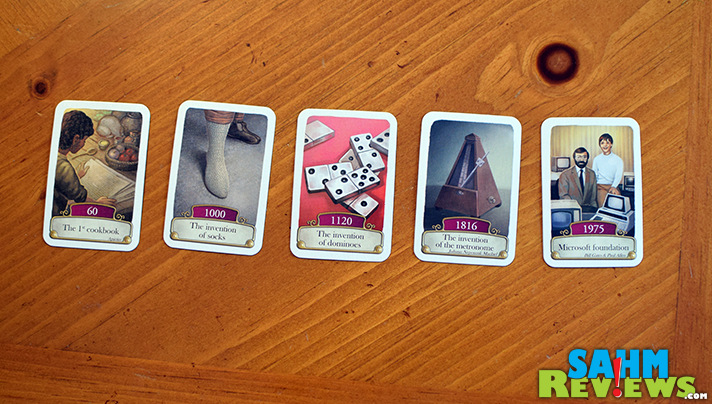 For those of you not familiar with the original Timeline card games, the basis is simple. Everyone gets a hand of cards then each player takes turns placing them in the center of the table in their corresponding place on the timeline of previously played cards. There are a number of different themes/tins including inventions, music/cinema, historical events, discoveries and more. It’s literally a matter of selecting one of your cards and placing it in-between two existing cards. The answer is black and white. Either you are right or you are wrong. Your success is all contingent on your knowledge or your ability to make an educated guess. 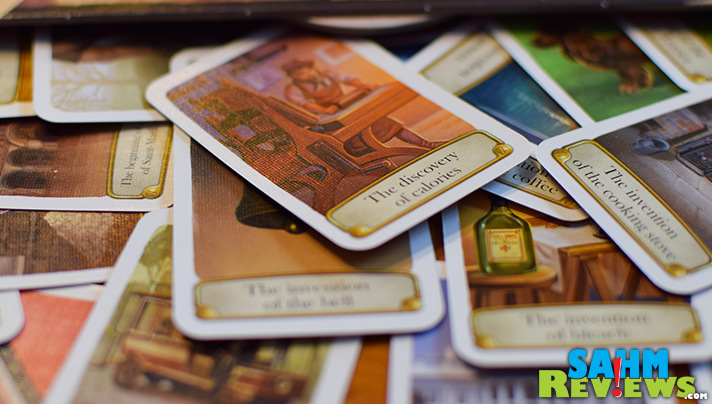 I’ll be the first to admit that the original game made me pretty aware of how much I did NOT learn about history. But Timeline Challenge gives more depth than just knowing what order things happened. The game utilizes a board and is designed around a series of different trials – mini challenges – that provide more opportunities to get the right answer. Each round all the players involved are trying to get the answer correct using the same event cards. In some instances, everyone can score. In other instances, the person who is closest scores.

As an example, the green section asks players to utilize their historical board and rotate the dials to indicate which of the 10 time frame brackets each of the cards falls into. Did it happen between 850-1300 (bracket #2) or 1300-1600 (bracket #3)? For each one of the four cards you get correct, you score a point.

Whereas with the Split trial, two cards are placed on the board and the challenge is to determine how many years transpired between the two events. For each reel on the marker board that you are correct, your token moves that number of spaces. So you can take an estimated guess and still potentially score a few points. 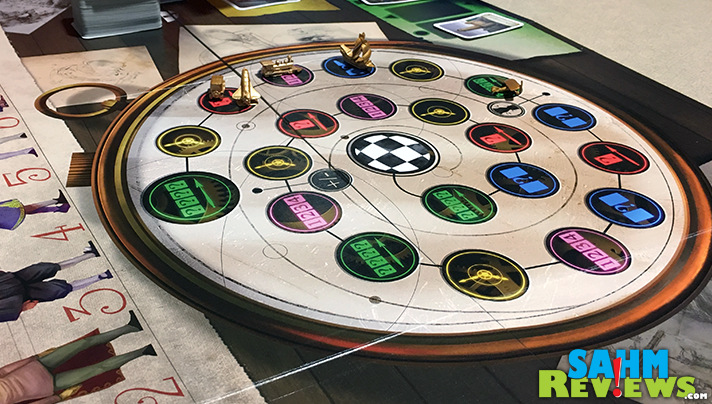 One thing that I like most about Timeline Challenge is that multiple people can play either as individuals or as teams. It’s a lot of fun to hash out with a partner when something happened, comparing details and knowledge in hopes of getting the right answers. The game has built-in leveling places that allow the individuals furthest behind a few opportunities to catch up. In those instances, the player(s) in first or second aren’t allowed to compete for that round.

We’ve played Timeline Challenge a number of times at game night and it has received rave reviews. A few people said they couldn’t wait to add it to their game collection! I have to agree… it’s been a great addition to ours. The bonus is that we can continue to add or utilize individual Timeline themes in addition to those that came with the game. This will allow us to increase the replay value.

Do you fare well when asked history questions?