How many of you have played Tic-Tac-Toe? Everyone, right? Probably just as many have tried out Connect 4 at one time or another. Both of these games are similar in that your goal is to line up three (or four) of your symbols/pieces in a row while preventing your opponent from doing the same thing. It has been my experience that both of these games have an obvious flaw in them – the player going first has a distinct advantage. In fact, for Tic-Tac-Toe it has been proven that if each player plays the best possible move, it will always end in a draw. 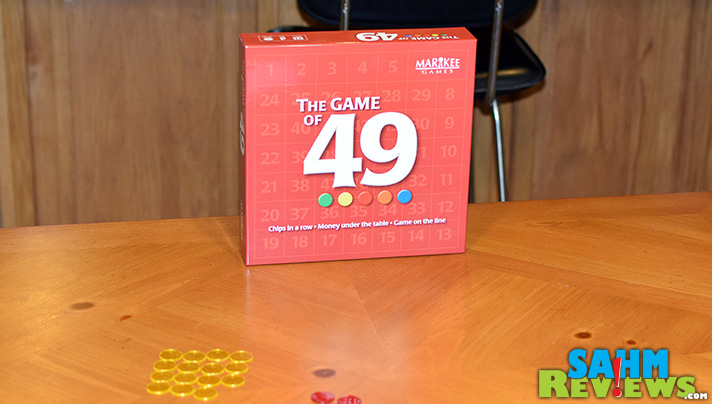 This past summer at Gen Con we came across a variation of this type of ‘line them up’ game that not only evened the playing field, introduced a bidding mechanic that took the game to a new level. Game of 49 by Markee Games was originally a small Kickstarter campaign that successfully funded in 2014. Their low goal of only $4900 all but assured their success, and in the end they raised nearly double that – over $7700! 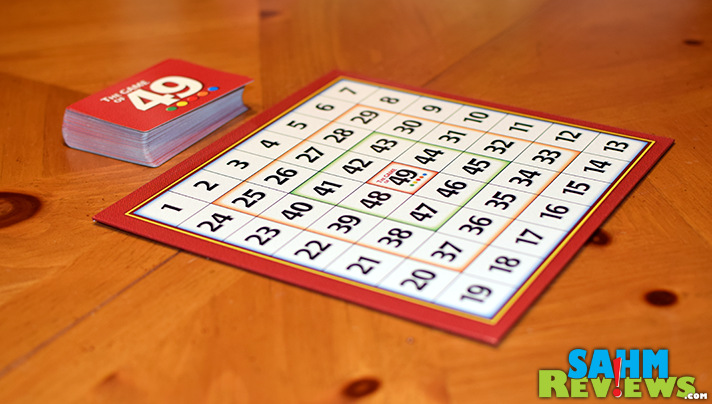 Game of 49 is a family-friendly game similar in many facets to one of our favorites, Sequence. Again, your goal is to line up four of your colored plastic tokens on the board before your opponents do. The board is comprised of 49 numbered squares, and each square has a matching card in the included deck of cards. The deck is shuffled and each player receives their stack of tokens and a starting amount of $49. 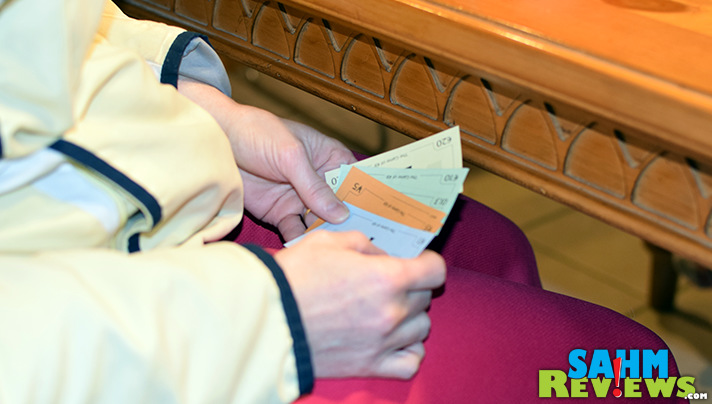 On each player’s turn, a card is drawn from the top of the deck. This card will show the space on the board you are bidding on. In turn, each player either bids (raises) or passes on the card. Ultimately the person who bids the highest wins the spot on the board and places their token in that location. Of course, every player hides their money so no one knows how much you have. 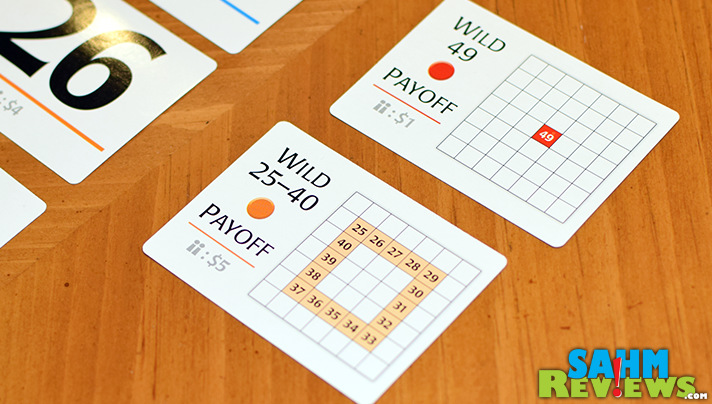 Simple enough, but there are a couple curveballs the game will throw you. Remember, you only start with $49, so spend too much too early and you’ll find yourself unable to outbid anyone. But randomly seeded in the deck are also various wild cards (12 in total). Not only are these hot commodities during the auction stage, after the conclusion of that round every player receives a payoff of $7 for each token they have on the board (up to a max of $49). 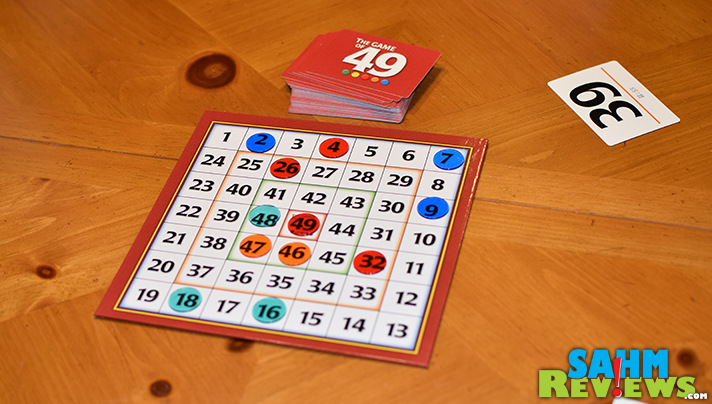 So if you decide to hold off on bidding early (like I did) thinking you’d have more money than the rest of the players, you’ll be disappointed when a payoff card comes up and everyone else banks while you receive nothing. Yeah, I won’t be using that strategy again…

Game of 49 is a very solid family game that really adds some complexity to the standard “line-em-up” type of game. The need to balance spending vs. potential revenue requires tactics that will change as more of the payoff cards are revealed. Of course, you also must depend on the luck of the draw – you can have three in a row for a LONG time and never get the right card to come up to auction. 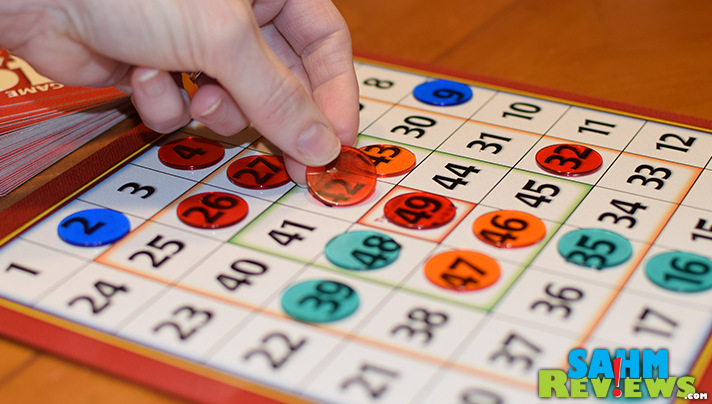 You can purchase Game of 49 direct from the creator on their website or direct from the publisher for only $25. Want to see it in person? Check out their Facebook page to see which convention they’ll be demonstrating at next. Like Sequence, it is a title that is very easily taught to non-gamers, but with enough complexity to not get boring. The bidding stage is a wonderful social aspect that makes it perfect for a family & friend game night. I’ll bet if you ask nicely they’d even be willing to sell you two copies for $49!