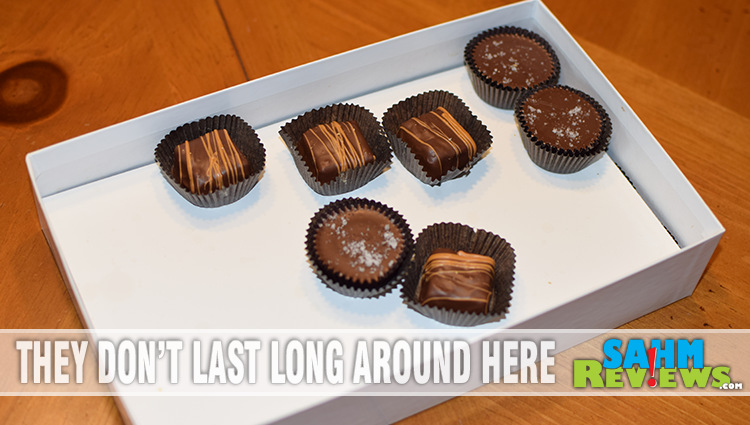 We’ve played a lot of games with different themes over the years. Pirates seems to be one of our favorites, but that doesn’t mean we don’t try out others. Of course there are the zombie-themed games, ones that let you take on the role of a life-saver and even titles that put you in the seat of a robot-controlling scientist! Heck, one of our favorite 2-player games of the year was a Tetris-like tile game that has you making a quilt! But I can honestly say that we’ve never had one about chocolate. Especially the making of our favorite dessert flavor from pod to finished product. King Chocolate by Mayfair Games now fills that void. 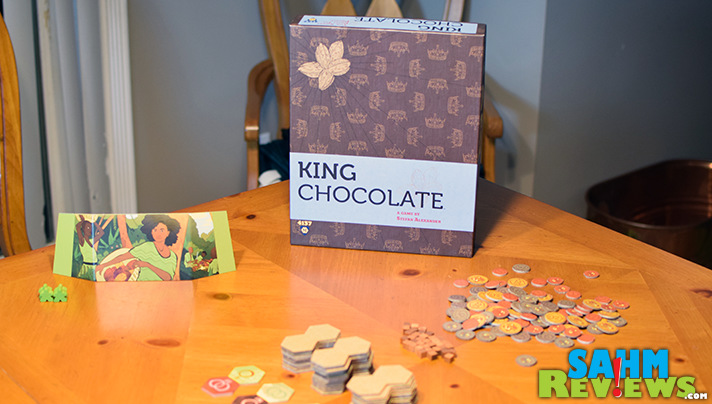 Just released in November, King Chocolate is already proving to be a solid release from first-time designer,
Stefan Alexander. As in the real world, this is all about obtaining the most money by the end of the game. To do so you must carefully plan the movement of resources throughout the different manufacturing stages, while preventing your opponents from doing the same. 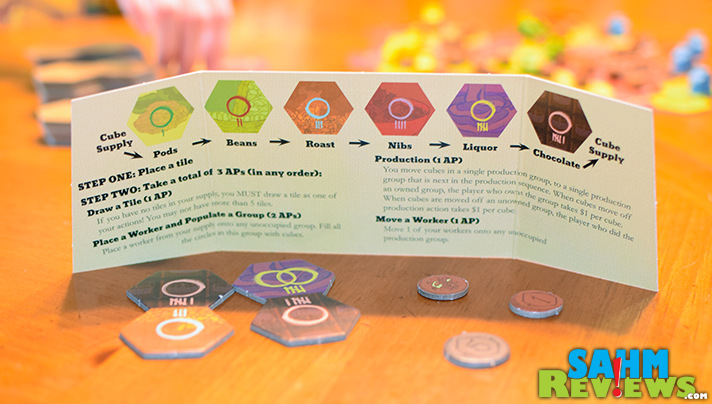 Every player receives three starting tiles, four workers and a shield in which to hide them from the other players. On your turn you first must place a tile anywhere on the play field. Colors don’t have to match – the only rule is one edge must touch a tile already on the board (no islands). 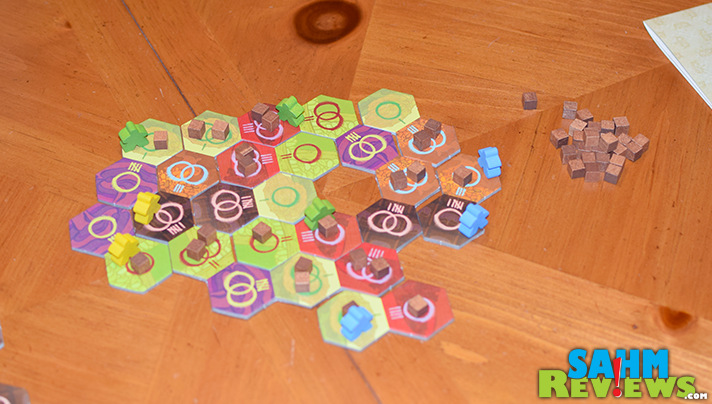 Each stage of the manufacturing process is represented by the color of the hex and a number printed on it from one through six. There are also either one or two circles printed on the tiles which limit the number of cacao cubes that can be placed there. 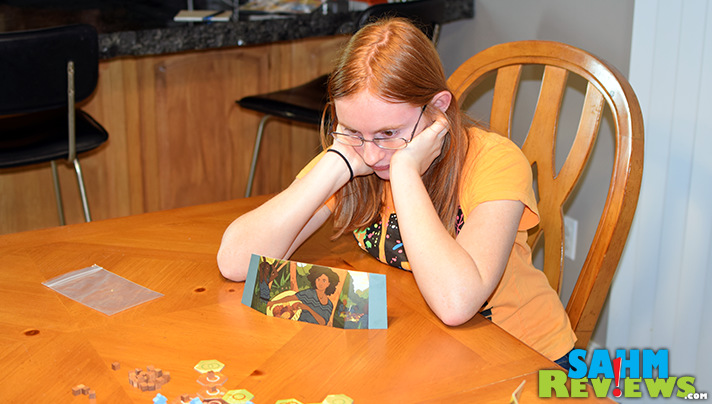 After you place your tile, you are allowed up to three actions on your turn. First, you may draw another tile to your inventory (which is a requirement if you have zero behind your shield). You might also elect to place one of your workers on the board. When doing this, he takes over a group of hexes of matching color. You then get to fill all of those circles in that group with cubes. 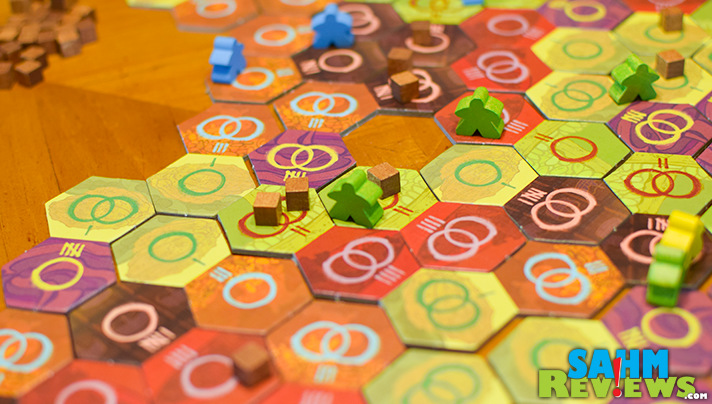 The other two action options are to either move a worker from one group to another unoccupied group or to enter production. Production is where the money is earned and you’ll find yourself taking this action quite often. When you produce, you move all cubes from one group to the next numbered group. If there is a worker on the lower group, that person receives one dollar for every cube moved. If it is owned by you or unoccupied, then you receive the money.

Sounds simple, right? Learning King Chocolate is very easy, but because of the intermixing of the different manufacturing groups and opponents’ workers, is very difficult to get a commanding lead. Each time we’ve played the final score has one been separated by a few points. 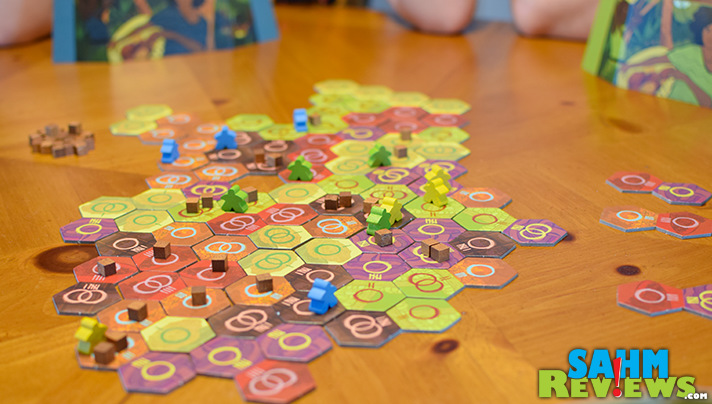 But again, the best part about the game is the theme. There are so many science fiction, fantasy and medieval game choices out there, it is refreshing to find one that will appeal to all ages and backgrounds. I mean, who doesn’t love chocolate?!

You can find King Chocolate for sale at your local game store or direct from Mayfair Games. Supporting up to five players and taking under an hour, it is the perfect game to pull out after dinner. It is screaming for some house rules though – we suggest grabbing some M&M’s and eating them after every successful move off of the final manufacturing stage. Or better yet, use them instead of the cubes! That’s an incentive that would have this on the table every night!