If you play many games, there are probably times that you think to yourself, “I’ve played something an awful lot like this before.” I’m not referring to the many variations of Scrabble, for example. Those are based on the original game, but always very different. In this case, I’m talking about a game that is essentially the same product, but with a few minor alterations. Star Realms and Hero Realms are a perfect example of “reimplementation”. Scott touched on this idea last week when he shared an overview of Santorini: New York board game and I touched on this when I wrote about That’s Pretty Clever and Twice As Clever dice games early last year. We just stumbled across it again with Bravo! from Stronghold Games. It’s a reimplementation of the Encore! dice game we shared about last fall. So why are we now covering a game so similar? Because I can’t get enough of roll and write games and I am always intrigued by how small changes can give a game such a different feel.

You have to applaud the ease of setup with roll and write games like Bravo! Give each player a score sheet and pen. Hand all the dice to whomever is designated the first player and you’re ready to roll. Literally. 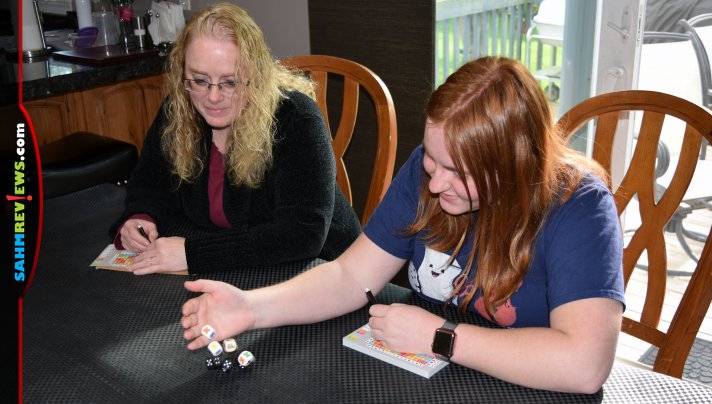 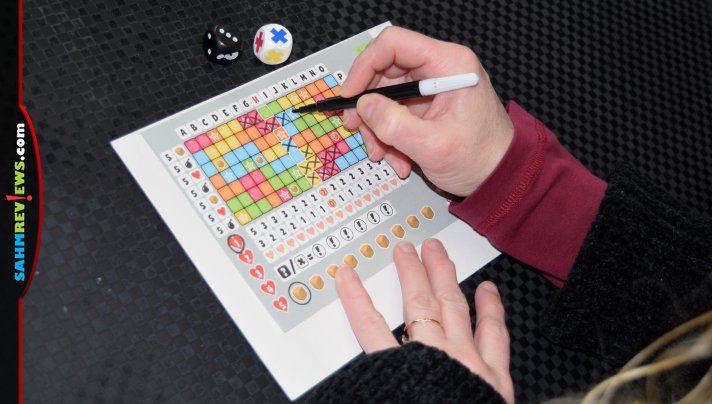 If the results of the roll aren’t good for you, you can pass. Otherwise, select one color and one number die then fill in the associated spaces on your score sheet. You’ll mark off continuously connected squares that correspond to the dice you selected. When you fill in the squares, they need to either be in the starting column (H) or orthogonally connected to a square already marked off. In addition, you have to fill in exactly the number on the die. So if you have a color section that is four, but you select a five, then you’ll have to mark off a different area of that color. 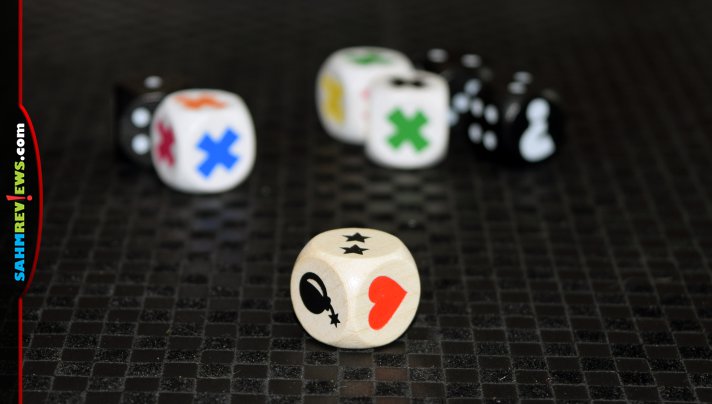 As you fill in squares, you mark off stars and crates. Unfilled stars at the end of the game count as negative points so it’s important to keep that in mind. Each time you cover a square that contains a crate, you circle one on the score sheet. The boxes allow you to select the special die. Those give you the ability to mark multiple spaces in a single row, check off two star squares, detonate a bomb to mark off up to four spaces of any color in a 2×2 grid or check off a heart icon. Each time you finish a column, you earn bonus points for the value of your current “heart” level.

After each player has selected for the round, players examine their completed rows and columns. The goal is earn the most points by completing rows, columns and colors. The first player (or players if it’s accomplished in the same round) earns the top tier points or bonus. All other players cross out the top value but may later earn the lower point value. The game continues until one player completes their second color. At that time, all players tabulate their final scores. If you’ve read about Encore! then you can see many similarities. Bravo! has that extra layer of bonuses available which makes it better for more experienced players. If you’re ready to add this game to your collection, pick up a copy on Amazon or check with your local game store. Visit Stronghold Games on Facebook and Twitter to find out what other new releases are coming out soon! We think you’ll yell “Bravo!” with the news that we’re running a giveaway for a copy of the game for one lucky SahmReviews.com reader!