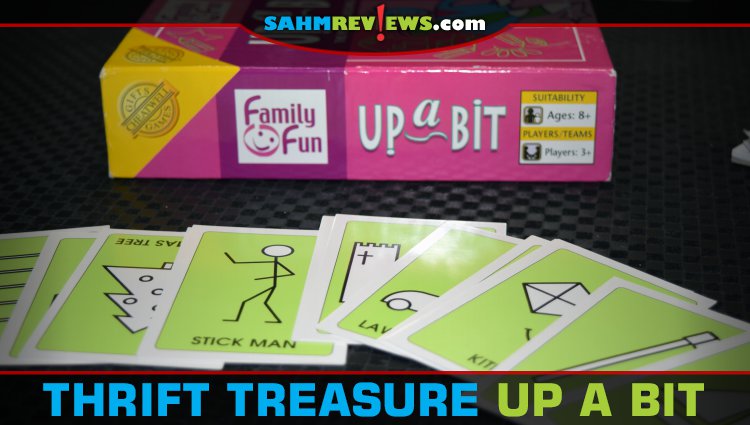 This week’s Thrift Treasure find is proof that there are few new game ideas in the market. Everything has always been done at least once. Most new games are just variations of a title issued years before. Up a Bit by Cheatwell Games & Outset Media is good example of a game that expands on the drawing game genre and utilizes mechanics that are still being incorporated into new games. 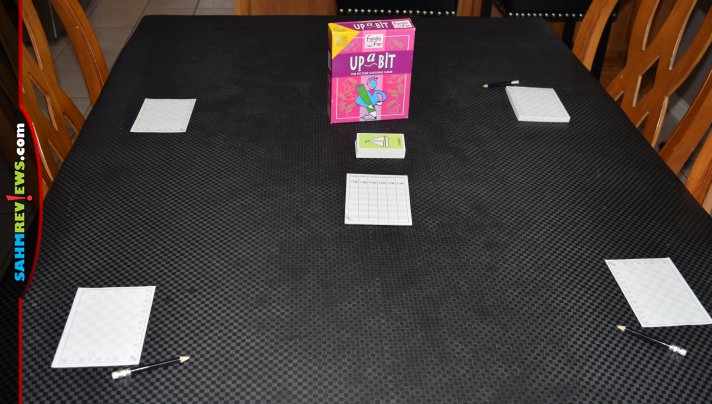 Up a Bit was originally published in 2004 and is designed for three or more players. Only four pencils are included in the box, so you’ll need to scrounge up more if you have a larger group. The game also utilizes a timer, which also isn’t included. The instructions suggest finding a stopwatch, which certainly would have been much more difficult in 2004 than pulling up a phone app today. Each player receives a grid sheet from the drawing pad and the deck of 50 picture cards are shuffled and placed within reach of all participants. 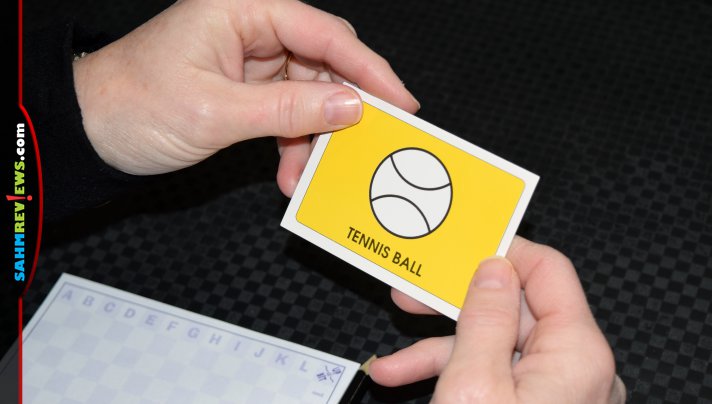 The oldest player begins the game by drawing one of the cards and studying the object depicted on the opposite side. They have five minutes to describe the image but may not give any clues as to what it is. Their only instructions are how to draw the item and they may not look at what is being drawn by the other players. 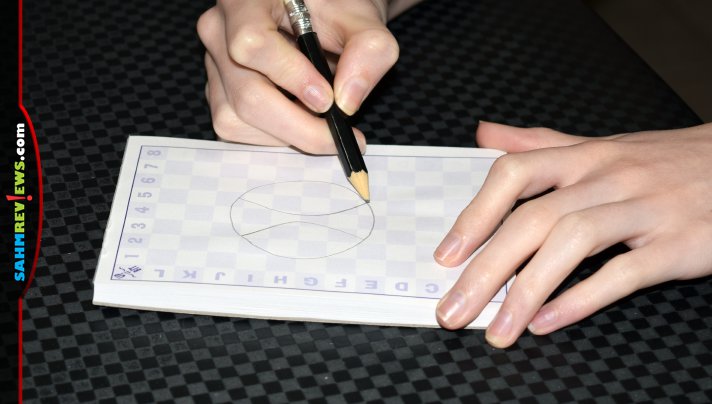 Everyone else is trying to draw the item based upon the active player’s instructions. The round ends when the timer expires, or someone correctly guesses the object on the card. Each player has five guesses as to what they are drawing. Guess incorrectly five times and you are out of the round. 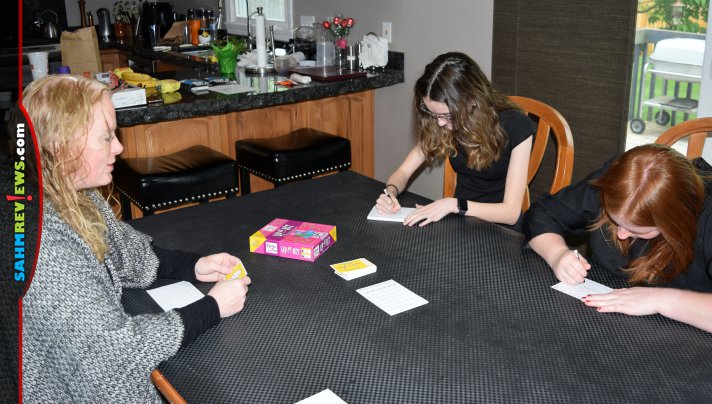 If someone successfully guesses the image, both that person and the active player each receive one point. An additional point is awarded to the active player if their description did not reference the grid letters/numbers on the paper during their turn. If no one has any idea of what the object was, the active player loses a point! They’ll also be penalized for breaking the rules about how to give the description.

Scores are kept track of on the included score sheet. A full game of Up a Bit is played until everyone has had the chance of being the active player twice (six or fewer players) or once each (seven or more). The person with the highest overall total at the end of the game is the winner of Up a Bit!

Unlike most of our other Thrift Treasure features, Up a Bit is still available brand new on Amazon in a more modern box. You might get lucky and find examples at thrift, but in this case we’d recommend springing for the latest version since the price is so attractive. Just make sure you have a stopwatch app handy!

What is your favorite drawing game?

One comment on “Thrift Treasure: Up a Bit Drawing Game”