This past fall I was on a roll (ha! foreshadowing) when I shared about several roll and write games including Lanterns Dice, Kingdomino Duel and Bloom dice games.They’re a far cry from the traditional game of Yahtzee that we grew up with. As much as I enjoy that classic, unless you’re playing Challenge Yahtzee, you spend most of your time waiting for your opponents to take their turns. Not all games are like that. 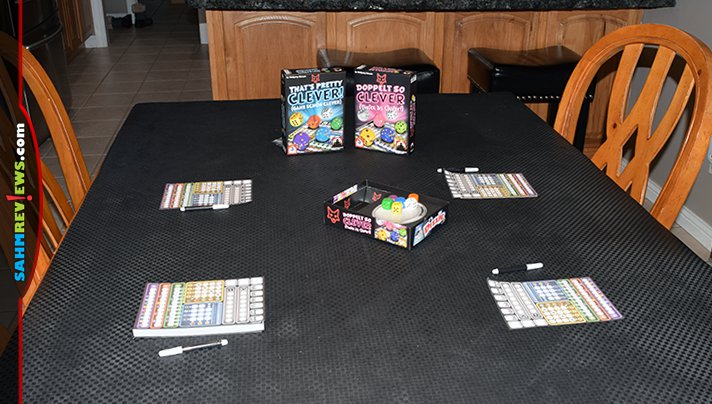 Games continue to make improvements on old classics and that’s what we see with That’s Pretty Clever and Twice as Clever dice games from Stronghold Games. Setup for both of these games is exactly the same. Open the box, give everyone a pen and worksheet then hand the dice to the first player. Place the “metal” tray in the center of the table. That’s it. That’s the entire setup. Whether you’re playing a solo round or with up to three other players, setup is that easy. 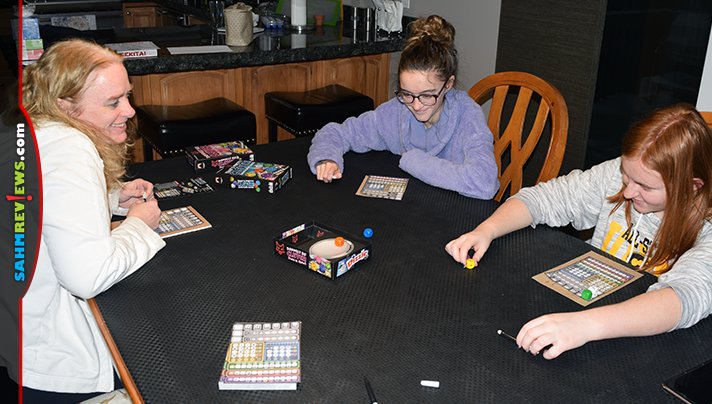 The goal of the game is to score the most points after the specified number of rounds. Solo and duel games go for six rounds. With three players, everyone gets five turns as the active player. You’ll only get four chances as the starting player.

The score sheet is broken down into six parts. You’ll be working to fill in the various sections to maximize the number of points you earn. The top grey section tracks rounds and bonuses in addition to storing dice on your turn. The yellow and blue sections are kind of a free-for-all when it comes to marking off the spaces. When it comes to the green, orange and purple sections, you work from left to right.

On your turn, you’ll roll all the dice. Based on the results, you’ll evaluate which one die is the most beneficial to you. and place it on the first box on your score sheet. Unlike other games, you don’t simply get to pick up the remaining dice and re-roll. That’s one of the things that makes this game earn it’s clever name. When you select a die, examine the remaining and take any that display less pips and place them on the silver tray. Not only will you NOT get to re-roll those, but your opponents will have access to them! So if you select a four then all dice 1, 2 and 3 dice are placed on the tray. 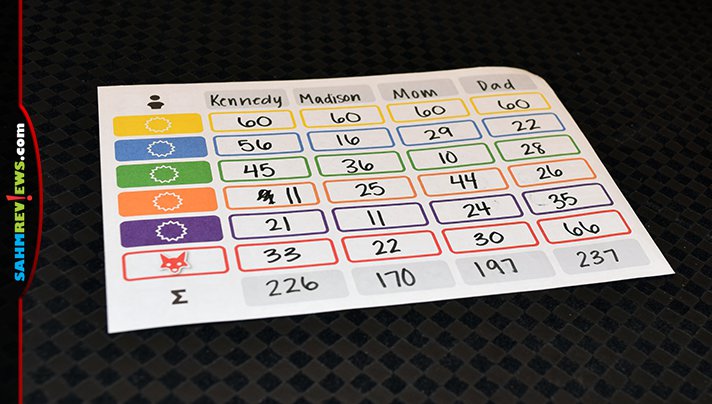 You’ll have three total rolls and selections, recording them on your score sheet as they are collected. While you are recording this, your opponents simultaneously decide on one die from the tray and record it on their own score sheet. (Multiple opponents can select the same die from the tray.) This keeps all players engaged when it isn’t their turn. It also makes you consider what you’re giving other players. The various colored sections score differently from each other and are triggered by the corresponding colored die. The white die is wild and can be used in any section or combined with a blue die to create one of the higher sums in the blue section. There are also bonuses and actions available that include taking an extra die, re-rolling or filling in an extra space. 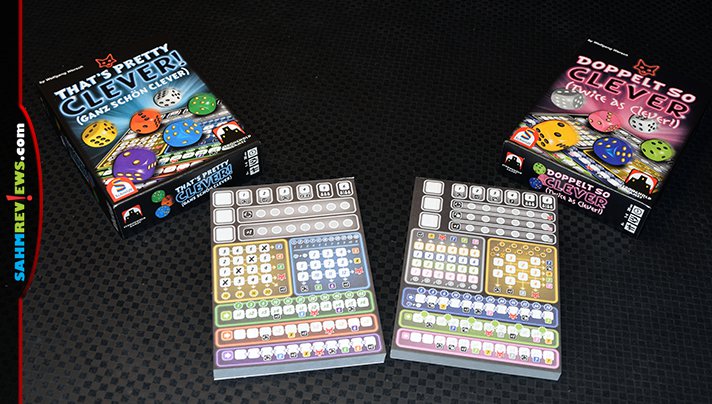 Twice as Clever is generally the same game except there is different scoring grid and some different colored dice. The biggest difference is with a special silver die. When you select the silver die, you can mark the silver section for any dice that are moved to the tray as a result of selecting that die. Despite the similarities, it’s nice to have an alternate scoring method to keep things interesting. This is helpful if you have players who are resistant to trying new games. It’s similar enough to its predecessor that it’s easy to mitigate any dissent about trying a different game.

That’s Pretty Clever dice game as well as its followup, Twice As Clever, are available on Amazon. Check with your local retailer to see if they have it in stock as well. Stop by Twitter and Facebook to see what else Stronghold has rolling out. Looking for another excellent game from their product line? Read our overview of Second Chance! You’ll be able to compare the version yourself if you’re the winner of this prize package. One lucky reader will receive not just That’s Pretty Clever dice game, but also Twice As Clever! Use the form below to enter!