While the United States can claim to be home to many amazing game designers, the game community in Europe is very robust. It’s not uncommon for a game publisher to license an entire line of products from someone in another country. If someone says they played a roll and write game from Stronghold Games, you may be compelled to ask, “Which one?” We’ve told you about several including Dizzle, Brikks and That’s Pretty Clever. We’re following those up with another which, ironically, is named Encore! 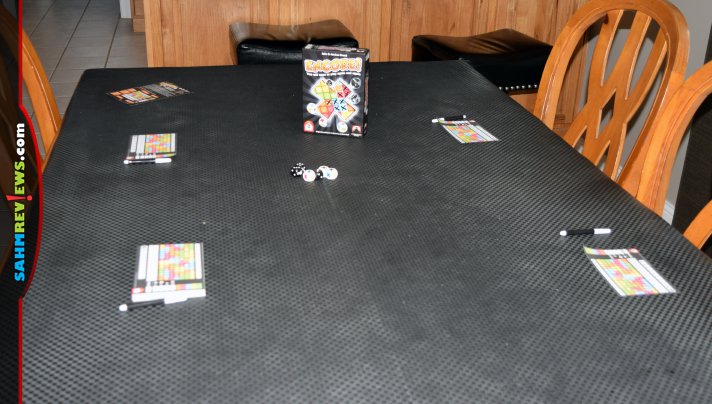 Encore! roll and write game has some similarities to the others we have told you about. One example is that you’ll be making selections even during your opponents’ turns. This keeps everyone engaged and paying attention when it isn’t their turn. That’s pretty important, especially if you are playing with younger kids. Setup is as simple as giving everyone a sheet from the scoring pad and a pen. Select a starting player and hand that person all the dice. 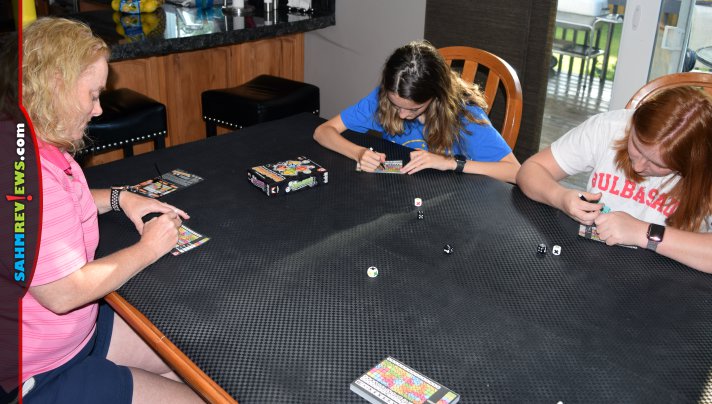 The first player rolls all the dice to begin. Results may include numbers one through five and any of the colors on the card. In addition, there are question marks and black X’s that serve as wild cards. The goal is to fill up columns and complete colors to earn points. The first person to finish filling in all the spaces on a column or a specific color first earns the higher point value listed. All other players have the potential to earn less points for achieving that same goal. 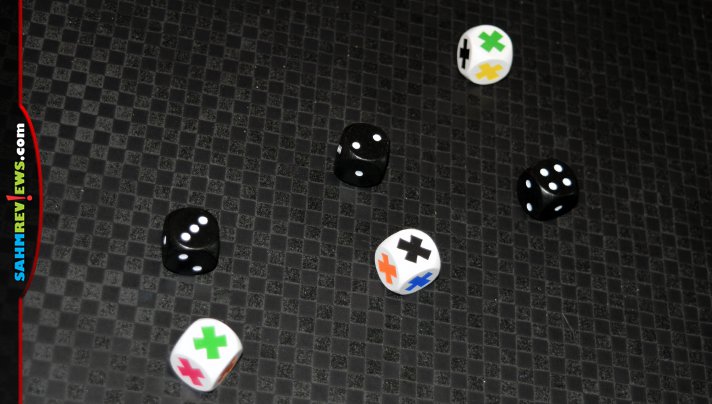 After the active player rolls the dice, that person selects one number and one color die. The color die represents the color of spaces you’ll be filling in while the number indicates how many spaces must be marked off. In order to mark them off, one of the spaces needs to either be in the “H” column or orthogonally connected to a space that’s already been checked. If you select one of the jokers (wild cards), you must also mark off one of the exclamation points on your score sheet. 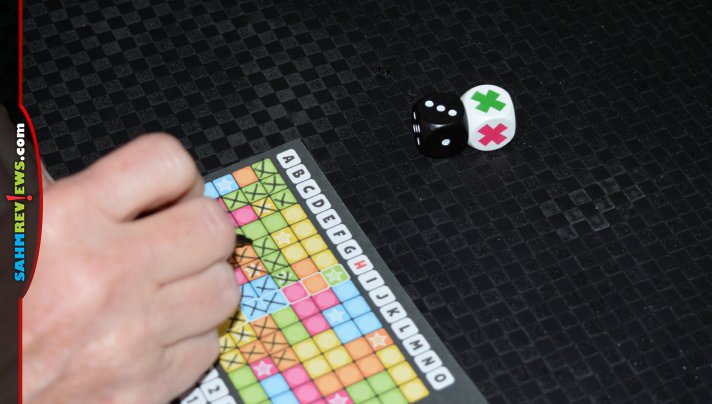 Once the active player removes their dice from the pool, all other players may select any combination from the remaining dice. Simultaneously mark off the designated spaces on your scorecard. If you don’t want to or cannot take a valid action then you must pass. 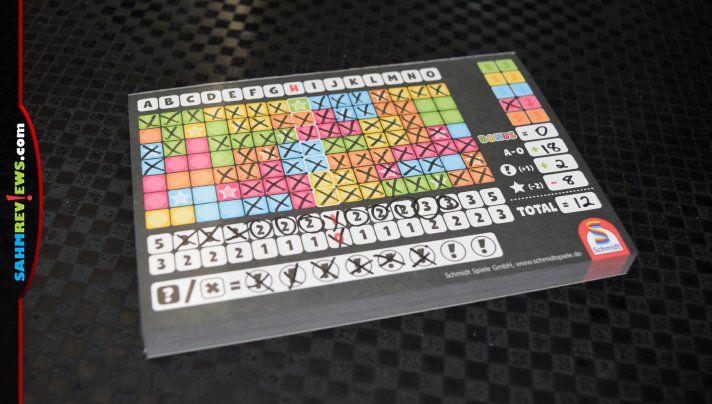 If you’ve completed a column or color, circle the top points then notify your opponents so they know they can no longer earn the higher point value. Play passes clockwise until one player completes their second color bonus. Tabulate the points you earned in the color fields and write it in the designated spot on the score sheet. Do the same with columns. Earn one point for each unused exclamation point then deduce two points for each star that you were unable to cover. The player with the most points is obviously the winner.

We’ve played several of the roll and writes from this series and this one has been my favorite of the bunch. It’s easy to play, everyone stays involved and it’s quick enough to fit into a busy schedule. You can pick up your own copy of Encore! wherever you shop for games locally or online from Amazon. We’re excited to offer the opportunity for one reader to win a copy. Use the form below to enter then make an encore appearance on our site each day to earn additional entries and increase your chances of winning!