After sharing our Cave Paintings game overview, I got to thinking about how drawing games are usually set up in one of two ways. Either you’re on teams or it’s every man for himself. You don’t see solo mode drawing games, (hello, that’s called sketching) nor do you see cooperative drawing games. Maybe there have been some out there in the past, but when I learned about Draw Your Own Conclusions by Social Sloth Games, I said to myself, “Self, that’s a really novel idea.” As someone who is a huge fan of cooperative games, this really struck me. To be perfectly honest, I especially liked the idea since I don’t draw well. 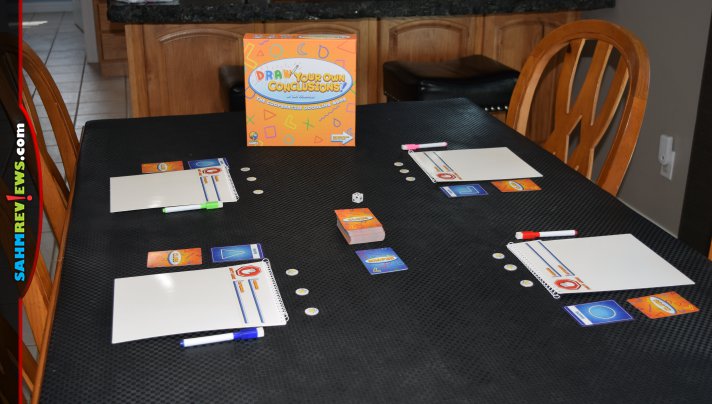 The idea of Draw Your Own Conclusions is quite simple. Players draw pictures and the people who didn’t have a part in their creation are trying to guess what it is. Get it right and you’re good. Get it wrong and the team loses points. I’m getting ahead of myself, so let’s start by getting the game ready to play. Take all the components out of the box and place them on the table. Shuffle the clue and shape cards separately. Each player takes a whiteboard, marker, three tokens and one of each of the two types of cards. On your whiteboard, write the name of the player to your right in the “guesser” space. 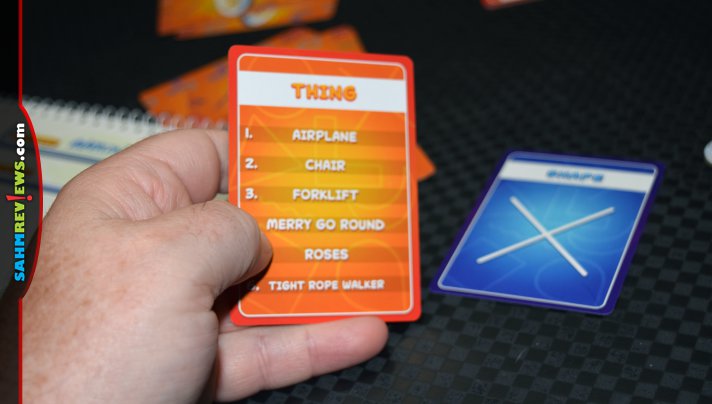 Have one person roll the die then everyone simultaneously looks at their card to identify the associated word. Write that answer on the space underneath the flap on the whiteboard. 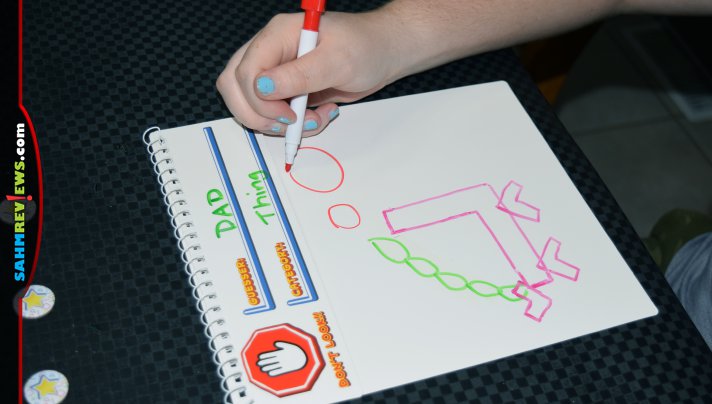 Here’s where the cooperative part comes into play. You are only allowed to draw using the shape on your individual card, but you aren’t tasked with drawing the entire picture. Draw up to five of your shape in places that might make sense for the image you are trying to get your guesser to figure out. 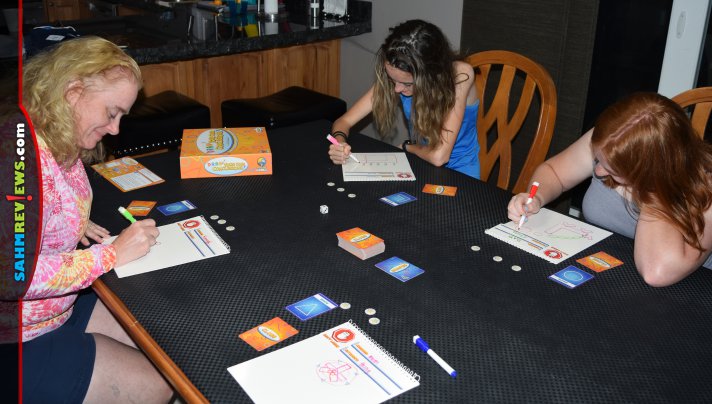 Once you’ve done that, pass your board to the person on your left. Each time you get a new board, check to see if your name is listed as the guesser. If so, stop there. If not, look under the flap to see the word you’re trying to convey for THAT board’s guesser. Once again, using up to five of your designated shape, add to the existing drawing. 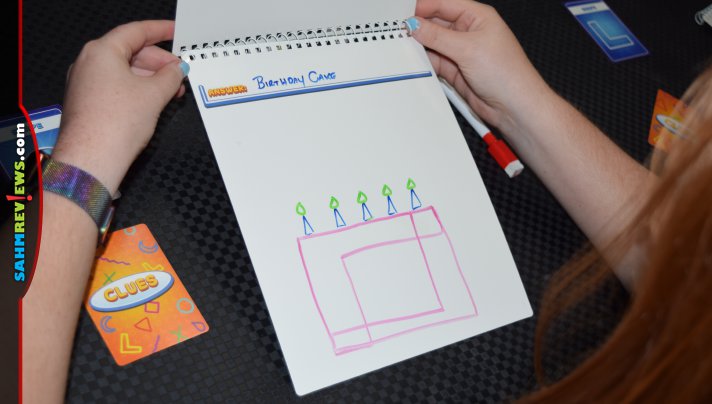 Keep repeating this process until you’ve received the one you are tasked with guessing. Take turns going around the table with each player attempting to figure out the image that everyone else contributed to. If you get it right, you’re done. If you get it wrong, you lose one of your tokens and may try again. You may continue to guess up to three times (one for each token). After all players have completed this phase, redistribute the tokens so each player has as close to equal as possible. Using the grid in the rule book, determine how well your team did.

Draw Your Own Conclusions is a fun implementation of cooperation in a drawing game that encourages everyone to do their best. You only need to draw basic shapes in order to play so it’s approachable for people even with the worst artistic skills. You can play up to eight people so include as many as you can so you have lots of shapes and creative minds working on each masterpiece. You can pick up a copy direct from Social Sloth or on Amazon. If you want to shop local, ask your neighborhood game store about availability. Draw your own conclusions about what else Social Sloth Games has shaping up by visiting them on Twitter and Facebook.

What is your favorite shape to draw?

19 thoughts on “Draw Your Own Conclusions Cooperative Drawing Game”