Yahtzee is probably one of the first games everyone played when first introduced to board games. Everyone loves rolling the dice, pushing their luck, and trying to get the highest score possible. Plus, there’s the rush of excitement when you finally roll five-of-a-kind and earn the elusive Yahtzee! Here’s a fun fact – the odds of rolling a Yahtzee in one throw are only 0.00077% (about 1 in every 1,298 throws). But the odds of a true Yahtzee where you can save and reroll the ones you want are much better – 4.6% (one in 21)!

One of the drawbacks of a full game of Yahtzee is how long it takes. You must wait for the dice to pass around the table and then decide which ones you’re going to keep and which you want to reroll. Since every player must fill in their entire sheet, a four-player game consists of fifty-two turns (each person has thirteen spots to fill in)! Back in 1974,  E.S. Lowe thought they had the solution with their updated version, Challenge Yahtzee. 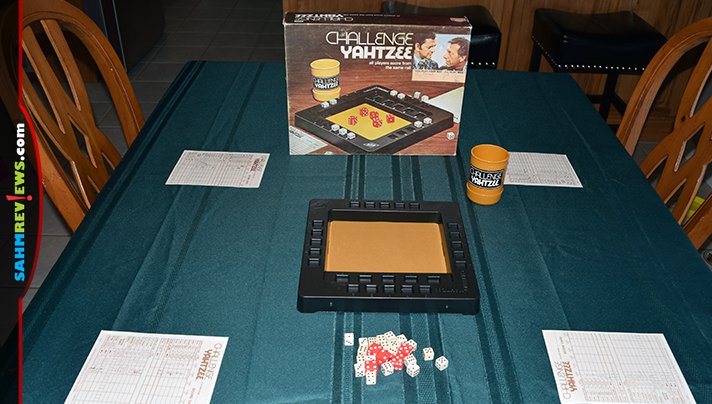 The goal of Challenge Yahtzee is the same as the original – fill up your scorecard by completing the various challenges (small straight, 4-of-a-kind, etc.). What makes it different is the way in which players complete their goals. 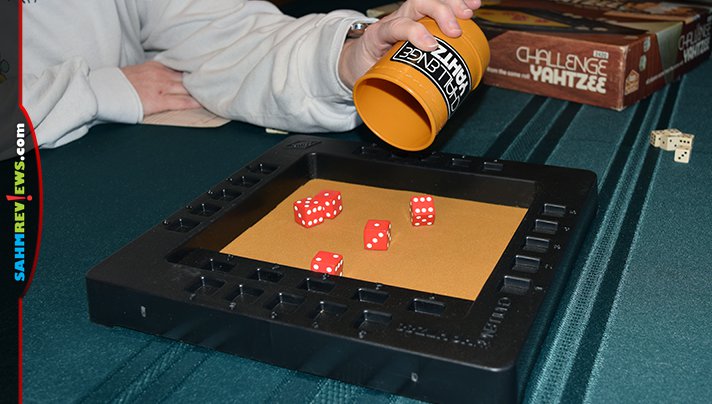 Setting up the game is very quick. Give each player a score sheet and five small dice to keep in front of them. Place the plastic game tray in the center of the playing area and pick a start player. Challenge Yahtzee is played over thirteen rounds with each round being controlled by one person. This responsibility passes clockwise each round and begins with the active player rolling all five large dice into the plastic tray. 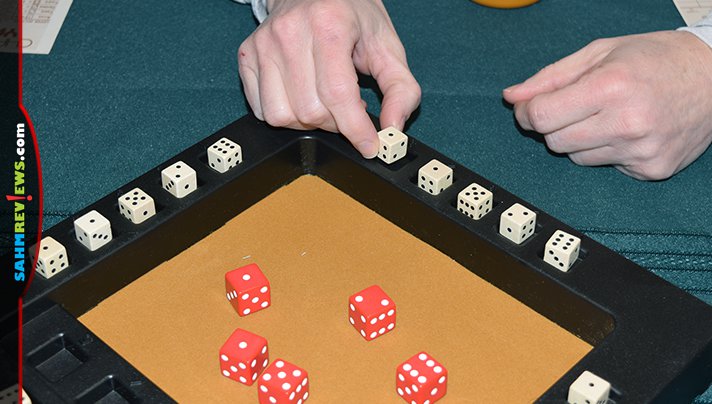 The results of this roll are copied by each player with their small dice and placed in the recessed areas of the tray directly in front of them. At this point each player individually decides which of their own dice they wish to keep and which they want re-rolled. The dice they don’t want are removed from the tray and put back in front of the owning player. 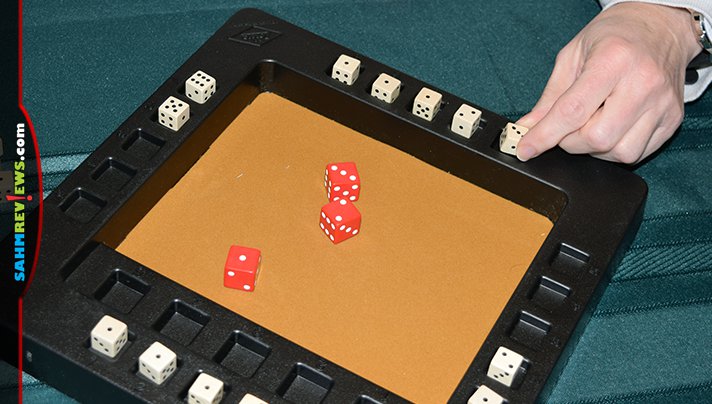 After everyone has made their decision, the active player re-rolls several large dice equal to the lowest number of dice needed by any player. This is the new result for that die and is again duplicated by all players with their small dice. The active player keeps rolling until all players have five dice in their tray area once again. 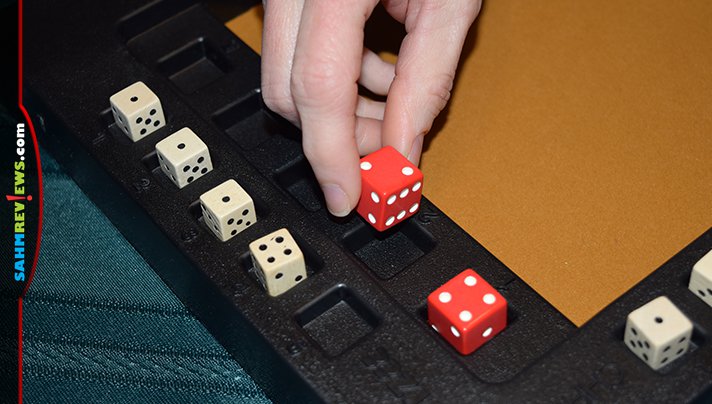 Another round is played in the exact same manner, after which the round ends. With their own dice results, players must write their score on their score card. If the dice results don’t fit in any of your challenge areas, you must write a “zero” in that box. And as in the original version of Yahtzee, there is one “Chance” box available where you can simply sum up the total of your dice and take that score. But only once. 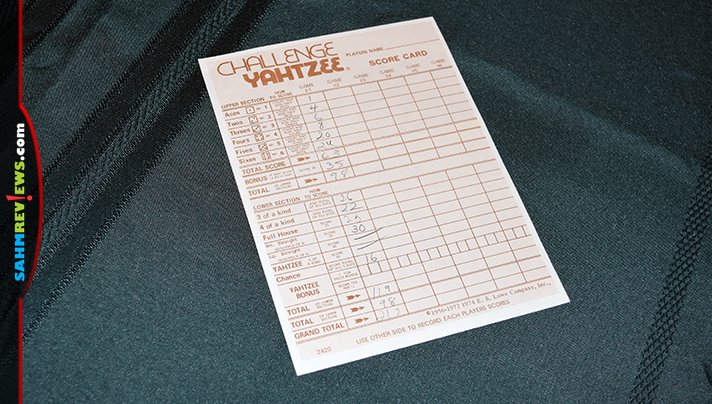 After the 13th round is completed, the player with the highest overall total wins Challenge Yahtzee! It is much like the original game, except you don’t get to roll as often. This leads to a much quicker experience and someone to blame if the rolls don’t go your way! You can easily find copies of Challenge Yahtzee on eBay for under $20 shipped or keep an eye out at your local thrift store. Take time to open the box before purchasing as the smaller white dice are usually the first to be lost!

Have you ever played this popular version of Yahtzee?