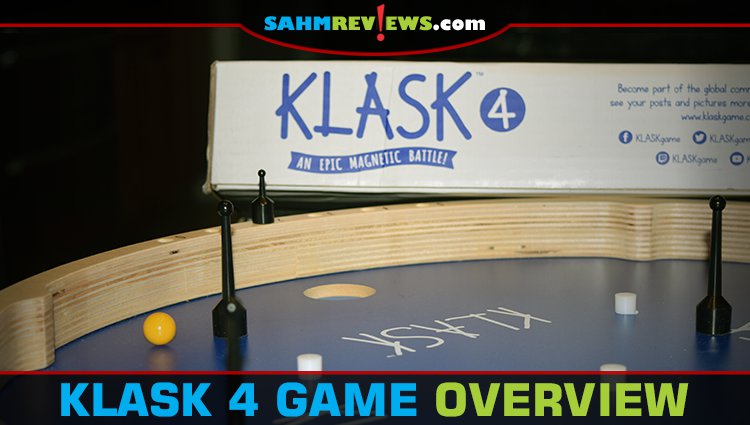 A few weeks ago marked the seventh anniversary of the first time we attended the Chicago Toy & Game Fair (ChiTAG). It had been on my bucket list since I lived in California and learned that it was the only show of its kind that was open to the general public. In addition to being able to meet the actual designers behind the products, it was also an opportunity to be among the first to see and try out new and innovative games and toys. It was always interesting to see which products the public would flock toward. As an example, one year we couldn’t even get close to what looked like a tabletop game of air hockey. That was actually an early introduction to KLASK, a 2-player game that incorporates magnets into a unique battle game. 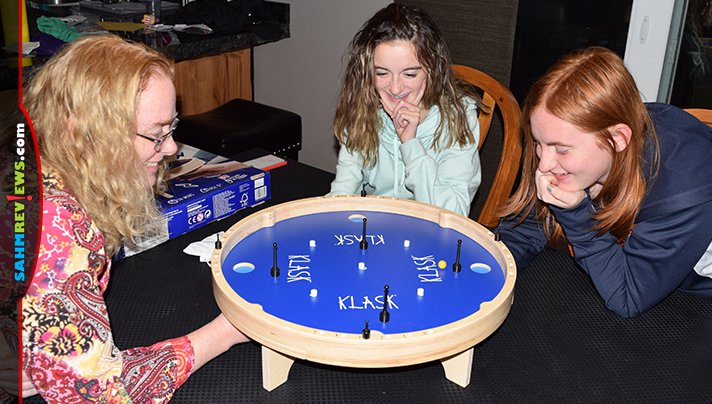 KLASK is a sensation that has spawned a cult following and international tournaments. The only setback to the game is that it could only accommodate two people at a time. This year while attending Gen Con, we were introduced to KLASK 4, a version of the game that is designed to play up to four (hence its name). The game play is very similar to its namesake, but there are no corners to hide in with this game! 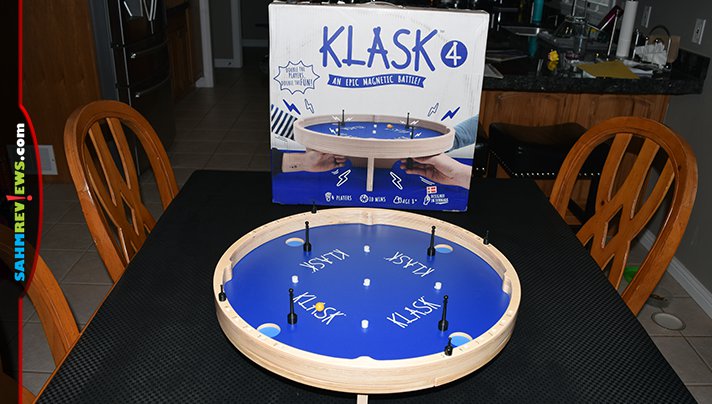 Setting up the game is as simple as recruiting up to four people to play, pulling the game out of the box and finding a table to accommodate it. Orient the board in the center of the table with the recessed circles facing a direction where a player will stand. Four magnetic strikers are placed on the board and the steering magnets are placed UNDER the board. Scoring markers are dropped into the “5” slot on each scoring track. Distribute five white magnets onto the white spaces marked on the board. 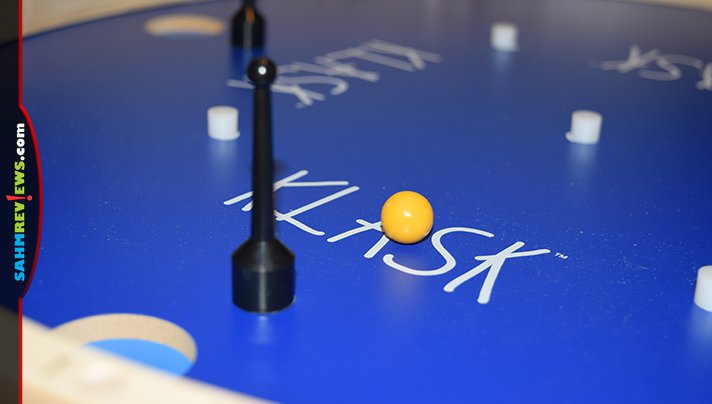 The purpose of the game is to use the magnetic striker to hit the ball and score it in one of your opponent’s goals (the recessed circle) while simultaneously guarding your own and dodging obstacles. Management of your striker takes place by maneuvering the magnetic steering piece that is on the underside of the board. Each player begins with five points and you lose a point when certain things happen. The player with the most points when any player reaches zero is declared the winner. 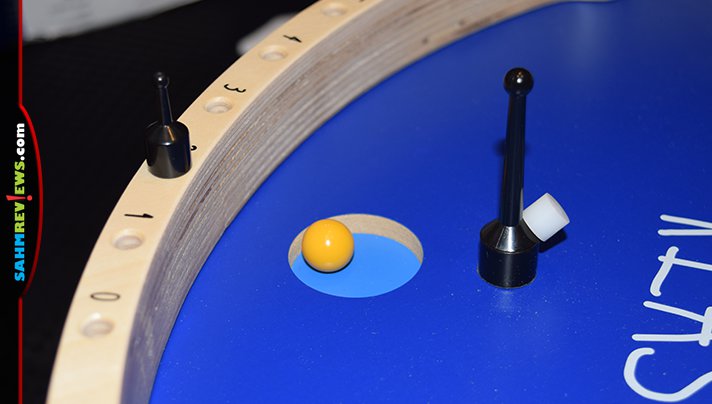 The most obvious way to lose a point is if someone hits the ball into your goal. Whenever someone loses a point, the game stops and the player adjusts their scoring track. All five of the white markers are returned to their starting place and the ball is given to the player who lost the point to serve for the next round. However, the game isn’t as simple as smacking around the ball in hopes of landing it in someone else’s goal. There are other ways to lose points besides that! 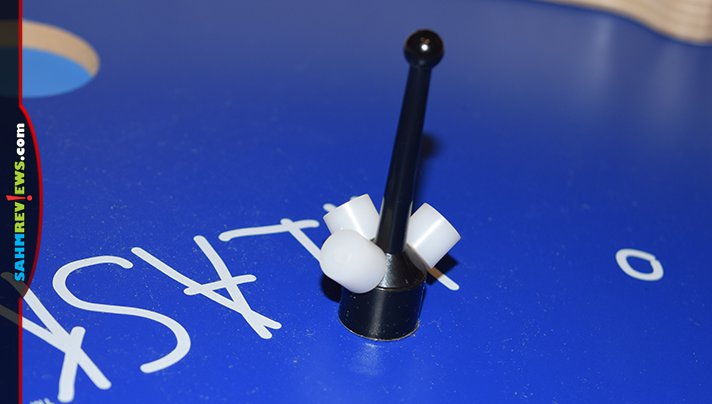 Remember those white pieces we put on the board during setup? They aren’t just there as bumpers in a pinball game. They’re magnetic… as is your striker piece. As you flail around the table to try to hit the ball and protect your own goal, you also need to steer clear of these because they’ll get attracted to your magnet if you get too close! If 2 (or more) white magnets stick to your striker, you lose a point. 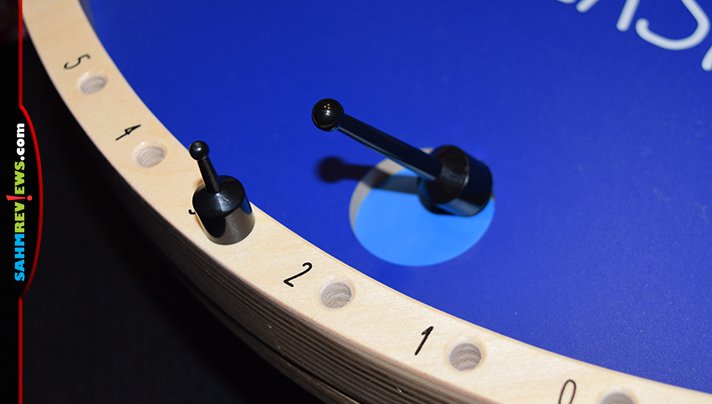 Unlike a game of air hockey where you can willy-nilly move your guard around, in KLASK 4, striker control is pretty important. If you lose control of the striker and cannot regain it, you lose a point. If you accidentally pull your striker into your own goal, this is known as a KLASK. Regardless of whether you are able to escape from your goal, you still lose a point for this.

KLASK 4 offers not only this head-to-head match-up, but there are also rules for team play giving the game even more variety. We think it’s a fun (and crazy) game for all ages and included KLASK 4 in part two of our guide to family games. If you are interested in this game, you can find KLASK 4 at Target. Be sure to check out the KLASK social channels to learn about their tournaments, events and news. You can find them on Facebook, Twitter and Instagram.

Have you ever played KLASK or KLASK 4?